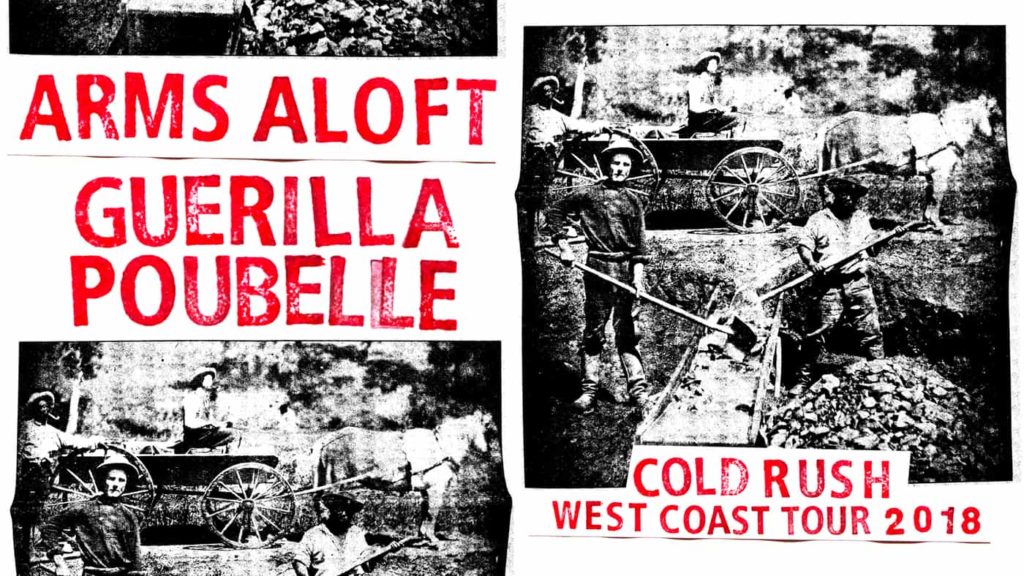 Paris, France’s Guerilla Poubelle will be heading to the US in July to meet up with Red Scare labelmates Wisconsin’s Arms Aloft to embark on the “Cold Rush Tour.” The sixteen day jaunt commences in Seattle, heads down the West Coast to San Diego before heading into the Southwest to hit places like Laramie, WY and Denver before ending back in the Midwest, in Chicago.

We sat down (on one side of a computer screen) and chatted with Till from Guerilla Poubelle and Seth from Arms Aloft about the Cold Rush tour, past adventures, and the recently announced Fest lineup.

Check out the below tour poster and scroll to the bottom of the interview for the full tour dates! 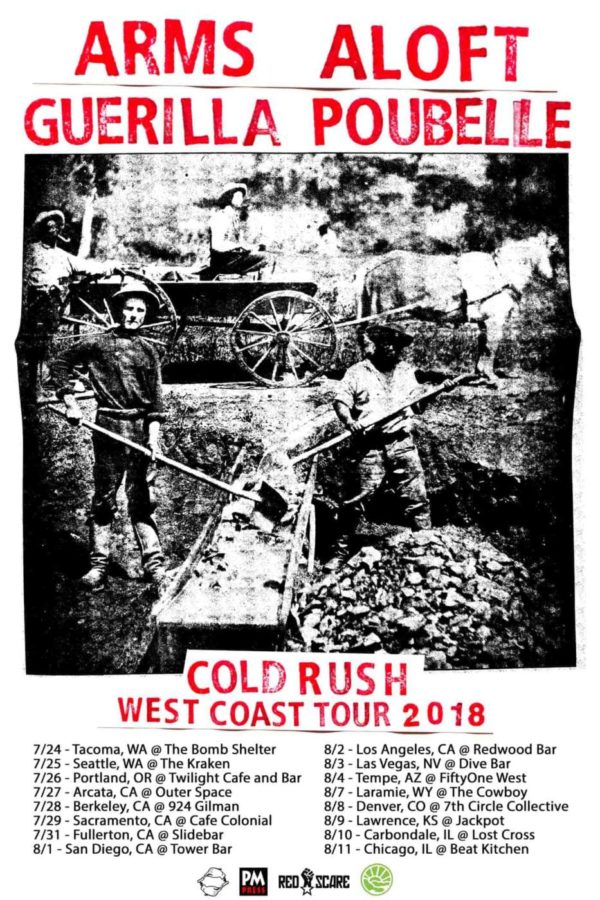 We first spoke with Till, the singer and guitarist of Guerilla Poubelle –

Both bands have toured together before, both in the US and overseas. What is one of your favorite memories from one of those tours? 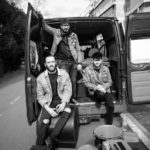 Wow, I have so many cool memories with those idiots! We played shows in a bunker, in weird squats, in a abandoned elementary school, on a boat, in a sketchy biker’s club in Belgium. But I guess the tops is that song “Smells Like Guillotine Spirit” that we wrote on tour and recorded together on the last day of our European tour last year. I just watched the tour video we did for that song earlier. It made me super melancholic and really eager about this upcoming tour!

Are there any must see places or cities that you want to see when you tour the US this time around? If so, where and why?

We have never been to most of the places we’re gonna hit on this tour. I totally trust Arms Aloft for impressing us with these parts of the States: that Pacific Coast, California, Grand Canyon, Yellowstone Park, Las Vegas, baby!  We’re gonna play 924 Gilman too, a pretty legendary venue!

The current administration has had a huge hand in upsetting travel into and out of the country.  Do you have any issues now traveling to America?

It’s crazy but yeah, we have to lie about it to get in. We are doing everything to make it easier. We’re traveling without any gear, merch in made locally, it’s Summer so it’s more believable that we allegedly travel for holidays. I’m gonna shave that terrorist beard and cover all that prison tattoos with long sleeves. We should be good… fingers crossed ! Plus, never tell a Customs officer that you’re unemployed! They tend to think that your sorry ass comes to steal jobs.

Fest has announced their full lineup.  What are your top 3 Must See Bands for this year?

Hell yeah! I haven’t even checked the lineup yet, haha. I usually do it on the plane to the States. But I know I’m exited to see Arms Aloft killing it as usual; they literally made me cry a couple years ago at their Fest set.

We’ll be on tour with our brothers Lost Love from Montreal and I know I won’t be missing their set for anything. Our homies Traverse from Paris are coming too. They have a new album that rules and I’ll be in the front row raising my beer and singing along!

Next up was Seth, frontman and guitarist of Arms Aloft –

Both bands have toured together before, both in the US and overseas. What is one of your favorite memories from one of those tours? 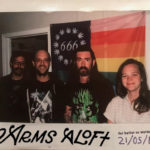 Yeah, I just have to second what Till said. I’ve lost track of how many weeks we’ve spent in a van together so far, but there’s a reason we keep touring together. We have extremely good luck finding good times when we all get together. It’s a non-stop highlight for all of us, even on the shit days. We’ve seen so many totally gorgeous or scary or ridiculous places with Guerilla Poubelle, but mostly in Europe. I’m hardly complaining, but as far the U.S. goes, we haven’t done much that wasn’t Fest-related. It’ll be great to try and show these guys some of the West Coast. And show the West Coast that the GPxAA party is the one to join. Haha.

Are there any must see places or cities that you want to see when you tour the US this time around? If so, where and why?

We haven’t been west of like Fargo in… shit, forever. We haven’t been to most of these places in 6 or 7 years, if at all. So it’s all fresh to us, really. It’s pretty exciting to get to play Gilman, even though it’s not punk to say so. But really, all the cities we’re coming to have all been kind to us in the past, and I’m not even a little mad about driving down the PCH or through Yellowstone for some of those days off.

The current administration has had a huge hand in upsetting travel into and out of the country. Have you had an issues crossing state lines or traveling somewhere like Canada?

This question is pretty legitimately scary. To be fair, it wasn’t much easier to get in or out of the country under Obama or whatever other administration. But we’re also all fuckin’ white people, which obviously is the point of all his immigration policy, ultimately.

The reality for as long as we’ve had any reason to know about it is that foreign bands either spend a lot of money and navigate our absurd immigration system to get a piece of paper that allows you to legally come here and make $40 a night and sleep on floors and sell records for a loss… or… you uhh… “are on vacation.”

If you could give advice to the readers about the best way to handle the current administration, what would that piece of advice be?

Good lord, who can say? Just be smart. And don’t be content with being “not a Nazi.” Cut out the “resistance” crap and start figuring out what the left is going to do if we ever do get our hands on any power.

I don’t know if you saw this shit Trump was talking about yesterday, but something to the effect of immigrants coming in and “ruining” the U.S. like they did in Europe. That’s crazy! Immigrants did come in and ruin this part of the world once, and they were fucking European and they were your grandparents. That kind of talk is such a blatant endorsement of a literal Western, White, patriarchal ethno-state. And he just drools it into his first Diet Coke of the day to a crowd of online hooting tubs of margarine.

Maybe I’m nuts, but it seems like every time I think he’s gone as ’38 as he’s gonna go, he tweets the 14 words or something even wilder than I’d come to find normal. Easy to forget he opened his campaign by calling an entire nationality of people rapists. But I guess just as easy to forget that the flipside of the mainstream, political coin right now is a party who had no problem with record deportations when it was their liberal guy in charge but now wants to hold the dumbest man on earth accountable for caging children.

Wait, what did you ask? I guess my short answer is another world is possible and necessary and waiting for us.

On a more positive note, Fest has announced their full lineup. What are your top 3 Must See Bands for this year?

This will be the year I get to see Gouge Away. I fucking know it. They will be in a big enough room that I will get to go. It will not be at the same time as us.  I’m gonna do a lousy job of answering this otherwise.

It’s just about seeing buddies play. I’ve not seen Quitters before and pretty excited to do that.  Having seen them 100 times in my life, I still absolutely will not miss Guerilla Poubelle. They’re unreal every time. And that’s not just trying to sell you tickets for these gigs, ’cause I don’t think that’s even a thing.