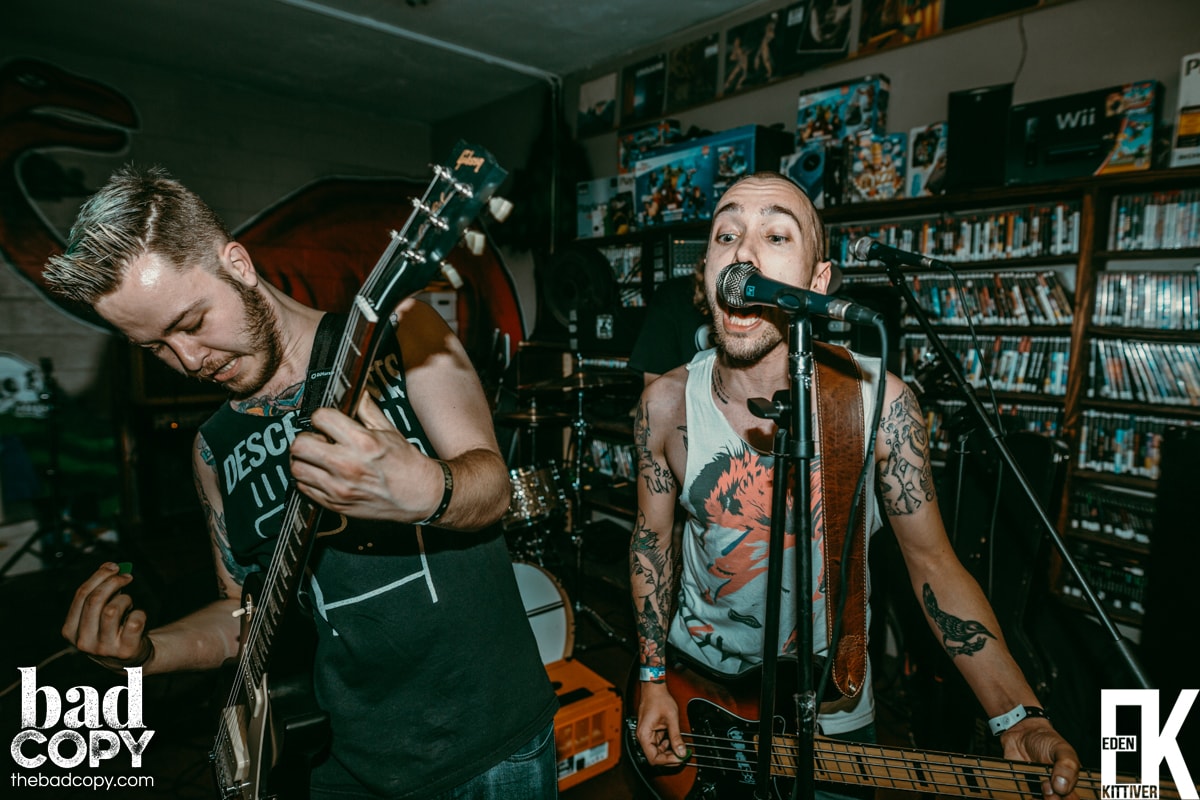 I don’t remember when or how I found out about Salt Lake City’s Problem Daughter. I feel like I’ve been listening to their release Fits of Disorganized Boredom for most of my life. But that can’t be right… because it was released in 2016. But like almost every band I’ve met through the La Escalera Records Family, I loved their songs and then, once I met them, loved them as people too.

Somewhere along the line, their popularity started to move from West to East with the weather and others in the Midwest and beyond started to discover how great the band is as well. Their set during Fest 17 was one of my favorites as friends that I’ve made throughout the years from all over the country sang and drank and danced along to their songs. The Sunday after their Fest 17 set was great as well, as Regan and I drank at least half of the alcohol left in Gainesville and terrorized the city with our antics. But I digress.

On Friday, March 22nd, the great people at Wiretap Records and Bearded Punk Records (EU) will be releasing Problem Daughter’s new full-length album, Grow Up Trash. Today, we’re so very excited to be streaming the album in full. Listen to all ten songs now and check out the below interview. I spoke to the band about the writing and recording process, future plans, how they’re haunted by The Wallflowers’ “One Headlight,” and more!

This album feels more solid than its priors – lyrically, musically, fully. While I know that the band has been together for some time, it feels like you all really have gelled as a band and are moving forward together towards the same goal and sound in this one.

Let’s first start out with any differences in the writing and/or recording process between Grow Up Trash and Fits of Disorganized Boredom (2016)? 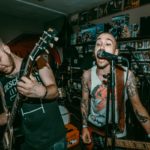 The writing process has been the same, Joel Pack produced again. We recorded it in chunks and we had a good time. The only difference is that we’ve all been going through different shit, personally.

How did the band come to the table to decide that “Self Amusing Smile” and “Modern Stigmata” were going to be the singles off the album?

It was crazy. “Self-Amusing Smile” was the last song we wrote for the album. We played all of these songs to Joel before we recorded and he picked those two songs to record and complete first. Then Rob from Wiretap heard the record and he felt the same way. Then BAM, BABY!

Tell me a little bit about the title of the album, if you will. How does it represent the whole of the songs it encompasses?

Regan: I dunno I wanted to the name the album “Do Shut Up” or “Lefessier.” But we picked “Grow Up Trash” because it is pulled from the first line of the song of the album “Pocket Sand.”

It’s a feeling I can never shake. I’ve done a lot of shitty things growing up. And though I know in my heart I’m doing better, my head will never let me move on from it. I’ve grown up trash and really, I hope I can break that cycle, somehow.

What is one album, artist, or band that you were listening to heavily when writing the album that no one would believe was a musical influence of yours?

Holy shit. Easy. Every time we get in the van, The Wallfowers’ “One Headlight” comes on. Then about an hour into the drive, “One Headlight” somehow plays again. Then during hour #3… you guessed it. ONE HEADLIGHT!

My Mom said it’s alright (and my mom doesn’t like anything).

You recently announced a small string of tour dates in April. What other plans does the band have coming up?

We have more tour dates we are going to announce soon. We have some more music videos in the “can.” This is the year we figure out the “online store” and maybe we will finish that damn novel.

If each member of the band was a food, which food would they be and why?

Regan: Just some bread.
Trey: Beets. Because… beats.
Tyler: A backpack full of Pabst.
Shane: That Christmas candle that smells really good and you secretly wanna eat it.