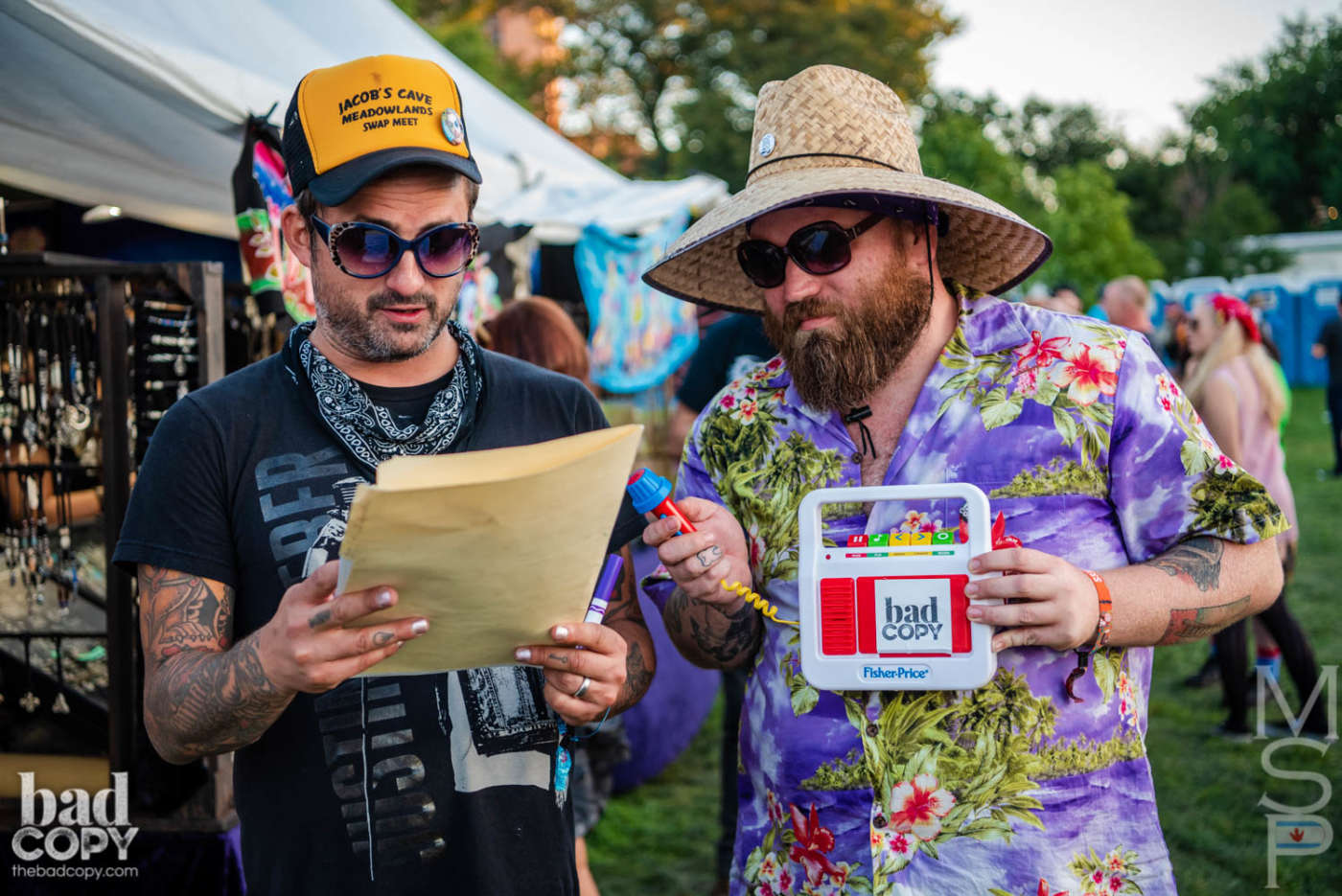 Much like Andrew WK and GWAR, it’s not really Riot Fest without Brendan Kelly. While this has been the first year in some time that one of his numerous bands (The Lawrence Arms, The Falcon, Slapstick, The Broadways, The Wandering Birds) did not play the festival, he was of course in attendance. We found Beex with his lovely wife, Abi, just outside the Red Scare Party Tent. Check out their joint effort BAD LIBS! 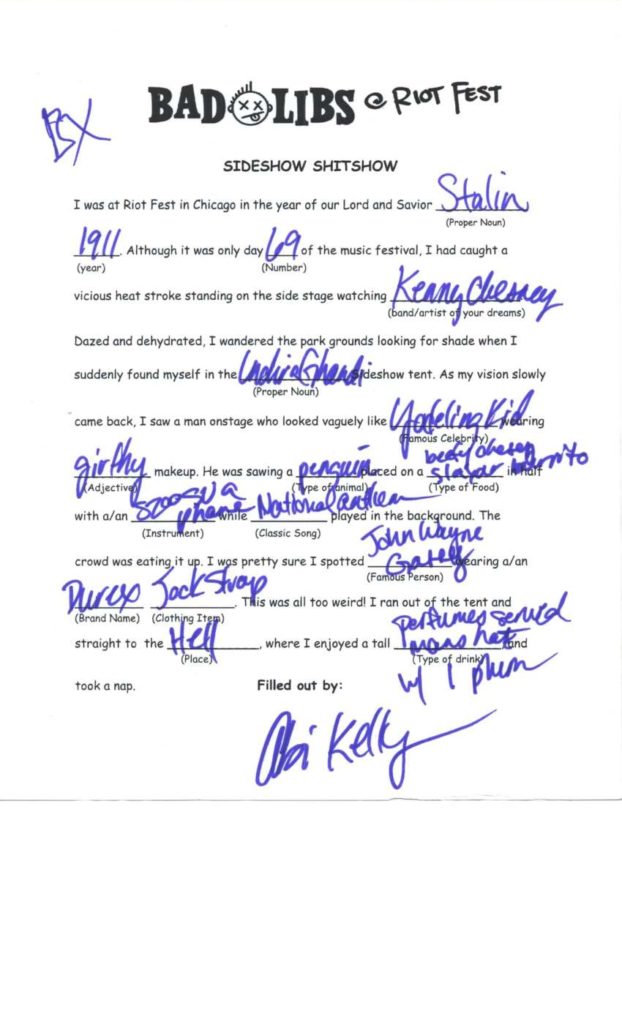 And here’s a few photos of the couple in action along with Brendan reading his answers: 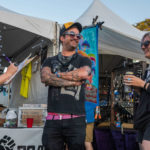 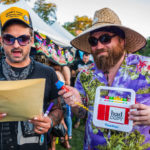 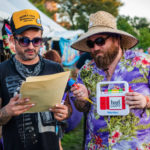