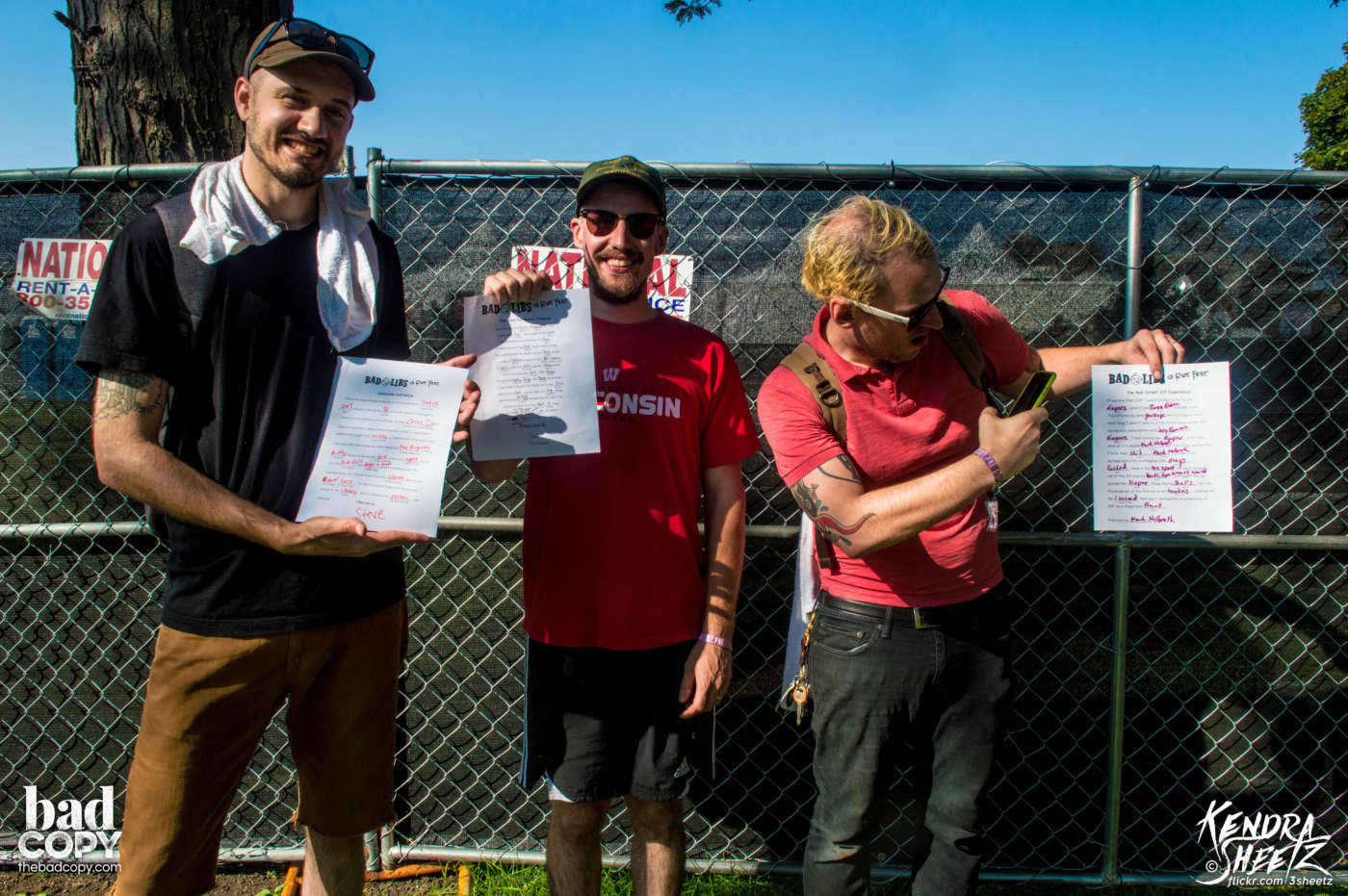 If we made a list of bands that we’ve covered the most on this website, Direct Hit! would be in the top three for sure. The Milwaukee (and kind of Chicago?) based band has everything that I love about a great punk band. Their songs are fast, powerful, and the band is actually made of up nice, intelligent human beings. Each of the four band members has such strikingly different personalities, we decided that we had to let each do their own BAD LIB. Except Devon Kay, who was no where to be found in the Press Tent. So fuck you Devon, also let’s hang out soon. 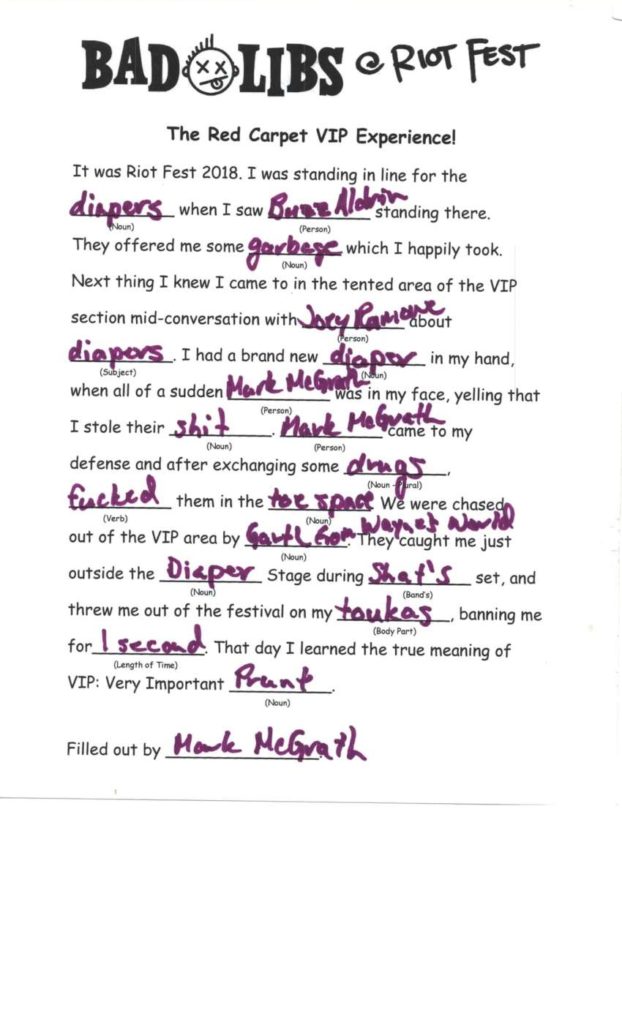 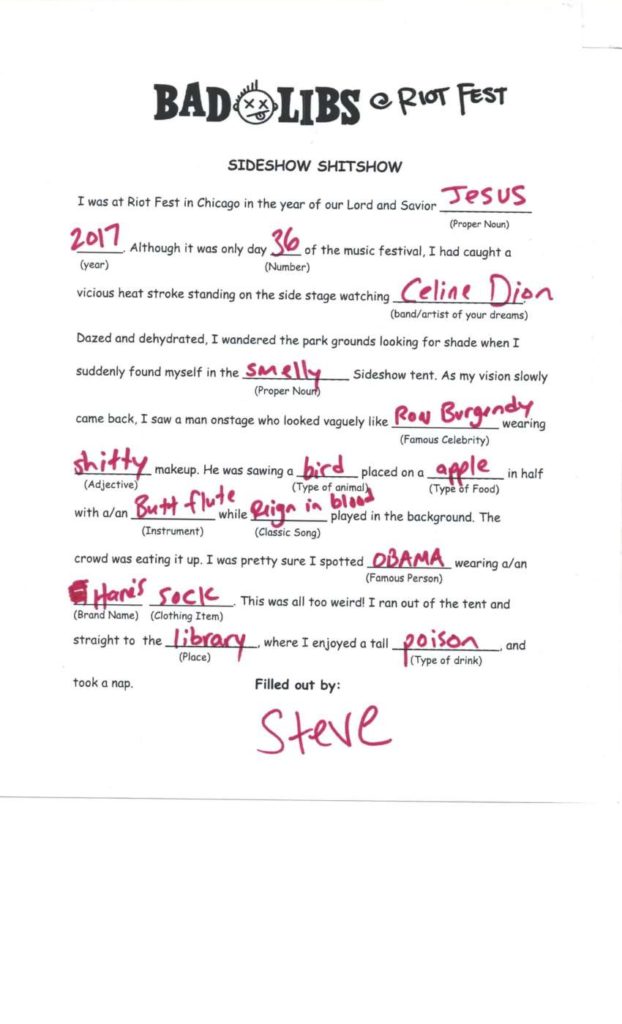 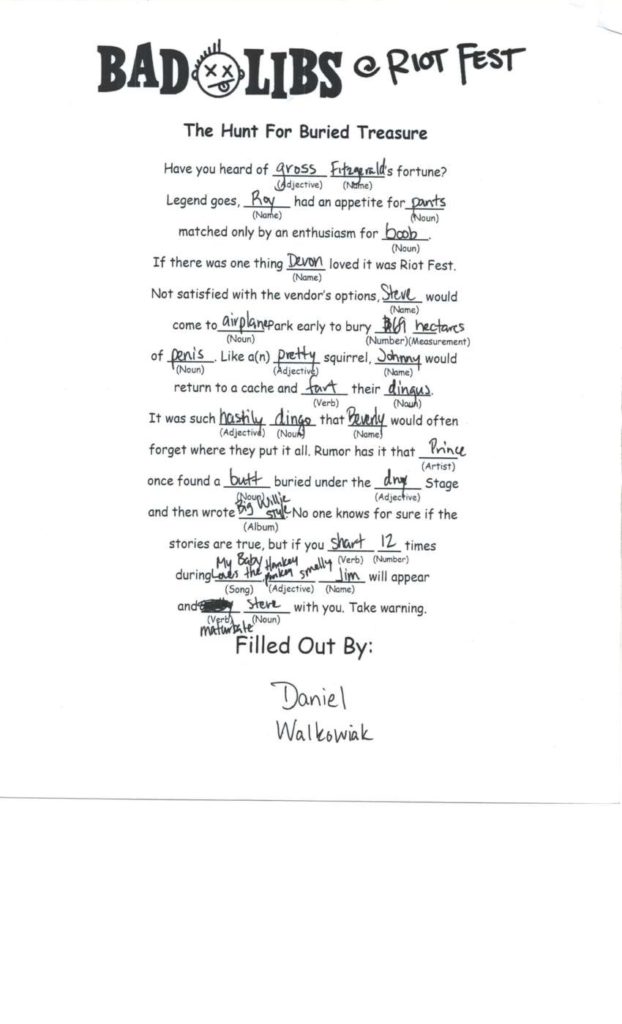 Check out these additional photos of the guys filling out and reading their BAD LIBS! 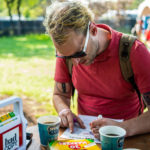 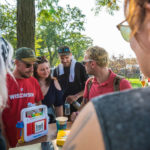 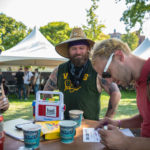 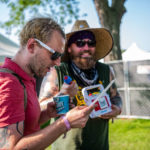 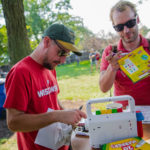 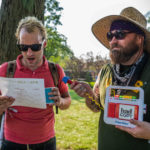