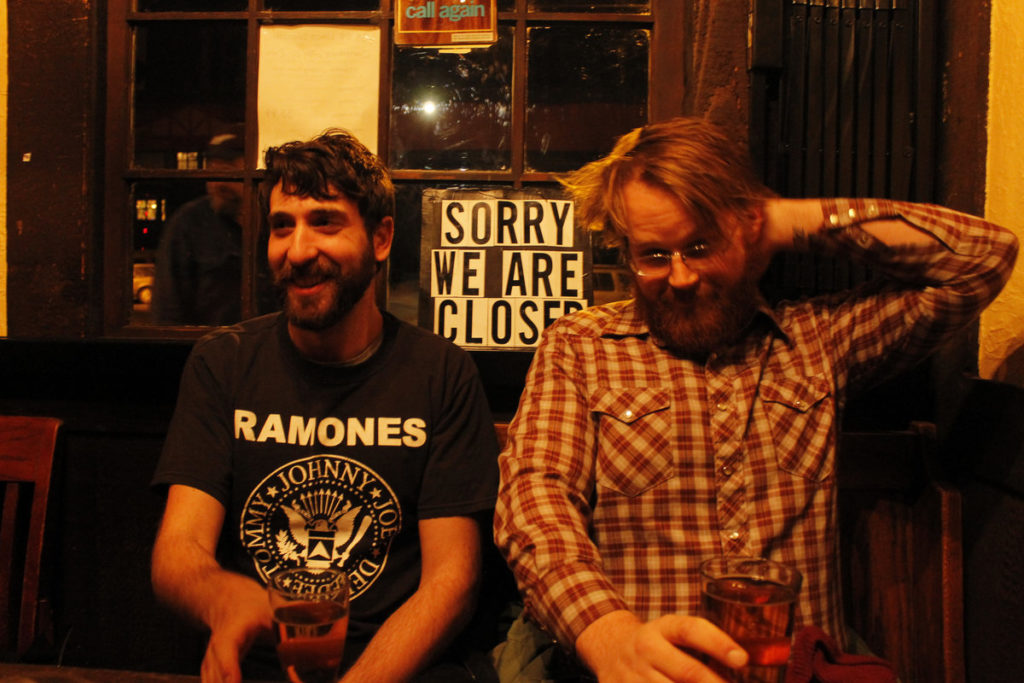 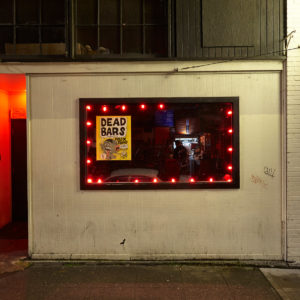 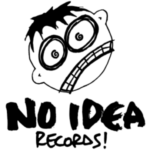 We were driving down the 5 freeway to who the fuck knows where. Knowing us, it was probably some dumb show or to get ice cream. I was sitting shotgun in my friend Lindsey’s car when, somewhere around Solana Beach, she asks me if I want to hear a new band she just found out about. Of course I did. There are few things I love more in this world than hearing great new music. She paused whatever was currently playing and unsafely took her eyes off the road. She turned to me and looked me dead in the eye and said she had to preface this band by stating something. “The singer can’t sing and the lyrics are really fucking dumb, but this band is so fucking good.” Okay, great. With that glowing review, I couldn’t wait. She hit play and cranked up the volume. Out of the speakers came the raspy shouting “I’ve got a bed/ That’s nailed to the wall.”

That was the start of my Dead Bars obsession. Fully embodying the “punk rock ethos”, the band does things their own way, and it shows in their music. I snatched up every split and EP they had out. I ditched watching friends’ bands at Fest to go see them instead. I told anyone who would listen to check them out.  And for my efforts and sacrifice, the music gods looked down on me and blessed the entire world with Dead Bars’ first full length album, Dream Gig, which was released on No Idea Records on March 10th, 2017.

In typical Dead Bars fashion, even their first full length is done on their own terms. Out of eight songs, one is a 40 second piano intro entitled “Overture” and another is a re-recorded version of a previously released track (and one of my personal favorites), the anxiety ridden “Emergency”. After the quick piano intro, “Earplug Girl” starts with the increasingly relatable line “This band is way too fucking loud”. The song moves into a tale about love and loss that starts when a woman gives up a single ear plug. But, the romantic connection is short lived when the recipient doesn’t smoke. They part ways with a “bad hug”. This is Dead Bars.

“Always Bet on Clark” is about moving to Reno and having fun with this game of luck and chance called Life. “D Line to the Streamline” may have some of my favorite lyrics ever in it. “Now I’m closing out my tab/ I am sad/ Blah blah, the sorrow/ I have work tomorrow.” I don’t want to call “Face the Music” pessimistic; it’s more of a realist’s point of view on the world and dealing with the fucked-up reality of life while trying your best. “Tear Shaped Bruise” is, at its core, a sad song. It’s about a past love getting married and you’re not invited to the wedding. But you have a bunch of mutual friends and they are all there having fun. So, you go to a show and get drunk and mosh it out. We have all totally been there. But what I’m going to take away from it is my new life mantra, “Get on the Whiskey train and dance the night away.” This brings us to the last song on the album, the seven and a half minute title track “Dream Gig”. It’s an anthem for older rockers who just say ‘fuck it’ and keep on trucking. The second half of the song is completely instrumental and even includes some horns thrown in for good measure until the track just fades out. Dream big indeed.

I think the thing that makes Dead Bars so interesting is that they are a punk rock every man. When I saw singer John Maiello play an acoustic set at Fest, he ended by saying, “this is just proof that anyone can pick up a guitar and do this.” Dead Bars is not drenched in analogy or hiding behind symbolism. While bands out there like The Menzingers are “demanding top shelf metaphors”, Dead Bars is just saying what’s on their fucking minds. Maybe that’s why their lyrics come off as “really fucking dumb.” As for the “singer can’t sing” part… yeah, you’re on your own on that one, buddy.

2 out of 2 ear plugs. Enjoy preserving your hearing.

Vinyl Nerds: Dream Gig is pressed on Gold Vinyl limited to 100 copies through No Idea Records. Get on it dummy. It’s still available!