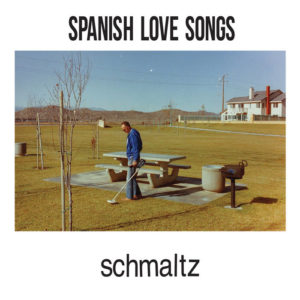 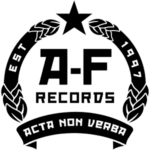 Spanish Love Songs never fails to make me feel all the feels and their latest release, Schmaltz, is no exception. The eleven-song album has lyrics that are so sincere, it makes my stomach ache. Every instrument on this record, especially the vocals, are just dripping with emotion. Dripping!

If you’re looking for songs full of affirmation and hope, this isn’t the album for you. That being said, whether intentional or not, these songs tend to leave me with a feeling of hope for the future. Maybe it’s because it makes me think that if the times these songs are sung about are so fucking depressing, it’s got to get better. Or maybe it’s from the exciting guitar riffs or the fun keys. Regardless, I’ve found that even though the themes of the songs tend to be depressing, they leave me anything but.

“Sequels, Remakes, & Adaptations” makes me want to jump around and sing along at the top of my lungs. I adore the false intro on “El Nino Considers His Failures.” “Beer & Nyquil (Hold It Together)” is not only a fantastic song title, but lives up to the expectation set by said song title.

In “The Boy Considers His Haircut,” the opening lyrics lament “my dad says that I’d probably have more fans if I could learn to sing about some happier shit.” But are those the kind of fans that you want? I mean, probably. Happier fans would probably come out to more shows. Still, please never change SLS.