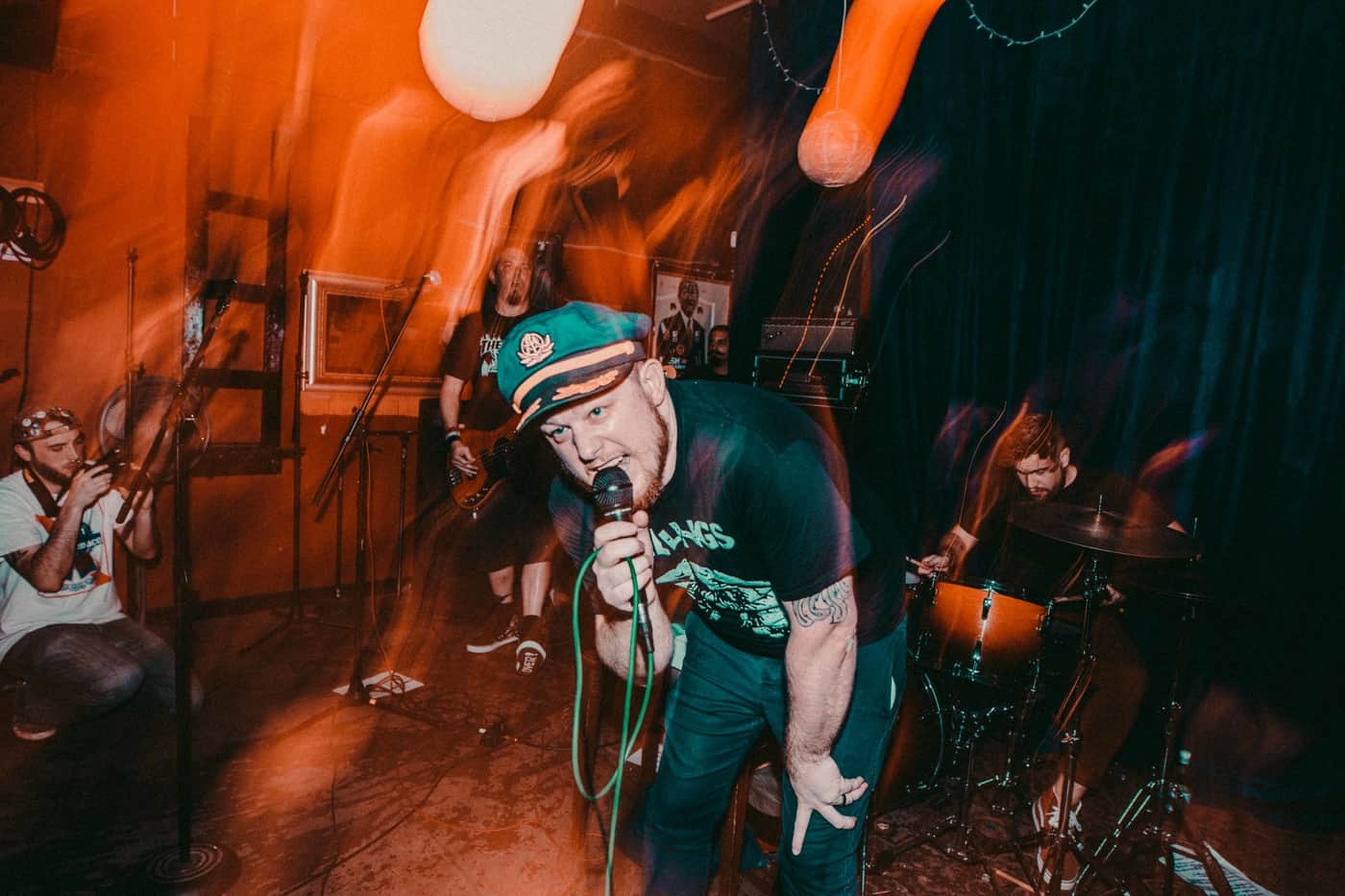 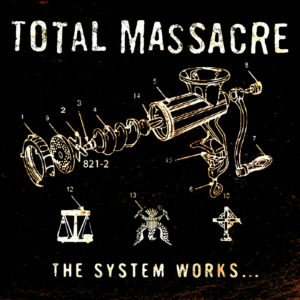 Are you upset about the state of the world today? Are you discontent with the current political climate?  Are you absolutely fed up with all the fucked up shit going on? Well so is Total Massacre. The four-piece from Los Angeles are angry, wanna do something about it, and are doing it FAST AND LOUD. This album is the essence of the phrase “politically charged,” making the hairs on your forearms stand up and ready to march faster than you can throw your fist in the air. Up to date on current events and pulling from classic political punk and hardcore, this band makes their own niche in the genre. The growling vocals, heavy breakdowns, wailing and shredding guitars, brutal drum hits and thundering bass all meld together into a unique, yet familiar feel we all know from being punks.

“A Real Big Fucking Problem” happens to be my absolute favorite track on this album. The rest of the album is fairly mid-tempo, but this song just slays full speed ahead, clocking at only 47 seconds. “The American Way” stands out on the album with a very Pogues-esque ballad that takes off at a gallop at the very end. “Presidential Harrassment!” is a song that I think speaks to many of us, as it literally screams “FUCK TRUMP.” I think there is no doubt after hearing that where this band stands on most of the issues they address on the album.

These cats are not on any label and are self-releasing it, ’cause they are punk as fuck.

The album, which has been released today, is streaming on Bandcamp, Spotify, and Apple Music. It will also available on vinyl through the band’s website and at their live shows. Total Massacre is playing Punk Rock Bowling’s Main Stage on May 26th (at 2:50-3:10PM) and are doing a short run in Southern California starting tomorrow, May 11th.

Pick up a copy of The System Works…, get pissed, and stay pissed.