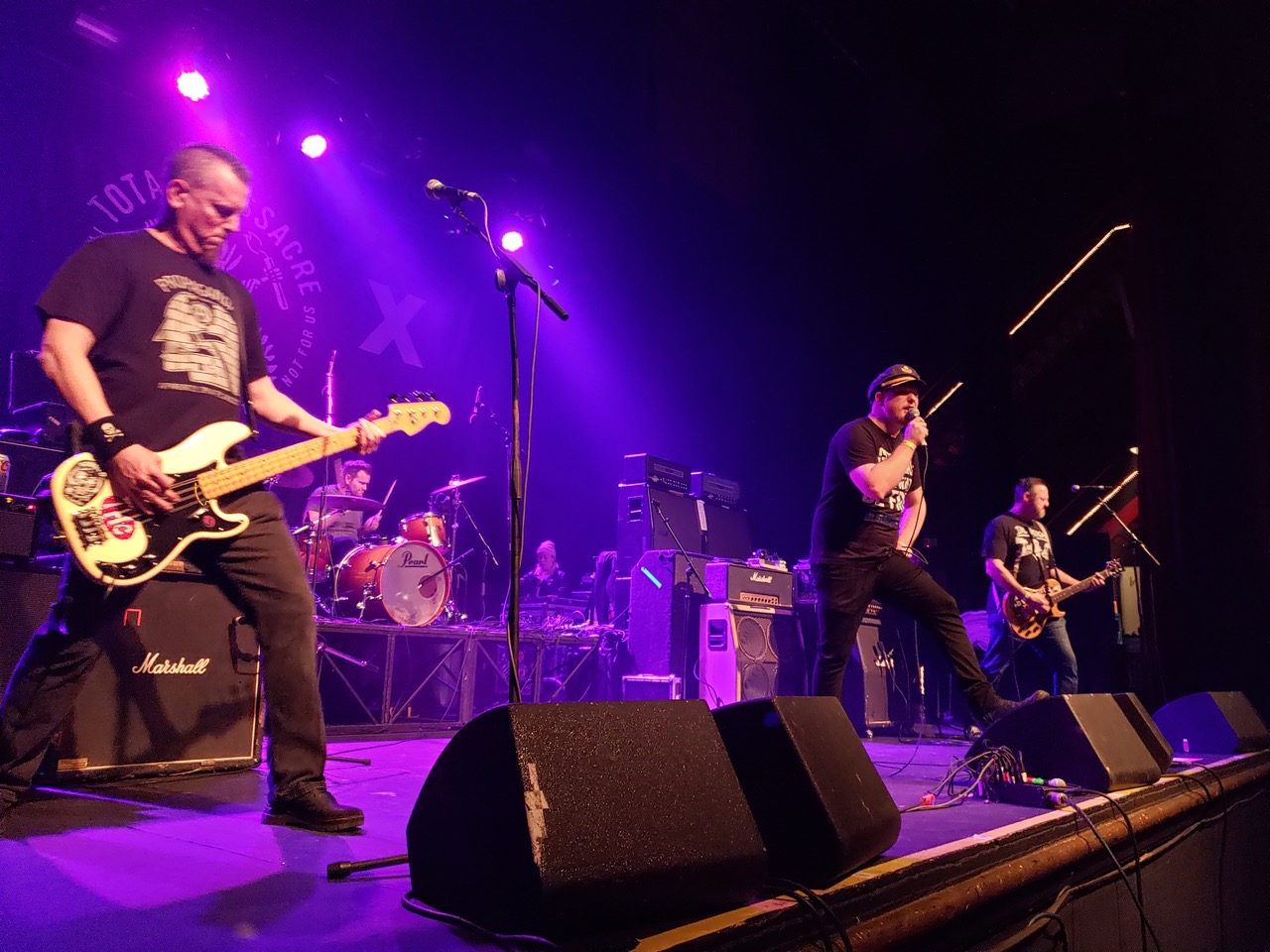 Punk Rock Bowling is only one week away and we wanted to do something to help celebrate one of the biggest parties in Vegas. So we fired off a lightening interview round with a number of bands who are playing this year’s famous desert festival.

We talked with Tom from Total Massacre about all things Vegas. The LA-based band will be playing on the festival’s main stage on Sunday the 26th at 2:50PM.

In case you have been deep in hiding for the last six or so months: Punk Rock Bowling begins on Thursday, May 23rd with club shows and the mainstage events begin on Saturday, the 25th. The party will continue all through the weekend into Monday, May 27th. Three days passes and single day passes are still on sale now! And a number of the club shows still have tickets available but limited, so grab your pass today!

Have you played PRB before?

We haven’t! Jeff and Mike Massacre played on one of the club shows back in 2010 in the precursor to Total Massacre called Punk is Dead. Now if you’re talking about bowling, Jeff has taken home the gold with the Epitaph team four times, and even took home the men’s high once with a score of 257! So if that doesn’t qualify us for PRB vet status, I dunno what does!

What is the #1 thing you MUST do every time you’re in Vegas?

Obviously the main thing you’ve gotta do is sit down at the gambling table or machine of your choice, and let the blinking lights and repetitive noises distract you from the inevitable ecological disasters that soon await us as capitalism completely collapses around our ears. Oh, and you can get a pretty good prime rib from the El Cortez, too.

What bands are you most excited to see or play alongside on this year’s lineup?

Christ, we could rattle off practically the whole lineup but The Stranglers for sure, and The Damned playing Machine Gun Etiquette, just for starters. We’re incredibly honored to be opening up for so many amazing bands that we love on Sunday like Fucked Up, Street Dogs, Drug Church, Adolescents, Refused, and Descendents! Getting an extra excuse to party with our friends from L.A. in Auxilio, Turbulent Hearts, and Informal Society is a really nice bonus too!

What’s the grossest item to eat from a Vegas buffet?

That’s tough to say, given how compromised the food supply is these days. Between factory farming and literal slavery being employed in the international seafood trade, you’re probably better off just eating the rich.

What’s your ‘go to’ gambling game?

Pai Gow, because yer Cap’n No Fun can sit at a table for six to eight hours pushing the same five dollars back and forth while knocking back free drinks.

If your band had a bowling team, what would the team name be?

We actually have bowled as a team once, but it turned out Tommy and the Cap’n aren’t that great at it. Pretty sure we were called “Jeff Wears Bowling Socks.”