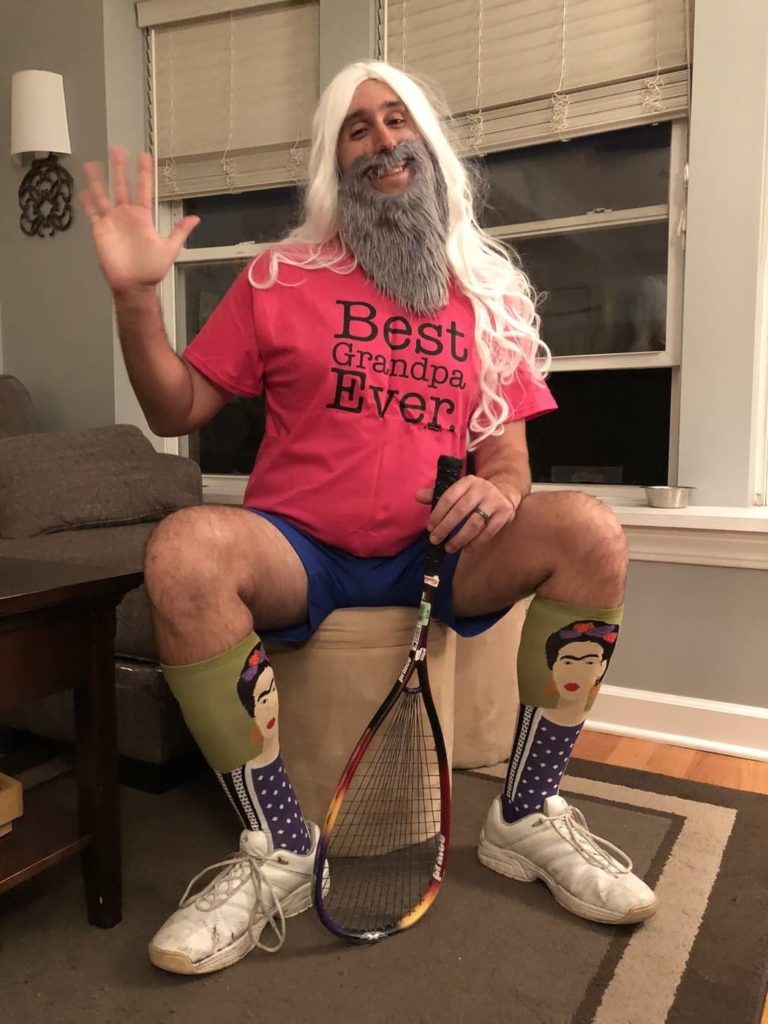 For well over a year now, we’ve been learning about the game of squash and watching The Eradicator climb his way up the D-Squash ladder one rung at a time. We don’t know much about the masked man besides his affinity for one racquet sport and how much he despises another.

But today, we’re taking you one you further into the life and world of The Eradicator and introducing you to a new character. He’s a squash man… too. Who is he? He’s The Eradicator…’s grandfather. He is… The Grandfather of Squash.

The inaugural performance for The Grandfather of Squash will take place on Friday, August 17th at Chicago’s Auxiliary Arts Center along with Dollar Signs, Davey Dynamite, and Bosley Jr. We’ll be there and you should be too!

In the meantime, listen to the song that The Eradicator wrote about his grandfather on last year’s self-titled release (Stonewalled, October 2017).