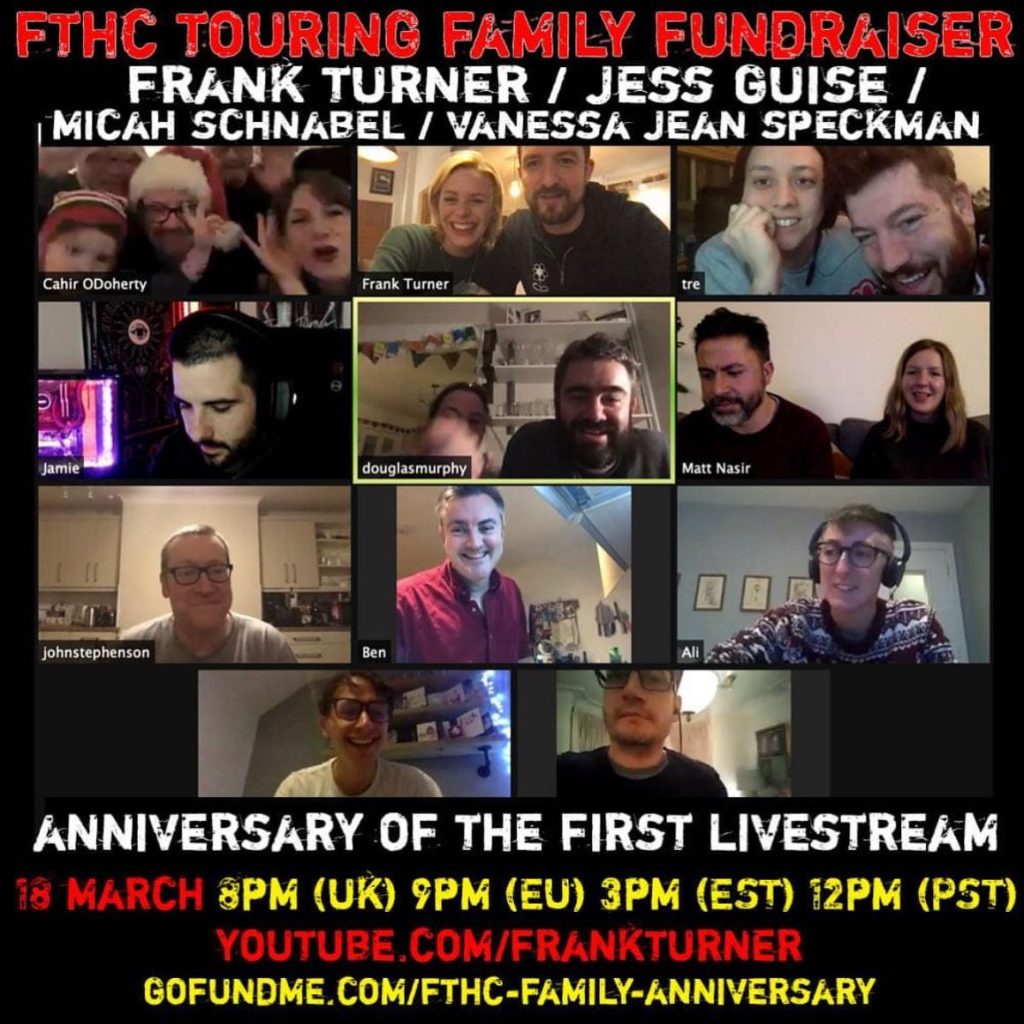 Micah Schnabel and Vanessa Jean Speckman will participate in the one year anniversary of the Frank Turner Touring Family Fundraiser this Thursday, March 18th. The fundraiser/performance will take place at on YouTube at 8PM UK, 9 PM EU, 3PM EST, and 12 PM PST.

“[At this time last year] we were still in London, figuring out how to get back home after tour was canceled half way through. Tre Stread, patron saint of all tour managers, was literally on the phone during the live stream gig with airlines booking us flights because the U.S. borders were closed and our American credit cards could not purchase flights out of the UK at that time.

Much like a regular gig day, we had pizza, pre gig paced and set the stage in their kitchen – a laptop on two beat up merch boxes and a coffee table book and a small stay soft stay brave lace banner pinned on the wall.”

That live stream benefited Frank’s band and crew, an amazing collection of humans, all integral individuals who keep the shows going.

This week they’ll be performing alongside Frank Turner and Jess of Guise for their last live streaming gig, which is a final fundraiser for Turner’s touring crew.

“Frank and Jess and crew have given so much to so many during these difficult times and I’m honored to be performing for their last live stream gig and benefit.”

Tune in to the performance this Thursday via YouTube and donate to the fundraiser today! 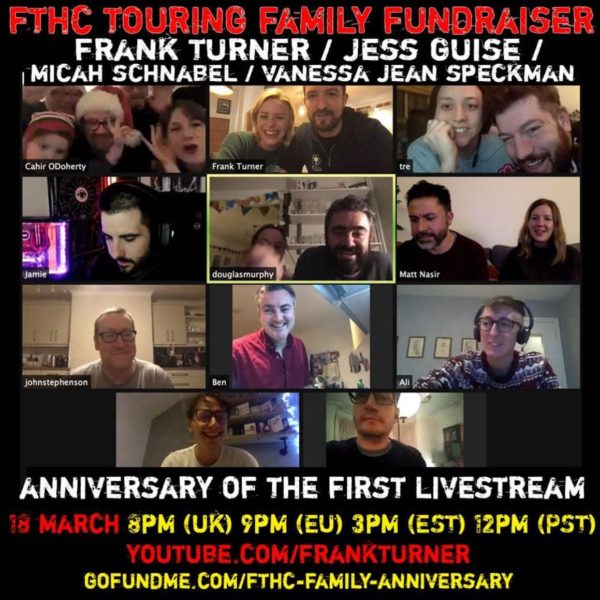