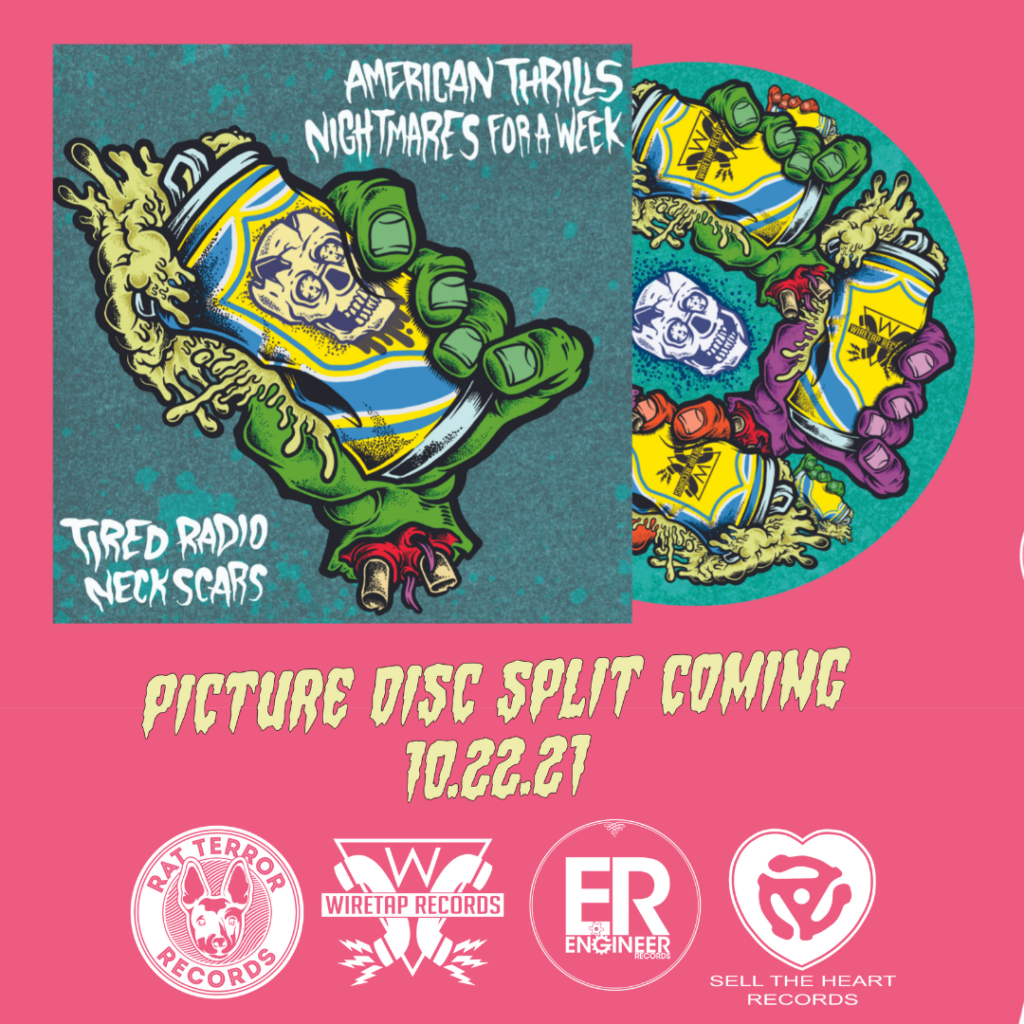 Northeastern bands Neckscars, Tired Radio, American Thrills, and Nightmares For A Week have teamed up to release a four band split 7″ picture disc to be released on October 22nd. The album features exclusive tracks from each band, and is being co-released via Sell The Heart Records, Wiretap Records, Engineer Records (UK), and Rat Terror Records.  Each label will have its own variant and is available for pre-order now!

Listen to the first single from the album, Nightmares For A Week’s “Main Street Market” below and keep checking back for more!