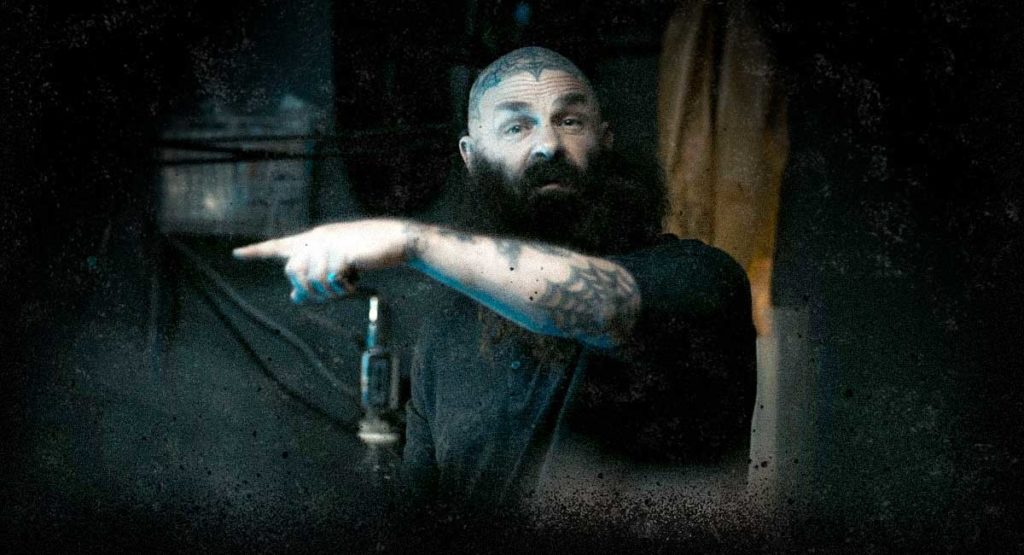 No stranger to the small screen, Rancid’s Tim Armstrong rounds out the cast of a new episode from Season 2 of Jordan Peele’s rebooted The Twilight Zone series.The episode, titled “8,” follows a diverse crew of deep sea scientists led by The Soup and Community star, Joel McHale. In it, the crew investigates a new species of octopus. Werewolf Larry, Tim’s character on the show, is the reluctant voice of reason among a team of distrusting analysts.

Having first appeared as “Rancid,” on the South Park episode “Chef Aid,” Tim Armstrong’s foray in to television has been sparse, but noteworthy. One of his more charismatic roles was playing the Trashman on the 10th season of The X-Files. In fact, all of us at Bad Copy loved it so much, that it inspired me to build a website sound board that allows you to re-play all of his lines from the episode. And, if we’re being honest, Werewolf Larry is really just Tim Trashman with a bushier beard. So, what better way to celebrate Tim’s latest TV appearance than with another sound board? Head over to werewolflarry.com to see them both! 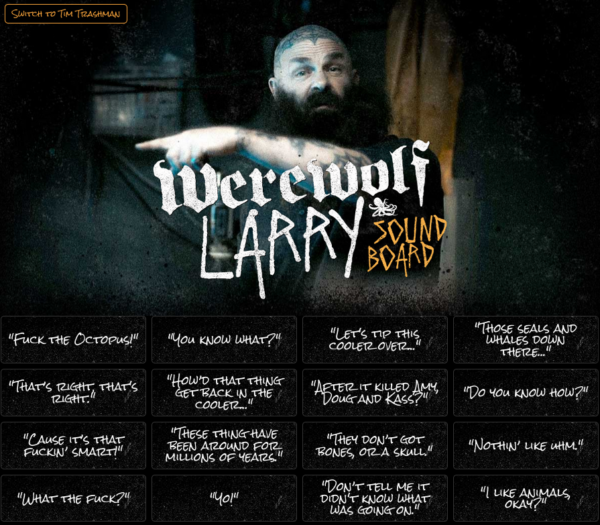 You can stream 8, and all the episodes from Seasons 1 and 2 of The Twilight Zone through the CBS All Access app on smart TVs and most major devices.