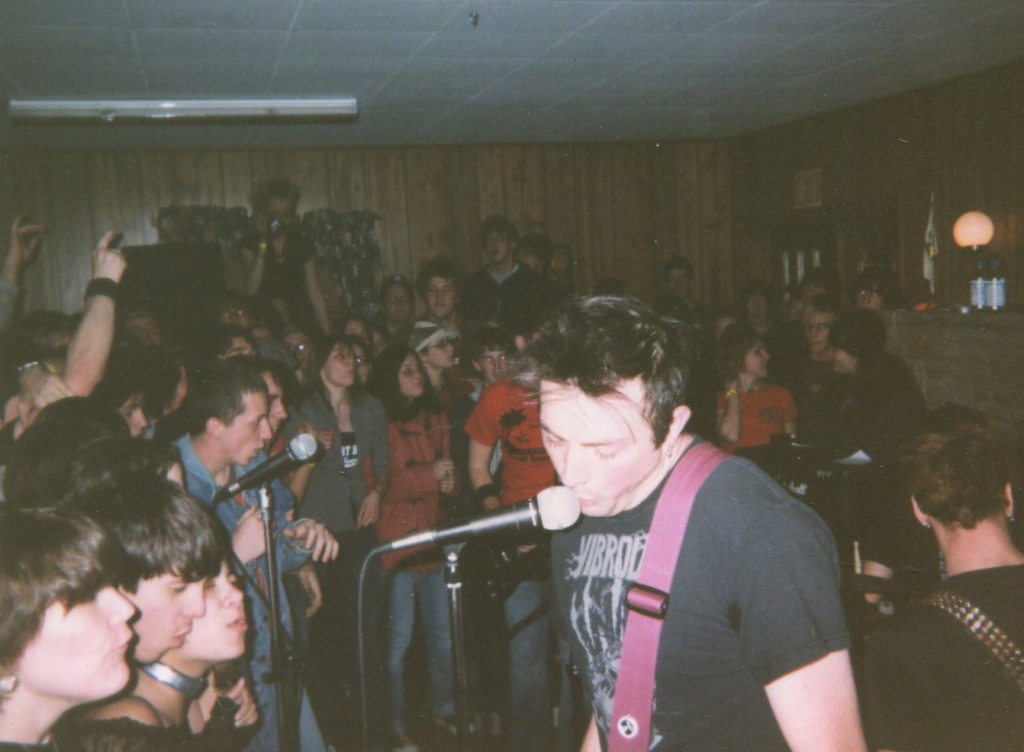 Just to come right out of the gate with the obvious here: I’ll just say the pandemic thing we’ve been in for the last few year(s?) has been extremely fucking weird and difficult for me, as I’m sure it has been for everyone. One of the most gratifying parts of running a record label, if not the most gratifying part, is getting to watch records go from the production stage to the moment the band has the release show. I live for that joy the band feels when they get their records for the first time, it’s maybe the entire reason that I do this at all to be honest. And all of a sudden that didn’t exist anymore.

Not that we didn’t try. There were Instagram live concerts, other ways to “stay connected” and try and not lose touch, but to be honest I hate social media so that shit didn’t really do much to dull the pain of losing my entire reality that was running a record label. So I went inward and also backward for comfort. I, in fact, went all the way back to the band that changed my life in high school and got me into this shit in the first place, so let me spin you a tale of nostalgia, a land without cellphones, and limitless possibilities.

In the late nineties and early 2000’s I had a few things I wanted to do with my life before I die, and they were mostly:

Seems easy enough right? I thought so. My grandfather always told me that if you want to do something bad enough that you can accomplish anything. “Might take you your whole life but, you’ll get it done if you wanna.”

So I started writing songs. I still remember them all and most of them are pretty bad but some of them are cool. I also went to every local show I could, and we had a fuck ton of them. Every weekend, thanks to some local hero’s (Eric Peabody if you’re reading this, seriously thank you) there would be a show somewhere… skate park, KOC hall, Eagles, etc. There was a Punk Rock show if you wanted to go to one. Often my heroes from Meadville, The Twirpentines, would be on the bill. I am not exaggerating at all when I tell you that they literally taught me how to write songs, play guitar, and be on stage. I would listen to their records endlessly on repeat, every night,  trying to master the timing or to be able to palm mute as fast as Fred and Jon could.

Eventually I had a band, and we started to play shows with The Twirpentines all the time. We’d trade shows often, they’d play Warren, we’d play Meadville, we’d both play Kane (thanks Ryan!) and we became friends, as you do. Then you become a community. Then somehow you eventually become so intertwined in each others lives that two decades or so goes by but you still think about those old shows in the Woodcock Township building or the Eagles Lodge and how magical that felt.

It’s a cruel trick the world plays on you when you don’t know that you’re in the middle of something magical until it’s gone, but that’s how it fucking works I guess. Sitting around in the fucking pandemic thinking about all of this shit… all I could think is that if music is going to disappear forever I have to at least put out Goodnight, Porchlight on vinyl, so that’s what I decided to do. It’s truly a perfect time capsule of those moments in my life, but also they were crazy ahead of the game in every aspect of what they were up to musically. Also, it’s an incredible record that I still listen to all the time. Do you know how hard it is to make a record and then have it still hold up fucking 20 years later? Hard. But they did it.

So yea this is a bucket list thing for me, but you’ll be happy you heard this band. Especially if you’re in your mid/late 30s and wondering what in the actual fuck happened to that 16 year old version of yourself that thought anything was possible. Maybe they just need a little nudge in the right direction, like I did.  So please, do yourself a favor and press play on this record and think about that band that meant as much to you when you were a kid as The Twirpentines did/do to me.

P.S. – I did get to open for HWM; White Wives got to play with them in Philly at the Church for their Exister release show. It was so hot in there that the fire alarms went off. Chris#2 made me get my picture taken with Chuck. It was a good night.

Stream Goodnight, Porchlight below and order your copy of the album today via A-F Records!