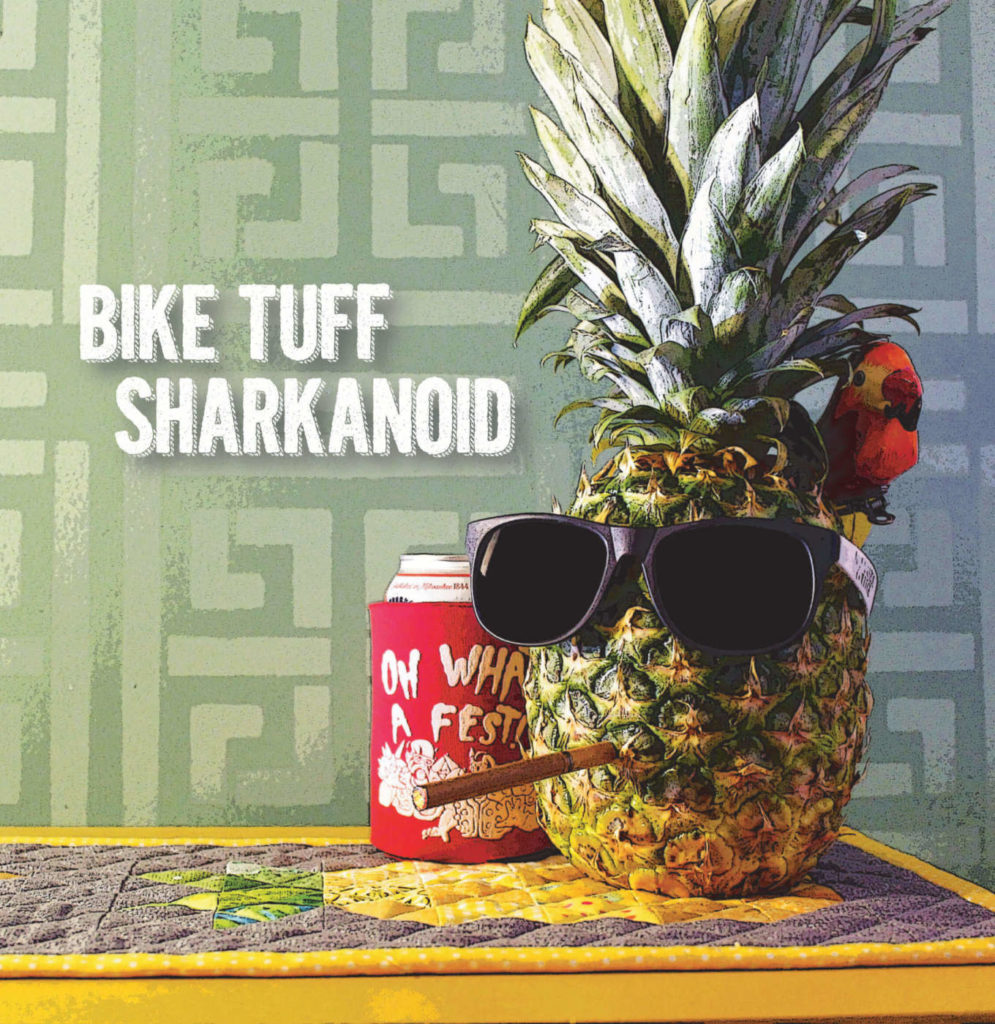 Michigan-rooted bands Bike Tuff and Sharkanoid have combined forces for a new four track split seven-inch EP. To celebrate, they’ve each lent us a track to deliver straight to your ears!

Bike Tuff’s Nathan Mason Richards described their track, “My Life is Over,” for us:

We first came up with the concept for “Are There Pirates in Hell?” during the writing process for our first full length, so it’s a song that’s been kicking around for a while that we finally got around to finishing. “My Life is Over” is a brand new one and was a last minute decision to record for this release. Both songs are really about dealing with different things that hold you back from enjoying life and spending time with the people you love. They both start off in negative places but end up with (sort of) positive twists toward their ends. That’s been an important part of my writing lately – leaving little messages in the songs for myself that are based in positivity or looking on the bright side of things. That this release is coming out for FEST 16 is perfect. FEST is such a beautiful, positive experience for so many of us and I can think of a more appropriate way to debut these songs!

For Sharkanoid’s Dan Potthast, the process for their track “All Time Sucker” was more about finding the right contributing musicians beyond himself and bandmate Rick Johnson:

So these are a couple songs I wrote in Santa Cruz and sent them off to Rick Johnson to start making the magic happen. The process is like this: When Rick gets a demo from me, he listens to it day and night and really lets it soak into his soul. Then, he hits the streets. He’ll spend weeks in Grand Rapids (Michigan) scouring every juke joint, soda fountain and hot dog stand in town trying to find the the right drummer that has that “sound.” In this case, we lucked out when he found a young kid by the name of John Massel to pound the skins. He was just hanging around downtown bashing every stop sign and mail box in sight with a set of broken drum sticks, but Rick has “the gift” and he saw that kid’s potential and brought him into the studio and let the sparks fly. Extra guitar licks were laid down by Dan Fisher, who I believe just answered a Craig’s list ad.

Listen to Bike Tuff’s “My Life is Over” and Sharkanoid’s “All Time Sucker” below:

Bike Tuff and Sharkanoid’s four track seven-inch EP debuts just in time for FEST, on October 27 through Between The Days Records. Pre-orders are available here.