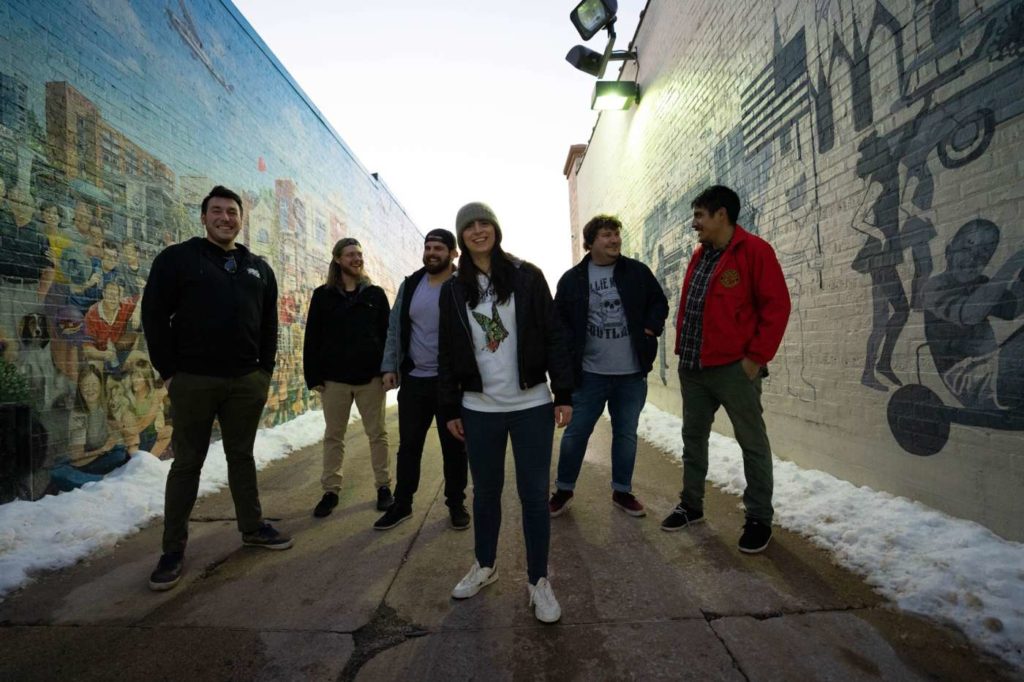 Chicago’s own Bumsy and the Moochers has released a new single entitled “The Rat.” The song is the second single off their mini-EP release with Sell The Heart Records.

Guitarist/Vocalist Dan Engelman explains the process behind the birth of the politically charged song:

“I was thinking about Trump and people in positions of power in general who are corrupt.”

Caitlin Edwards, lead singer and guitarist of the band, filled in the blanks for the verses and pre-choruses:

“I wanted some parts of the verses to relate to the title of the song, ‘sniffing around, looking around with beady eyes’, but I also wanted to connect those rat-like behaviors to corrupt human beings. The verses not only describe corrupt people in power, but they also describe back-stabbing, lying, and spineless people that unfortunately come into our own lives. Any person that I’ve sensed was lying or betraying me, I’ve always caught onto their act. My eyes are open, I know who you really are, you won’t fool me.”

Caitlin’s closing thoughts on “The Rat”:

“We’ve felt as a band that this song really captures our current sound. A little bit of Ska, Punk, Funk, and a sound that’s quite our own. It’s heavier musically and lyrically, but it still makes you want to move. It brings so much energy. We’re super proud of this one.”

Stream “The Rat” below and check back soon for more from Bumsy and the Moochers!