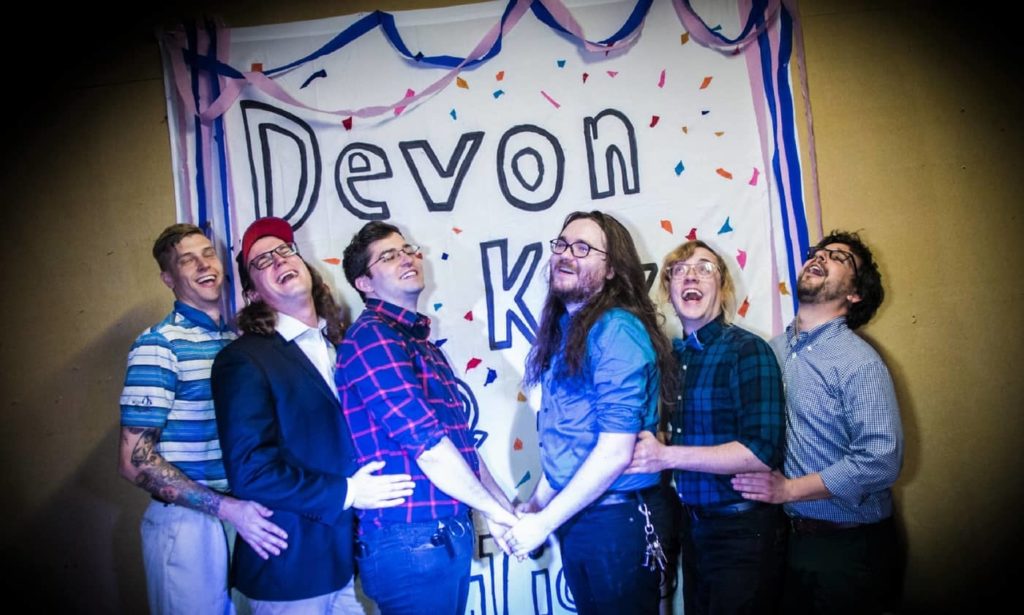 Nice try, literally everyone else. Devon Kay & the Solutions got to it before ya’ll could. That’s right. Chicago’s beloved six piece has released the first EP of the new year (probably. At least to our knowledge) on January 1st. Achilles Feels: Alternate Versions of Song We Wrote When I Was Hurt may have a name so daunting that you lose your breath halfway through saying it out loud, but these six songs pack a punch. The EP consists of four alternate DK&theS songs, a new track, and a cover by those North Carolina sweethearts in Dollar Signs.

Devon Kay had the following to say about the new release:

“At Riot Fest 2018 I messed up my ankle… my doctors visit was less than enjoyable… See the song “What Wonders Life Has in Store” because it is verbatim what happened. The power went out. They almost denied me cause my money wouldn’t go through. IT SOMEHOW went through with the power out. I was told unless I had insurance, I was meant to live in pain… I had been laid off a week prior so my healthcare was gone… It was a low point. A point I haven’t fully recovered from.

I used my off time and limited mobility to record as many usable versions of songs in varying tempos and styles. I had no intention for the release except to make one. My loving and supportive band recorded all their parts at their home studios. Which is crazy because half the time they were going off unfinished work files/whacky arrangements that later got scrapped. Either way we banded together and made something really special… In short I’m thankful this exists. It means a lot to me to start the new decade off with something I am extremely proud of.”

Check out the below ‘Behind the Music’ promo video:

And if you’re in the Chicagoland area, make sure that you head over to Subterranean Downstairs and catch Devon & Co. at Ian’s Party on Saturday at 7:50PM!