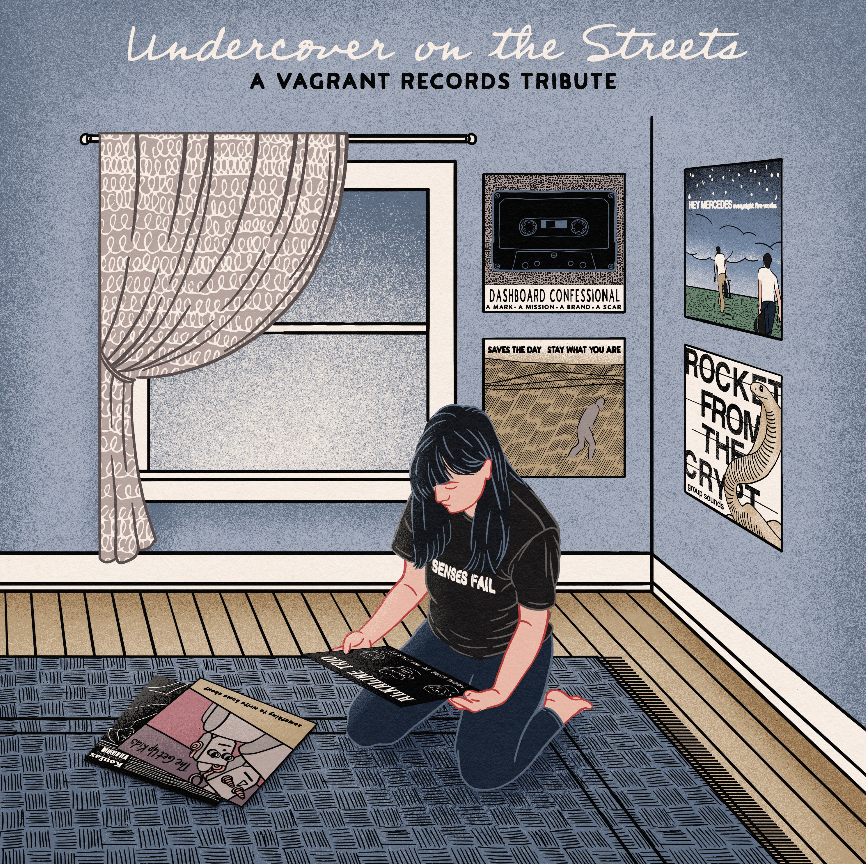 Late last month, Wiretap Records and Friend Club Records announced that they would be releasing a Vagrant Records tribute album. The new album is called Undercover on the Streets, A Vagrant Records Tribute and it will be released on Friday, May 20th.

Undercover On The Streets, A Vagrant Records Tribute has over thirty tracks and features covers from the various era’s of the iconic indie label’s roster. In recognition of Vagrant’s 25th anniversary last year, an assortment of artists from the Wiretap and Friend Club rosters took to the studio to record their renditions of songs originally performed by Vagrant bands like The Get Up Kids, Alkaline Trio, The Anniversary, Saves The Day, Face To Face, Dashboard Confessional, Senses Fail, Thrice, Paul Westernerg, No Motiv, Alexisonfire, Balance And Composure, Black Rebel Motorcycle Club, The 1975, Pete Yorn, and more. And Vagrant actually gave the release their unofficial seal of approval via Twitter!

Today, we’re premiering not one but TWO singles from the upcoming release!

First, listen to Movin In Stereo‘s cover of the Rocket From the Crypt song “Chariots On Fire”:

And an amazing cover of The Hippos’ “Diane” by Los Angeles’ Rundown Kreeps!

Love what you heard? Of course you did! Make sure that you pre-save the album HERE and check back soon for more from Wiretap, Friend Club, and many amazing bands!