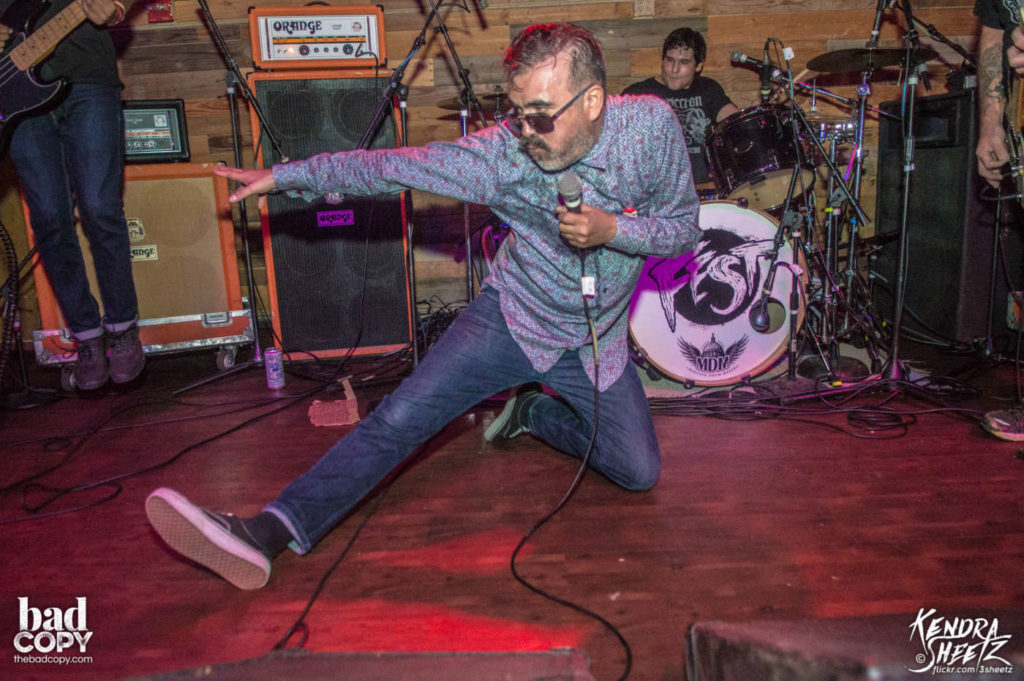 You may know him as Jorge. You may know him as Mr. Cap. Or you may just know him as the singer from Tijuana’s powerhouse Punk band DFMK who spits into the air and catches it while onstage. Either way, Jorge has done an amazing thing today by releasing a DIY compilation album which pays tribute to the late Daniel Johnston on what would have been his 60th birthday. Johnston passed away on September 11th, 2019.

The songs featured on the comp were recorded during quarantine by a variety of musicians from different bands and backgrounds. Jorge recorded five songs with the assistance of Boti (DFMK’s ex-guitar player), ADDER, Diego Dassasco from Mexicali and Daniel Reveles (Guaycura Sounds, Fuimos Venados). The album also includes songs recorded by Davey Tiltwheel, Marco from DFMK, Ricky Schmidt from Western Settings, Jaxx from Hey, Chels, City Mouse, Argentina’s Boom Boom Kid, Sasha from the Meemees/Sweet Reaper/VNLVX, Mexico’s Diego Dassasco, Justin Maurer from Clorox Girl, Tristan Martinez from Decent Criminal, Mexico’s Niño Viejo along with other musicians from both Mexico and the USA.

Jorge had the following to say about the release:

“This has been a passion project for me, I’ve tried for years to record a song or two from the Daniel Johnston’s catalog, but this past November the idea crossed my mind to ask my friends for help to record cover these cover songs and put it out as a free download album to celebrate the life’s work of one of the weirdest and brilliant minds in modern musical history. Plus, there were are few songs that were recorded in Spanish for this album, just for the kick of it.”

The album is free to download and titled Canciones de Dolor, Amor y el Diablo – Tributo a Daniel Johnston, which translates to Songs of Pain, Love and the Devil – Tribute to Daniel Johnston. The cover art was created by MZR MRTN and the songs were mastered by Lenin Rojo.

Stream the album in full below and kick throw a little money down for such an amazing project!