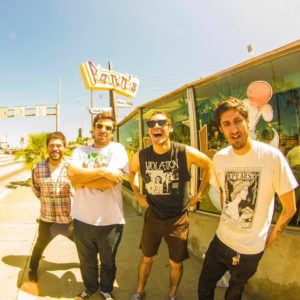 While blending elements of 90’s alternative with surf and power-pop, California’s, DECENT CRIMINAL, offer catchy, upbeat songs that mercilessly collide with abrasive and often melancholy undertones, to bring forth a style that’s playfully compatible while still feeling inadvertently raw. After the release of their self titled record in 2016, Decent Criminal is preparing to release another record in the summer of 2017 with a full US tour to follow.