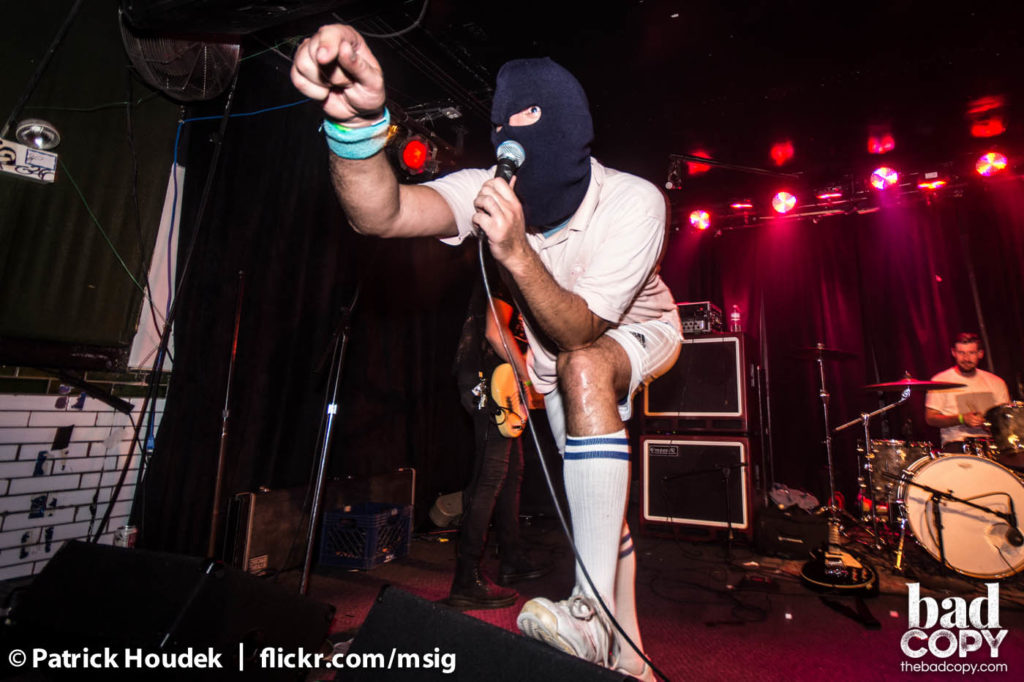 Who is he? The Eradicator! What is this? His second full-length album! That’s right, the squash hero that the world both needs and deserves is back at it again with his sophomore album, Peak Eradicator, out today on Say-10 Records! And things just seem to keep getting better and better for this masked sportsman.

The new LP expands on the Kids in the Hall character, but of course, there is only so much that can be pulled and built upon from a three minute sketch. Front man Andy Slania spoke to Kerrang! earlier in the year about the content and direction of the new album:

I tried to do two angles to it. One, to keep going on the absurdity of the character. But then two, to approach it from an angle where I feel — me, as an individual — elements of the character in my own life. So it’s like exploring that angle a little bit. Because I’ve been doing the band now for a couple of years. And when you do a character for that long there’s elements of you that get molded in with the character, so it’s trying to go down that path as well.

Like what you hear? Of course you do! Order your copy of the album today!