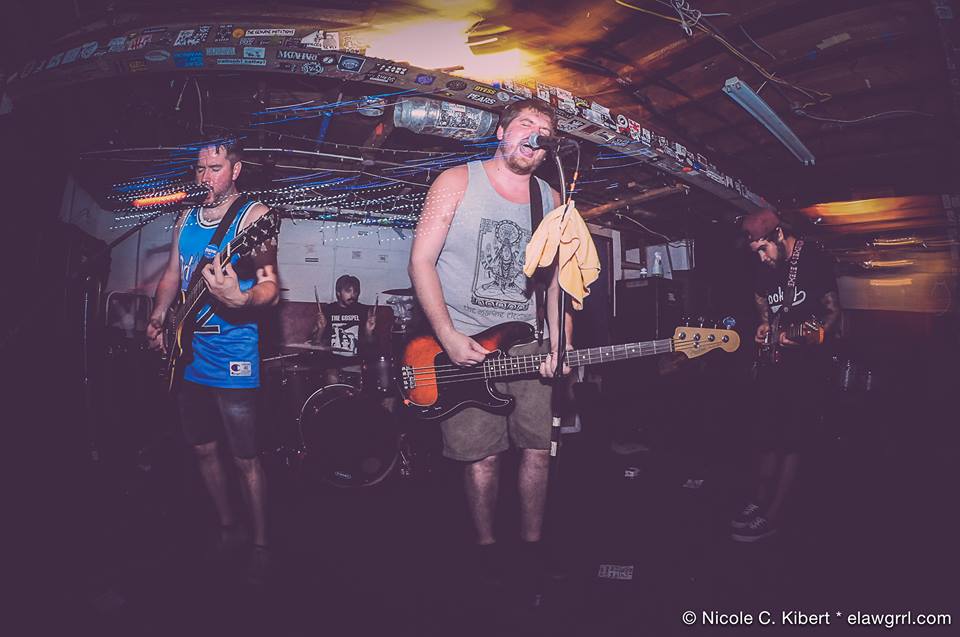 Atlanta hardcore pop-punk band Seagulls is premiering a costume-filled new video for their song “(Treat Yo Self to Some) Night Terrors”. The track is from their recent 12-inch LP split with fellow Georgians KarbomB.

Seagulls’ Steve let us in on the background of the song:

“(Treat Yo Self To Some) Night Terrors” is about my buddy from college that, at the time, was accused of leaving his son in a hot car to die, amongst other things. Having a friend accused of that is difficult to process- I was trying to think positive, but ended up writing this song to be able to pen the negative possibilities that were floating in my head at the time. He was later found guilty and sentenced to life without parole. Fun fact to counter the downer: the main riff for this song was one of the first things Billy and I jammed on back when we first started playing together in 2012.

The name is only tangentially related to the lyrics. It’s one of those boring “you had to be there” quasi-funny stories from our first tour with Karbomb, but I thought it was a good fit.

This video was filmed on the last day of a different tour. As tour can be really monotonous and boring during the day, Adam Gecking, who put out our split with Karbomb, and Courtney Mills, who had shot/edited/directed a live/skate video for us in Virginia Beach 10 days prior, decided they were going to keep us entertained by walking around an abandoned factory and doing weird shit/trying on random masks on a couch in front of mannequins at Adam’s house all while being filmed. This is the type of wonderful thing that can happen when weird goes largely unchecked- or you’re just hanging out with super sweet folks that want to have fun with the ulterior motive of making a music video.

Watch the video for “(Treat Yo Self to Some) Night Terrors” below:

Seagulls’ split with Karbomb is available via Say-10 Records now!