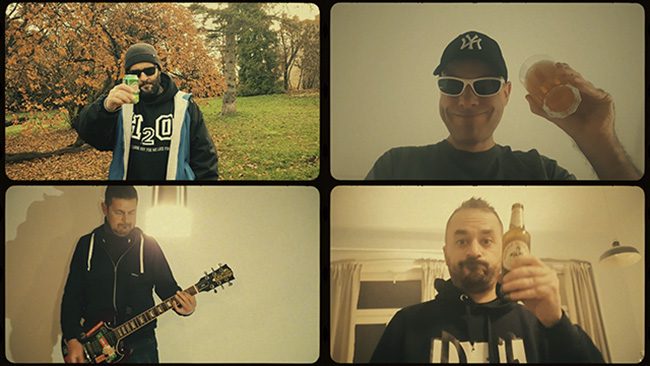 Bankrupt has released a brand new music video for their song “Hello 21.” The track is currently available via Bandcamp and will be arriving to Spotify and other streaming services this weekend.

“We wanted to end this terrible year on a positive note, so we wrote an optimistic, singalong punk rock song and asked our supporters to collaborate on our new music video by sending us clips of themselves raising their drinks to a better year. We’ve received 40 videos from 10 countries and we really like how this project turned out.”

Check out the video for “Hello 21” below and keep checking back for more from Bankrupt:

Bankrupt also recorded cover of the Commodores song “Sail On” for a yacht rock compilation to be released by Cleopatra Records early next year. The compilation will feature The Vandals, Electric Six, Smash Mouth, Iron Chic, Tsunami Bomb, Pansy Division, and more