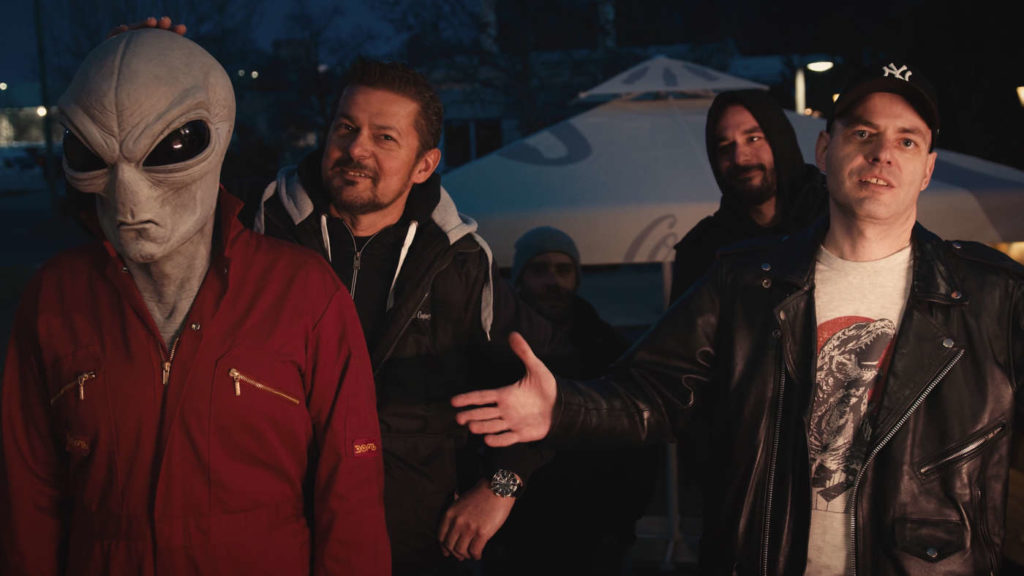 Budapest-based four-piece Bankrupt has released their fifth album, Trolls In Suits, accompanied by a music video for the album opener “Nightbreed.”

The video is about the adventures of an alien exploring the nightlife of a small town in Hungary with the help of the band, encountering weird locals as well as xenophobic propaganda. The concept was inspired by The Menzingers‘ “America (You’re Freaking Me Out)” music video. The lyrics deal with Millennial frustration, meme culture, and climate anxiety.

Watch the video for “Nightbreed” below!

Stream the whole new album below and keep checking back for more updates from Bankrupt!