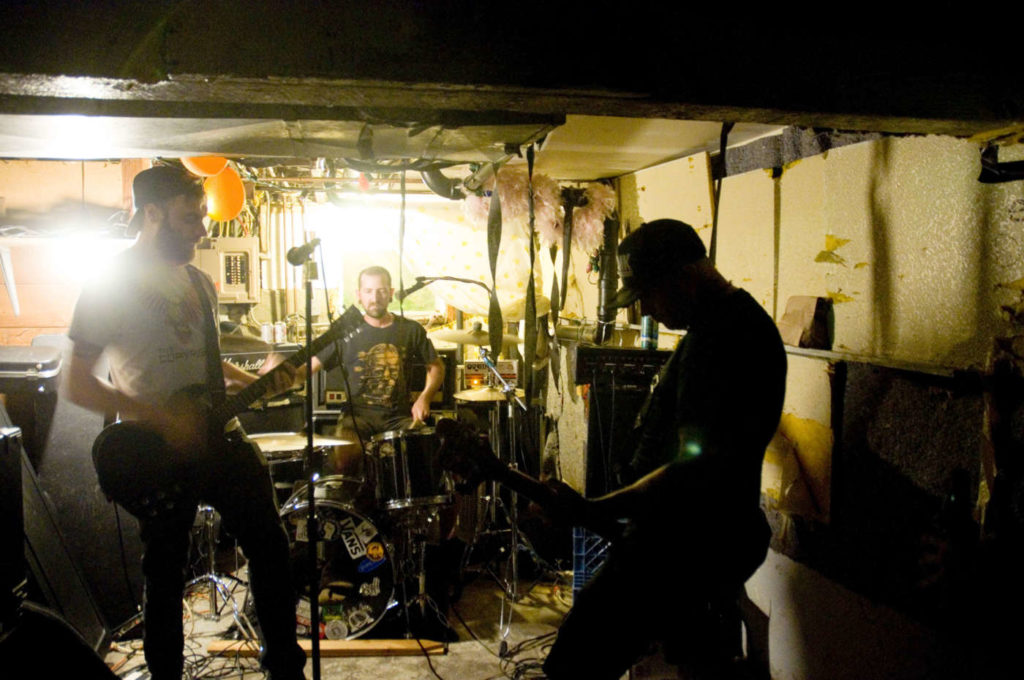 Oakland, CA’s False Positives has made a pretty good dent in the Bay Area music scene. Today, we’re premiering their music video for “Lows and Highs”. The footage was shot by Nick Wilson of Bridge City Sessions during this year’s This is My Fest.

The video showcases False Positives on stage along with a wealth of their good local friends and friends from afar. As singer and guitarist Kevin Skalba explains, the song is about living in Oakland, which is more than appropriate for the video’s mood since it was filmed in several local venues.

Check out the video for “Lows and Highs” below!

False Positives is currently gearing up to record a full length with Pat Hills at Earthtone Studios, so get ready for some awesome music in 2018.  They will also be playing at Eli’s Mile High Club in Oakland, CA on December 16th with Reunions, Grainer and Mesoteric.