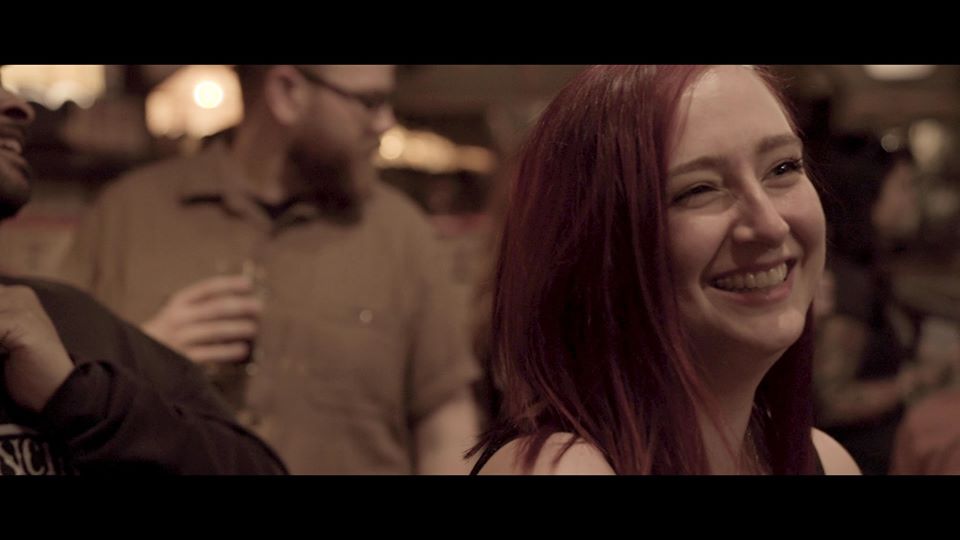 After a brief step back to mourn the recent ending of her band Turnspit, Gillian McGhee is newly wide-eyed and ready to charge forward again on her musical journey. To kick off the re-emergence of her project Hi Ho, today we’re premiering the music video for her awesome track “Whiskey Sheets.”

Like so many great songs before it, “Whiskey Sheets” was inspired by the heartbreak following a breakup. McGhee says it was written in the wake of a three year relationship, but it goes a step beyond just sadness and despair. It’s about “the moment where you allow yourself (and the other person) to move on and find a new normal. It can be really hard, lonely work, but with the right support systems and some honest soul-searching, you can come out the other end more sure of yourself, your needs and your abilities.”

The video itself illustrates the song’s themes by showing McGhee’s process of healing. She first plays music in her room, then walks around her neighborhood and meets up with friends, and eventually has that awkward moment where you see your ex again with someone new. She wants to show the pain and joy in that. Alongside Alex Zarek, director, they knocked it out of the park.

It was shot over the course of two days last winter in her apartment and at The Native in Logan Square. Among all of the friends that showed up for the shoot, there are some fun cameos by Jake Marquis from Sleep On It, Abby Vigderman from Ramona, and even Mr. McGhee himself, Gillian’s dad! She says her favorite part is “during the bridge, when I’m smiling and dancing with my friends. I think it’s so easy to get bogged down by the pain and stress of life, but I’m so grateful for the people who care about me and I think you see that on my face during those shots.”

And to think this gem of a song, video, and experience might not exist without her buddy, Andy Schulte accidentally spilling Jim Bean all over her bed. Schulte would later go on to play lead guitar on the recording of “Whiskey Sheets.”

Watch the video below, catch Gillian on tour in California with the Vagabonnies in January and February 2020, and be on the lookout for the new Hi Ho record soon. She says she is currently writing and will be recording in the Spring.