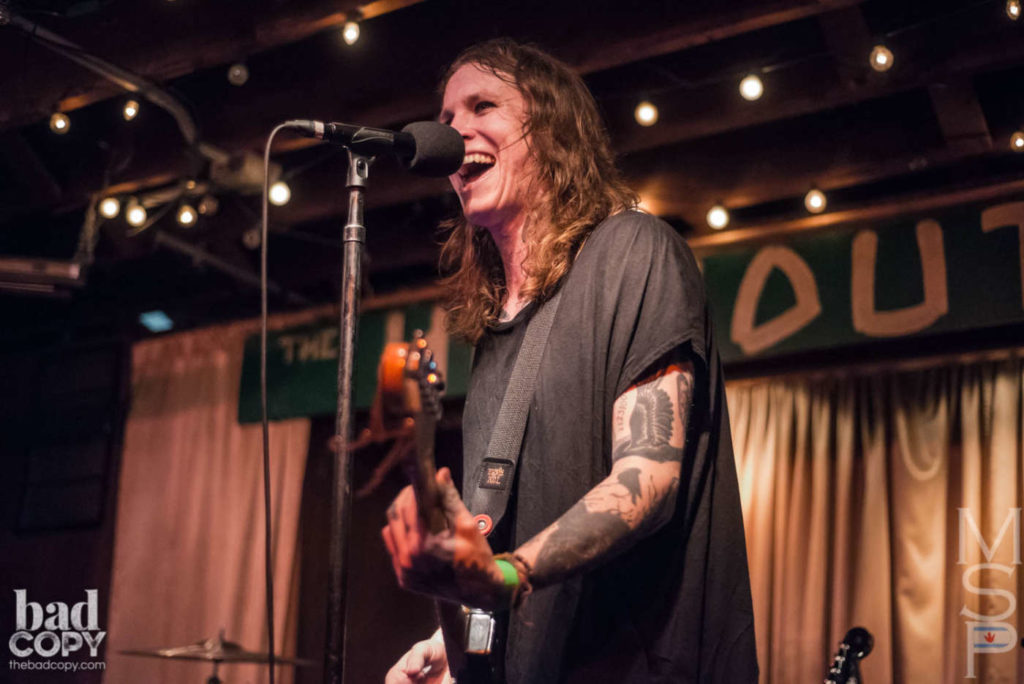 On October 1st, Laura Jane Grace pleasantly surprised the world with a brand new solo album entitled Stay Alive. It was one of those almost-end-of-the-year releases that you know is so good that it will knock handful of albums off End of the Year lists all over the globe.

Today, she has released a music video for the introductory track to Stay Alive, “The Swimming Pool Song.” As someone who has spent the year crawling through broken windows and tunnels to access abandoned structures (the most logical next step when there are no longer shows to attend, when you take an indefinite hiatus from drinking, and actually care about keeping yourself and others around you healthy by avoiding contact with other humans), I was elated when I first heard this song and am even happier now that it has been granted its own video.

The video for “The Swimming Pool Song” was directed by Emulsion Lab and features Grace and Hannah Gamble. Grace has the following to say about the symbolic nature of the video in relation to the song:

“Like how in a dream, sometimes whatever fear it is that you’re running from isn’t actually anything to be afraid of at all. Or like how in life sometimes we couldn’t be more wrong about first impressions and the way things will turn out.”

Check out the video for “The Swimming Pool Song” below. Stay Alive is available digitally now and will be available in stores on Friday, December 11th via Polyvinyl Record Co.