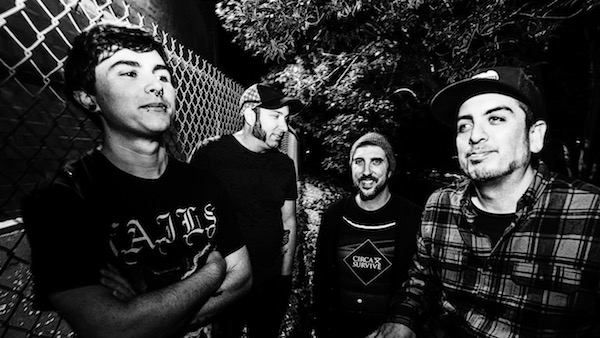 Today, we’re stoked to be premiering a new video from Nights Like Thieves for their song “This Broken Satellite.” The song will be featured on the band’s upcoming EP, Sophomore Slump the EP, which will be released on December 10th via Orange Whip Records.

“The song we’re releasing is called “This Broken Satellite” and it reflects on the moments where I felt down, unsure and negative about myself and what I was doing in my life. I’m a very driven, go-getter type person and I’m usually optimistic about everything. But there was a time where I’d get into my head and overthink things and highlight the negatives of every situation from my job, to the band, relationships, the change of moving to a new city and starting over, goals and life overall. The song is basically a conversation I’m having with myself when these negative thoughts and doubts come in mind. As for the music, I wanted to write something a little different and darker. The song “Sextape” from the Deftones is one of my favorite songs and I was very inspired musically from that song.”

Watch the video for “This Broken Satellite” now and keep checking back for more updates on Nights Like Thieves!