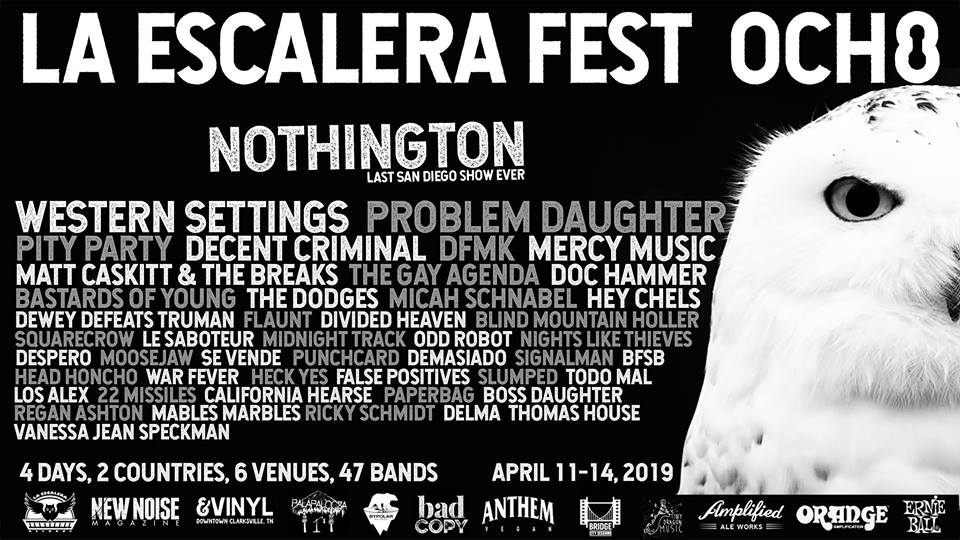 Our pals at La Escalera Records will be celebrating another amazing year of releasing some of the best punk music out there with their annual festival set in both San Diego and Tijuana. This year will be the eighth official celebration and the lineup touts heavy hitters such as Nothington, Decent Criminal, Pity Party and more over the span of four nights (and days) of shows starting on Thursday, April 11th and lasting through the weekend to Sunday, April 14th.

Today, we’re giving away a pair of tickets to one lucky winner. That’s right – we’ve got one pair (aka two tickets) for La Escalera Fest Ocho! All you have to do it fill out the below form with your name and contact info and write us a haiku about a band on the lineup, why you should win, why you love Will Castro, etc. Remember, a haiku consists of three lines – five syllables in the first line, seven in the middle line, and five in the third line.

We will be picking a winner next week Thursday, March 14th and sharing their haiku on our Facebook page. So enter now for the chance to win and we’ll see you at La Escalera Fest in April!