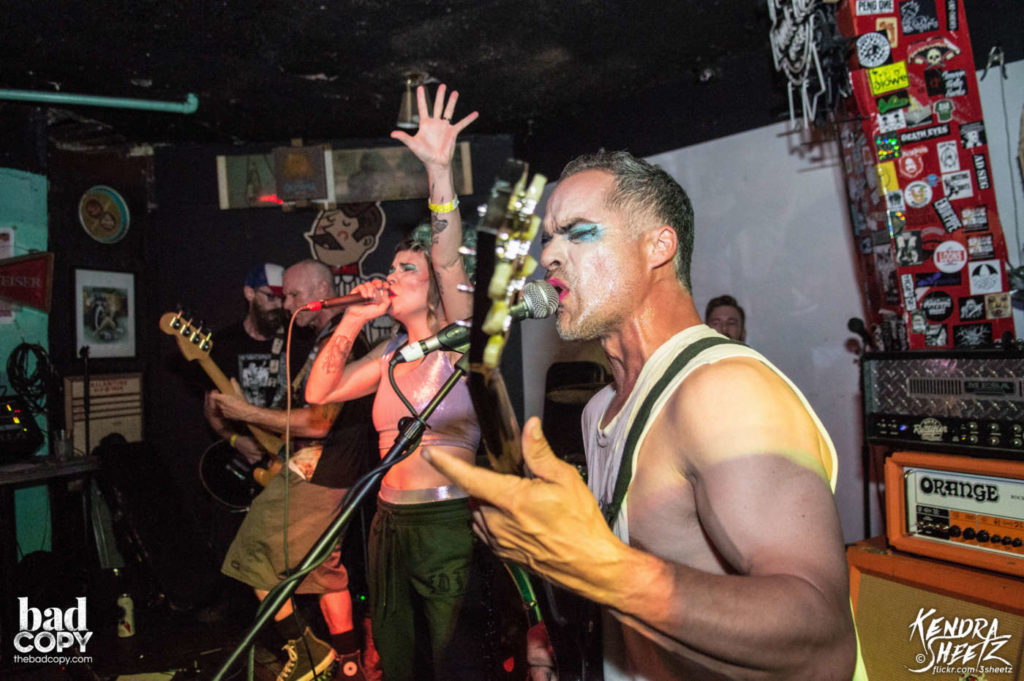 La Escalera Records, those who run the label, the bands on it, and everything the label represents have always meant the world to me. And honestly, I think that La Escalera Fest is more fun than Fest (yes, THAT Fest). It’s like a giant family reunion consisting of so many of the good human beings in the music scene, a trait I’m finding to be rarer and rarer these days. But I wasn’t sure I’d be making it out to San Diego this year. The sudden death of Brittany Strummer at the beginning of the month sent me into a deep depression which rendered me barely able to pry myself off the couch each morning with enough energy to stumble into work. The more I tried to wrestle with my feelings, the more I isolated myself from those around me and lashed out at anyone who tried to break down those walls.

The other day, I wrote that the band Western Settings has “been there for me through the darker parts of my life.” This was no exception. Somewhere in my darkness, I put on their Old Pain EP and listened to the title track around 25 times in a row, sobbing hysterically every time I heard the line “When the things that you have been and places abandoned / and the people that you’ve loved come crashing back down on you.”

It was somewhere around listen #21 in which I decided that I needed to attempt to pull myself together, take a goddamn shower (it had been days), and go see my friends because no one can really say what tomorrow’s going to bring. Plus, it’s probably in pretty bad form to not show up to a festival which your site is helping to sponsor.

I landed in San Diego and headed out to the ride share pickup area to grab a Lyft. The driver who confirmed looked so goddamn familiar. As it turns out, he’s the exact same driver who picked Kevin and I up last year at the start of our weekend. And he took me to the same destination as last year as well, Lancer’s Cocktail Lounge AKA La Escalera Fest Blue Drink Headquarters. Outside of my co-workers, phone talks with my mother and boyfriend, and saying “thank you” to one TSA agent, this driver was the first human I had audibly spoken to in weeks. And it all came out of me like verbal vomit. Just when I had decided that I had done a massive overshare, he countered with how he had found out that his girlfriend was cheating on him this week… and they live and work together. Apparently April has been a bitch of a month to everyone.

As we pulled up to Lancers, I invited him in for a drink on me but he declined. I pulled my luggage up to the bar and sent out a text and Facebook message call to my friends to come over. In under thirty minutes, both Jan Drees (The Shell Corporation) and Kevin White (Squarecrow & International Male Model) were seated next to me, drinking and chatting about life’s ups and recent downs. The drinks flowed and my words became familiarly slurred. And soon the gentlemen of both Heck Yes and Mables Marbles, who were on tour together, rolled in. It was all ugly giant straw hats and short shorts from there on out.

When Jan got called into work, I remembered that I also had a job to do besides tossing back Tito’s cocktails and backing them with tacos from El Zarape across the street. Skyler and I headed off to our Airbnb, a cozy little guest house nearby which was labeled “Moroccan Hideaway” or something. Basically, they painted some shapes on the walls and we were supposed to believe that we were on a vacation inside our vacation. What we didn’t know is that apparently, Skyler’s phone hates Morocco and decided to change timezones whenever we were inside our room. Yes, seriously. So… that brief little catnap we planned turned into a three hour snooze with an hour time change. We woke up confused and panicked.

The first night of the fest started tonight at Tower Bar and we already had missed at least one band. We hopped in a Lyft and headed over just in time to catch the last song of Nights Like Thieves. Dammit. We had missed THREE bands! My apologies to Delma, Head Honcho, Punchcard, and Nights Like Thieves; I’ll be there next time.

We were there just in time to catch Flaunt. Ho. Ly. Shit. Flaunt. Not only did they end up being the talk of the evening, they were the talk of the whole weekend. The five piece SD local Hardcore band is fronted by Michelle Pannell (Le Saboteur) and they’re everything I didn’t know I was looking for in a band. They’re fast, powerful, and covered in turquoise eye shadow. Their entire set had me floored. Whoever was up next would have a tough act to follow.

When I saw Boss’ Daughter setting up, I knew they’d be able to stand their own and counter with back-to-back powerful performances. Banjo, trombone, and trumpet on top of guitar, and drums. Yeah, they did just fine. The Reno-based band plays the kind of songs which translate well to either a small basement show or a loud festival singalong. And how could you possibly top that set? With the most confusing yet enjoyable thirty minutes possible brought to you by San Diego’s Making Incredible Time. Word spread quickly in the crowd that the bassist wasn’t able to make it to the show, so they had a stand in. But within the first two songs, people started grabbing at the mics and singing along. I couldn’t tell if their plans were to help with backing vocals or just an act of drunken valor. But the trend continued throughout the whole set. At another point, they switched bassists. People were shouting, dancing, and out of control. It was pure chaos with a soundtrack!

There was one band left when I got a message from Ricky (Western Settings). He had swung by Lancers on his way to work but we had already left and now he was going to miss the show to close down the bar he works at, Toronado. I didn’t want to wait to see one of my favorite people, so I concocted a plan along with Dylan (who used to play in Western Settings, then left, but who is now back in Western Settings as their resident guitar shredder) and Skyler. The next thing I know, Skyler and I were speeding through the streets in Paul Silver’s BMW, probably one of the nicer cars I’ve ever been in and DEFINITELY the nicest car any of my friends own.

I sprinted through the swinging doors of Toronado as big and loudly as possible. Ricky’s face went from a confused shock to a knowing smile and he headed over for a hug. Paul, Skyler, and I bellied up to the bar and exchanged stories while we sipped on ciders and beers. Dylan and his friend showed up just after us and also joined in. It was all drinks and laughs and smiles from there on out. Skyler and I closed down the bar, finished our drinks, and decided it was time to head home to Morocco.

As I brushed my teeth and peeled my over-dried contacts from my eyes, I quickly replayed the day in my mind. I had made the right choice coming here. Home is wherever your family is – blood, chosen, or otherwise. And tonight and for the rest of the weekend, mine was in Morocco, San Diego.

Check out the below photos from Night 1 at Tower Bar and keep checking back all week for more La Escalera Fest updates! 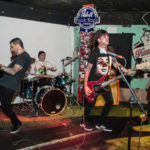 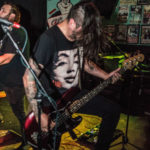 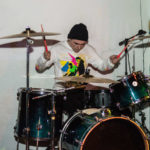 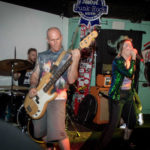 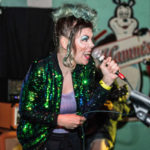 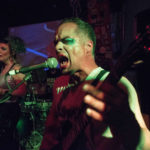 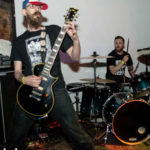 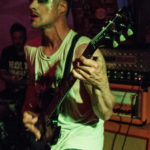 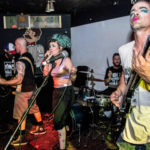 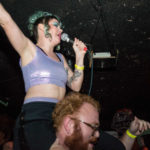 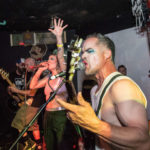 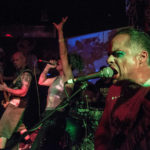 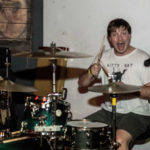 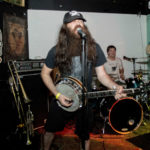 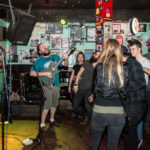 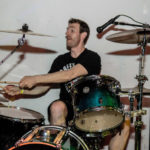 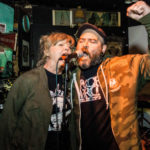 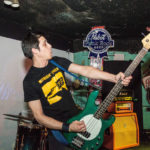 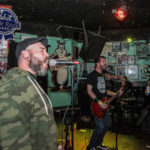 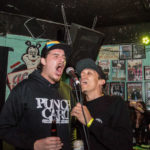 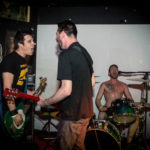 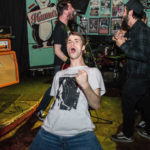 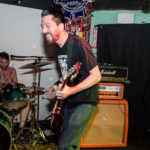 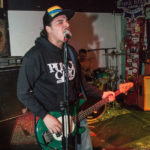