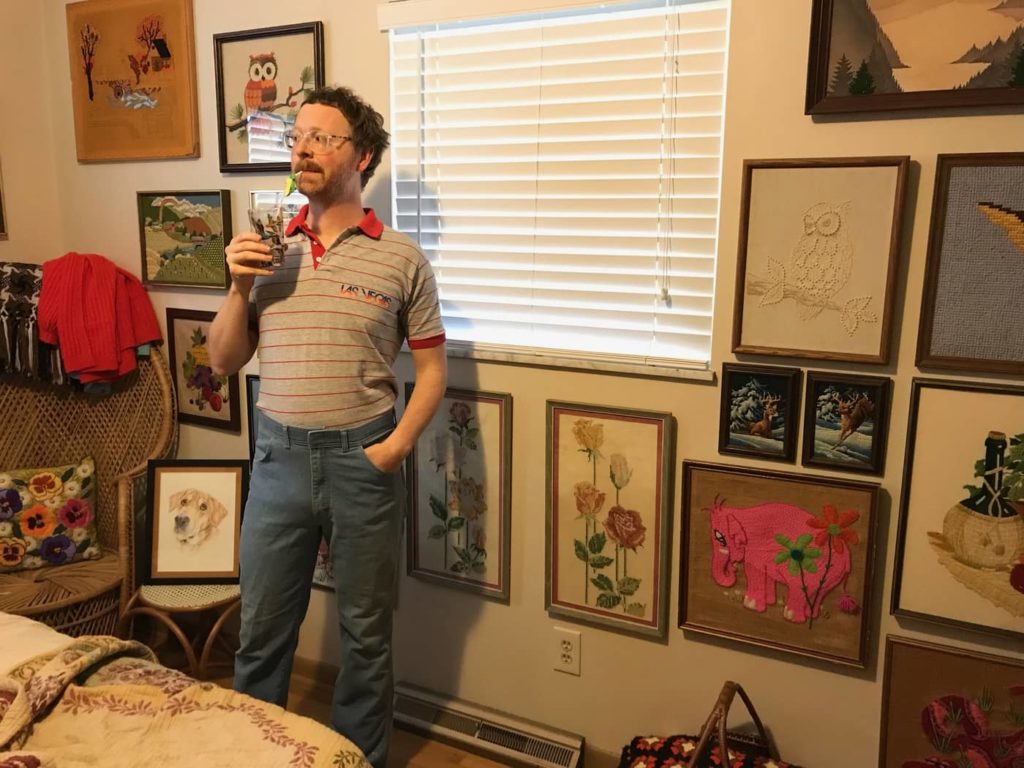 Today, we’re premiering a new music video from Sam Craighead. The single, entitled “The Toughest Guy,” will be featured on Sam’s upcoming third album OK Computer Room. The album will be released on November 5th via Head2Wall Records.

Sam had the following to say about the new track:

“I wrote this song after watching the high school MMA fantasy movie Never Back Down. For the video, I hired a young woman in Ukraine to dress up like Clark Gable and ‘do masculine stuff outside.’”

Check out the video for “The Toughest Guy” below and check back soon for more from Sam Craighead!

Pre-order your copy of OK Computer Room now on either cassette or digital platform!