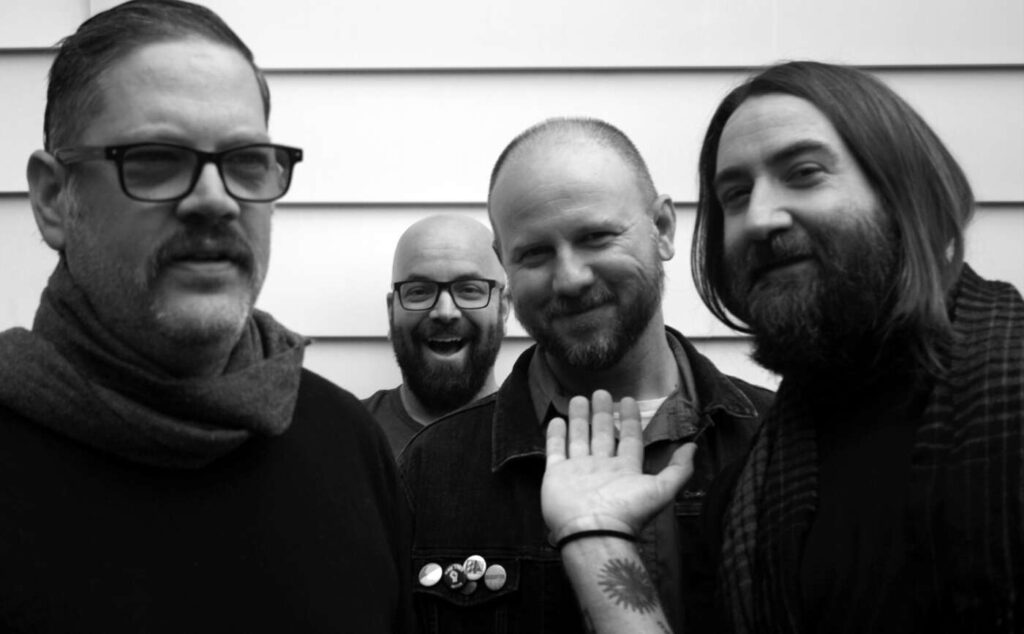 Today, we’re premiering a new single and accompanying lyric video from Dayton, OH’s The 1984 Draft. The single will be featured on the band’s upcoming sophomore album, Best Friends Forever, which will be released tomorrow via Poptek Records, Sell the Heart Records, and Engineer Records in the UK.

Singer/Guitarist Joe Anderl had the following to say about the new single which features backing vocals from Pohgoh vocalist/guitarist Susie Ulrey:

“It’a no secret that The 84 Draft is made up of four dads. ‘Big Star’ is all about fatherhood. It walks through the various stages of struggles and joy that fatherhood brings. Musically, we were able to bring in our friend Susie Ulrey from Florida band Pohgoh to add some backing vocals, which was a very exciting collaboration for us.”

According to vocalist/guitarist Joe Anderl, Best Friends Forever continues to tell the story laid out on their prior album, Makes Good Choices:

“I’m still writing songs about my family and life in general. This is my photo album of a period of time in my life. My kids continue to grow; I continue to evolve, and the world continues to be a mess. I think we cover a little bit of all of that on this record.”

Check out the lyric video for “Big Star” below:

The band has lined up an album release show on Friday, January 20th. It will be held at the Yellow Cab Tavern in Dayton, and it includes support from Josh Arnold, Abiyah, Shane Sweeney (Two Cow Garage), Narrow/Arrow, Paige Beller, and Josh Goldman (The Dopamines, The Raging Nathans). The co-headliner for the show is Josh Caterer of Smoking Popes. You can grab your tickets for the show here!