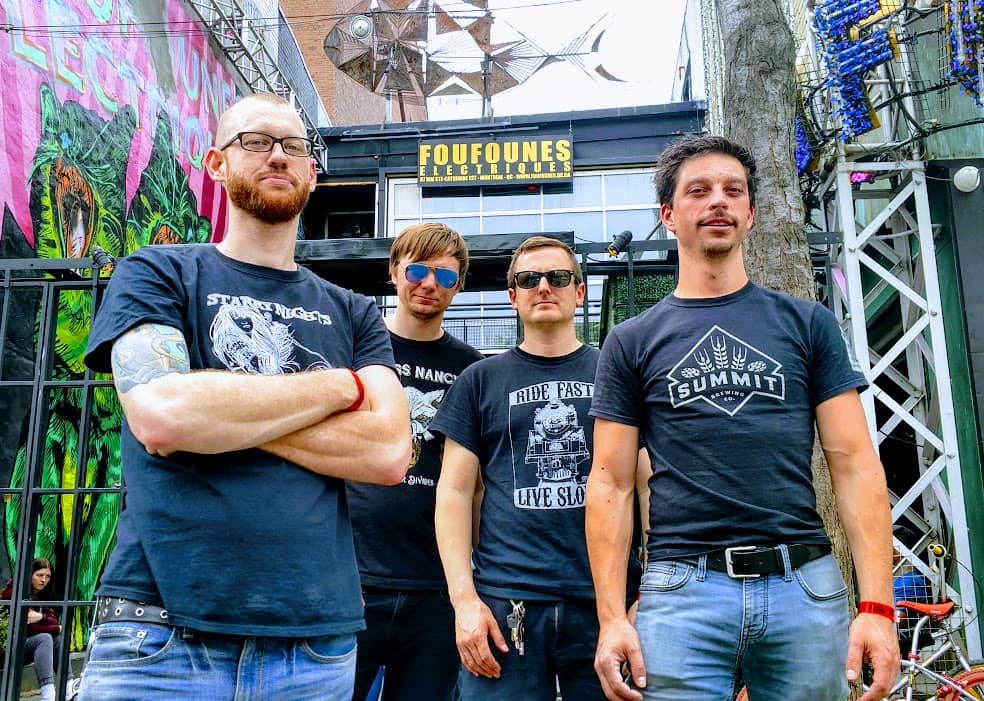 Minneapolis’ The Right Here has released a new music video for their song “Judge Me When I’m Sober” off their 2016 release Stick to the Plan (Throwing Things Records, Rum Bar Records). The video pays tribute to the legendary Triple Rock Social Club which closed down last November. The band had the following to say about the new video:

“After we heard the news that the Triple Rock rock was closing its doors for good we immediately contacted filmmaker/director, Mike Bredon, to capture our last show there on film. Words cannot express what the Triple Rock meant to us and so many other people from Minneapolis and all over the world. This is our fourth time working with Mike Bredon and again he has blown us away with his amazing vision and talents. Oh, and it just so happened to be a Halloween show too! Thank you to everyone who made this video possible and to all our friends and family that came and rocked out with us. Also, a special thanks to Erik and Gretchen Funk and the Triple Rock staff for all the wonderful years of memories (or lack thereof) at the Triple Rock Social Club (1998 – 2017).”

Watch the video for “Judge Me When I’m Sober” now:

The band’s upcoming album, entitled Another Round, will be released on May 18, 2018 via Rum Bar Records. The album is a collections of acoustic songs, covers, and b-sides from the Stick to the Plan recordings. Order your copy today and check out The Right Here as they tour to Pouzza Fest!