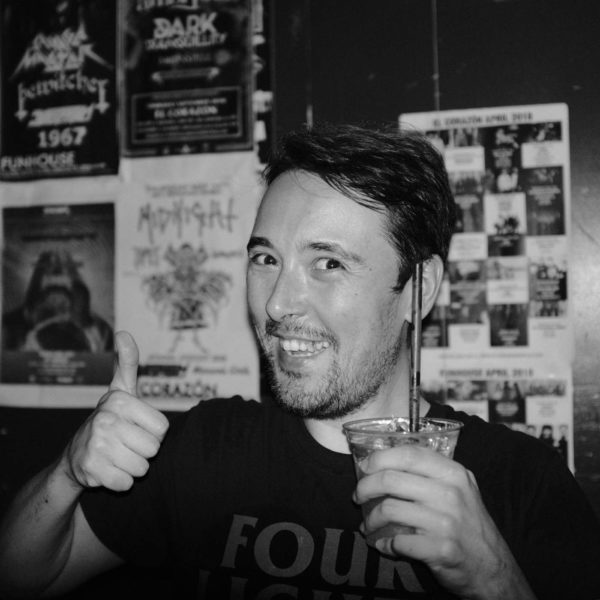 This is Raymond! We at The Kraken and he is probably one of the chillest people in the Seattle punk scene. I took this photo of him at El Corazon in Seattle when we both attended the Lawrence Arms/Red City Radio show wearing the same Four Lights shirt.