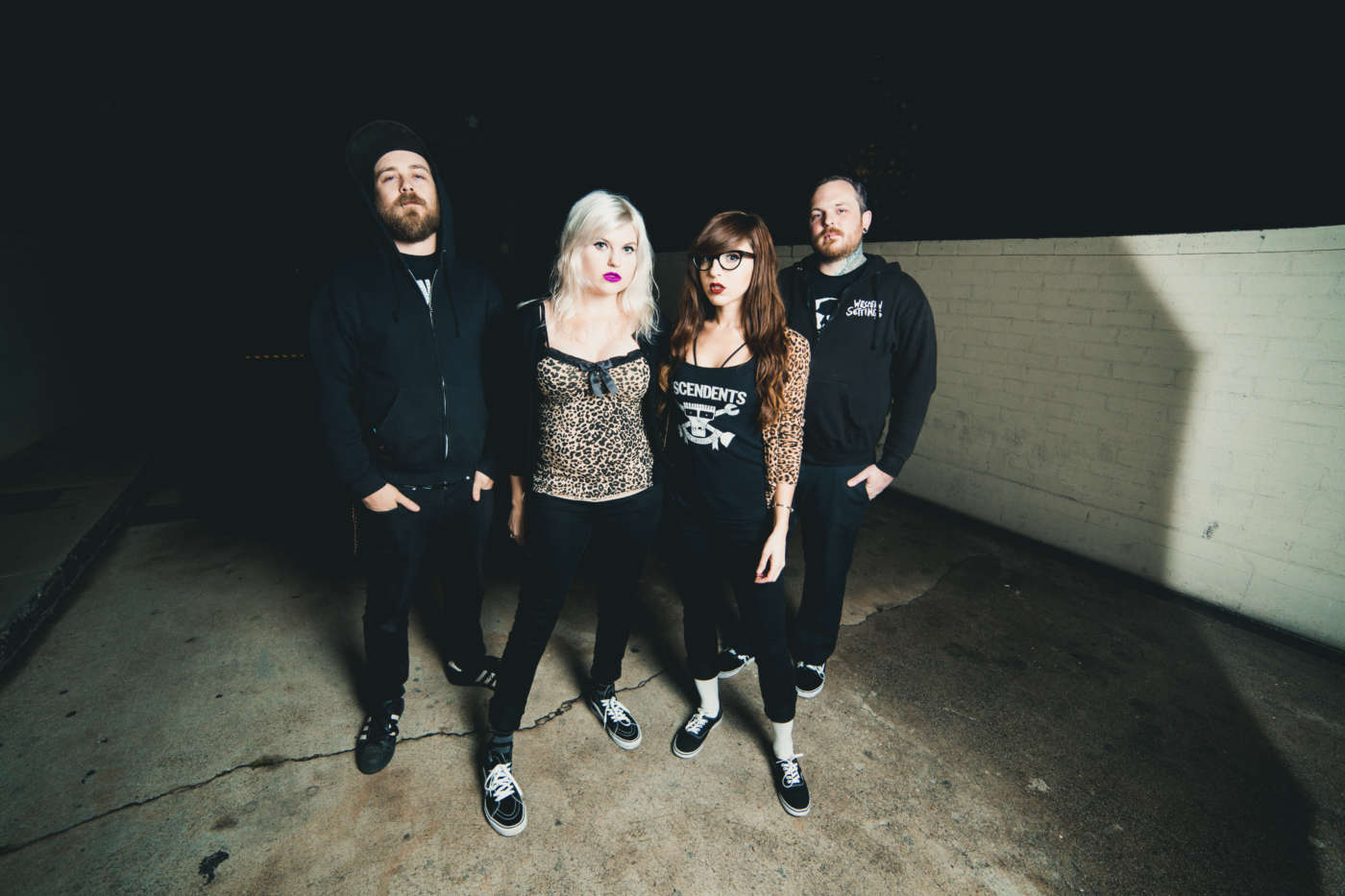 Friday was a hectic day at Douglas Park. Two thirds of the Bad Copy team raced over in the early afternoon from their jobs. The other third spent the day trekking back and forth, from stage to stage, across the giant park. When The Bombpops entered the press area, they seemed to be feeling the same sort of chaos. Despite this, Poli and Jen were kind enough to give us a few minutes to fill out a BAD LIB each before running off for other interviews. 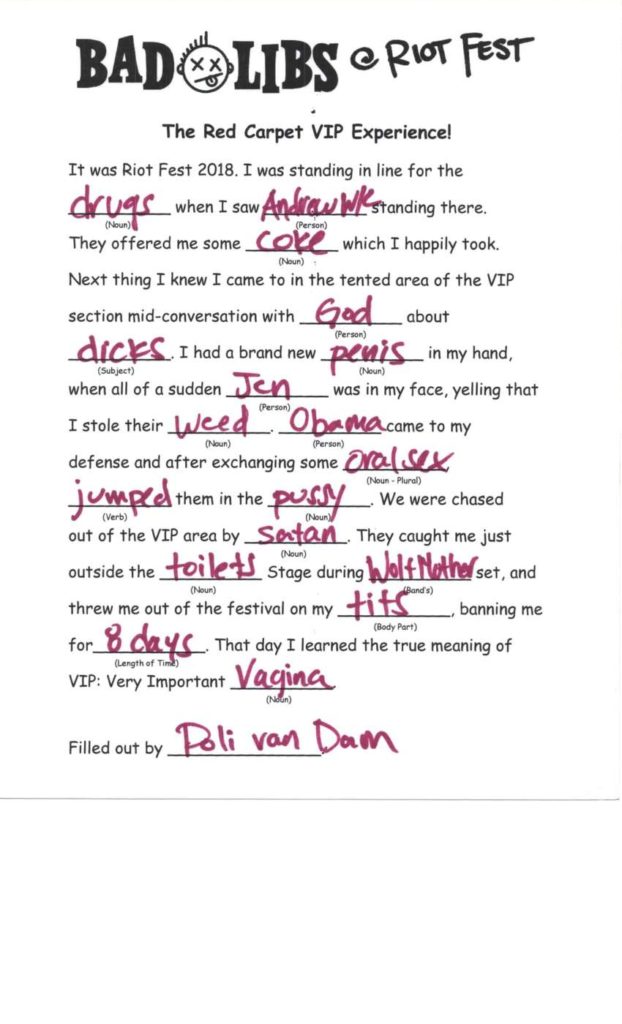 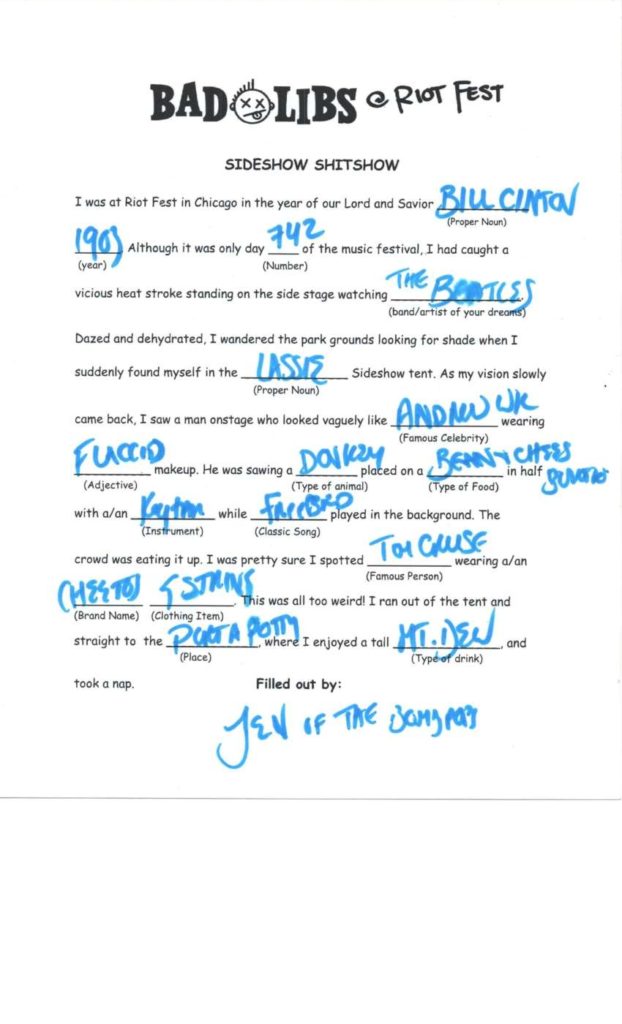