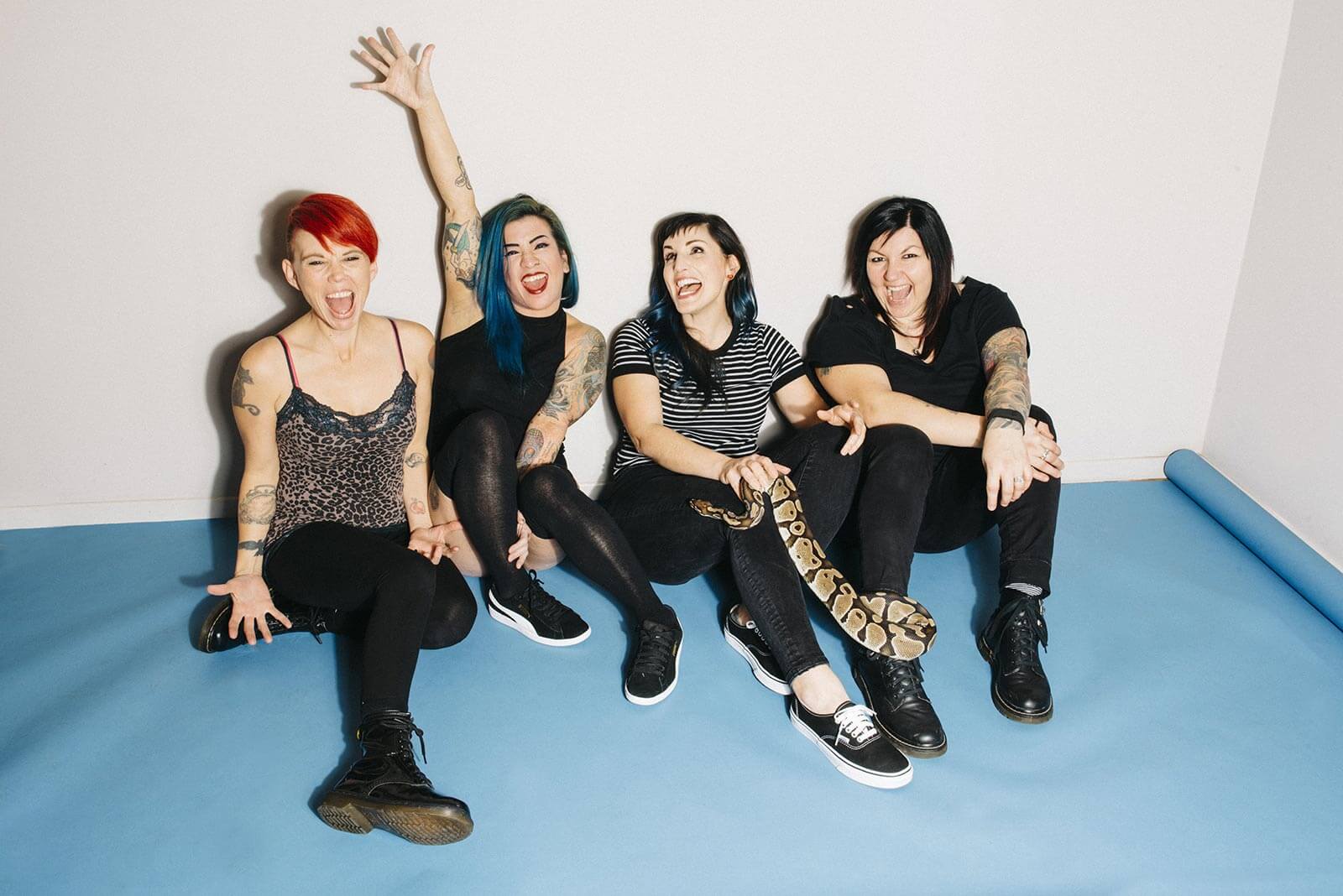 San Pedro’s Bad Cop / Bad Cop has released a song off their highly anticipated new album Warriors. The band’s sophomore album will be released on June 16th via Fat Wreck Chords and was produced by the one and only, Fat Mike.

“Womanarchist” is just under three minutes of pure rhyming rhythmical genius. The track tackles the current state of US politics, a woman’s right to choose, the decline of science, the idea of a feminist world really being a world in which we can co-exist and not one where people label each other and are always on the attack. The song even mentions how the social media commonality of “opinions without action” gets us literally nowhere.

If “Womanarchist” is any indication of what is to expect with the other ten tracks of the new album, I’m even more stoked than before. And that’s saying a lot, coming from someone who listens to Not Sorry at least four times a week, every week for the last two years since its release. You can pre-order your copy of Warriors HERE. Check out the new song below!