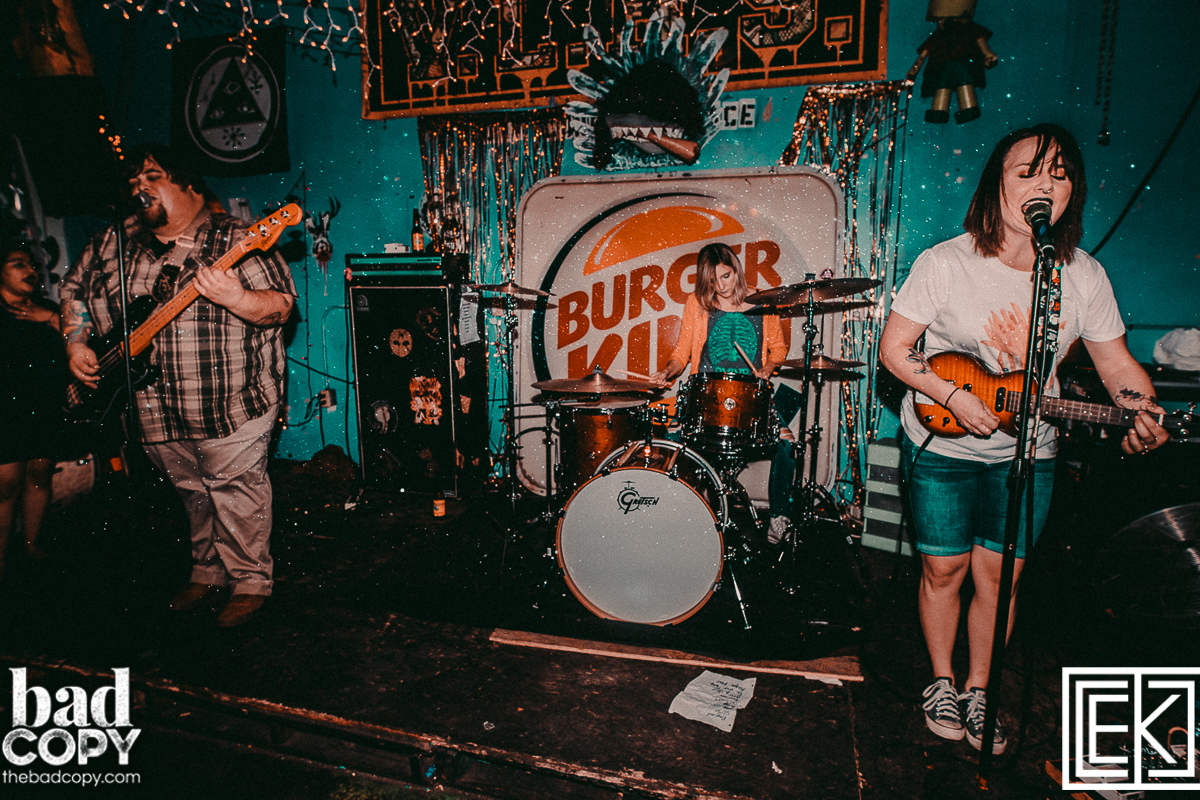 We pieced together a crazy text interview with Gabe, Melissa, and Brittany of The Stupid Daikini! The band talks about DIY fests, bands, food. Basically, everything we like!

Are there any other festivals like This is My Fest that you can recommend? 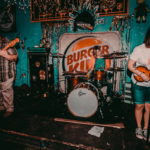 Melissa: Awesome Fest for sure! It always feels like a big, fat, sweaty hug. Everyone is there for each other and the music and love at AF is amazing! We did FEST for the first time last year, and Brittany is going back this year. That was a wild experience. I’ve never seen or been a part of something like that. Both are insane to go to and the fact the we get to play blows me away and is a huge honor!

Brittany: Awesome Fest is my favorite fest. It was my first “fest” and it feels the most home-y.

Do you have a favorite Bay Area food?

Brittany: Does San Jose count as the Bay Area? Because the orange sauce at La Vic’s is obviously going to be on my list of favorites. There’s a BBQ place, The Smoking Pig, where they have bacon wrapped jalapenos stuffed with cheese and sausage. The turtle shaped bread from Boudin is my favorite tourist treat.

Melissa: Those coyote turd things? I’ll agree, even for a person that doesn’t eat any kind of pork, The Smoking Pig has something for almost everyone. I LOVE FISH AND CHIPS! Pretty much every place we went on tour in the Bay Area didn’t disappoint on the fish and chips front. I haven’t eaten at a ton of places in the Bay outside of SF though, Boudin was by far one of my favorites. AMAZING chili! IN A SOURDOUGH BREAD BOWL. Man, I love food.

Brittany: Wolf turds. Which brings me to Question #4. One of our traditions on tour is to stop at The Smoking Pig so Brittany can eat wolf turds. I decided that’s a tradition now.

Melissa: I’m always excited to toyGuitar! I never get sick of seeing those dudes! Honestly, the whole line up is crazy packed with killer bands. I’m really looking forward to the weekend.

Does the band have any sort of fun tour “games” or “traditions”?

Melissa: Beside that wolf turds… well, the three of us haven’t been able to do a tour all together yet. But when it was just Brittany and me, we played this game on tour called Hypertheticals and that lasted us the whole trip almost, I’m a big fan of that. Blue Star Donuts!

If you could play with Bay Area band – active or not – which and why?

Melissa: 4 Non Blondes! I’m sorry, but Linda Perry is one of the main reasons I became a singer!