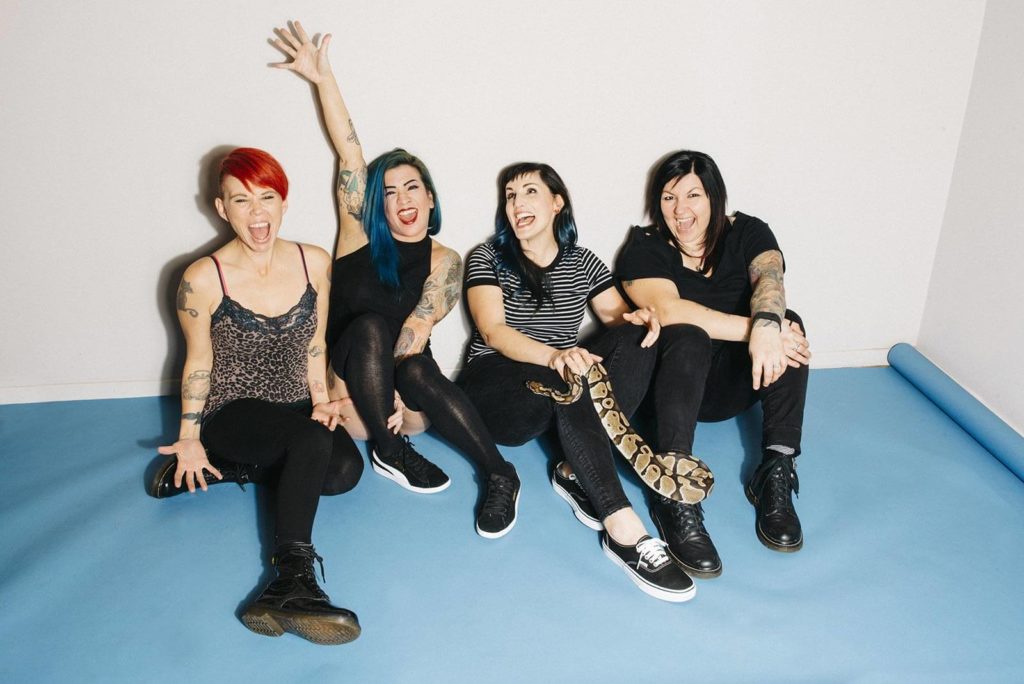 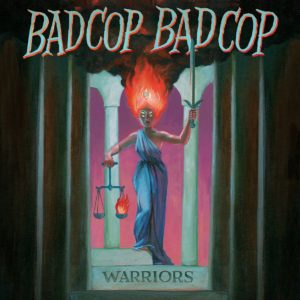 When I was ten years old, I went to my first concert. No Doubt had released Tragic Kingdom months before and my father drove my two best friends and me three hours so we could squeal while watching Gwen Stefani strut across the stage while singing her way through what I now deem to be one of the most powerful break-up albums of my time. As Gwen explained the unfairness of being seen as “Just A Girl”, I could actually feel myself changing forever. I should also mention that CIV and The Vandals were the openers, but that’s another story for another time. Why am I telling you all of this? Because starting at ten years old and moving on through the next twenty years of my life, there have been very few bands that have affected me the way that No Doubt did. 90s Gwen projected a strong, industrious, independent, fashion-forward female. She was who I aimed to be in my younger years. She made being a female cool in a sea of male dominated bands. Even 22 years later, the songs off Tragic Kingdom are more relatable to me than many others in my collection. And then Bad Cop / Bad Cop came along.

Hailing from San Pedro, CA, BC/BC is comprised of four of the most kick-ass humans you could ever hope to meet. While I, by no means, am attempting to glorify them as an ‘all female band’, I would be amiss to not mention the impact that has on me. Similar to seeing empowered Gwen in the 90s, the four women of BC/BC remind me through their actions in and out of the band that women are special, important, and belong anywhere that men do. Initially, I didn’t think that this was something of which I needed to be reminded. But as more women begin to move to the forefront of popular punk bands, I have started to realize how I had spent years not only physically living in a male dominated society, but lyrically as well. (For those of you who are quick to quibble, I’m not saying that women have not been involved in the punk scene in the past. But it cannot be denied that the call of Girls to the Front has seen a recent resurgence and revival that has torn down a number of gender walls and roles.). Bands like Bad Cop have made me realize that for years I had been trying to force myself to relate to lyrics of male-fronted bands that were clearly not written for me. Shared experiences (such as breakups or romance, both classic song topics) will differently translate for men than for women. I seemed to be always pining after that deep understanding I got when I first listened to songs like “Just A Girl”, songs that were written for me. While Bad Cop’s songs are laced with feminist battle cries, satiating my need, they don’t stop there. The band somehow has managed to be all inclusive, presenting full accessibility to everyone no matter the gender. This brings us to Warriors, the band’s sophomore full-length released via Fat Wreck Chords.

The album opens with “Retrograde”, a track about powering through and rebounding from all the bad shit life throws at you. “Retrograde” is a great example of how BC/BC perfectly crafts a powerful song that can be accessed by anyone. Singer/Guitarist Stacey Dee wrote this song about her personal struggles with drug and alcohol addiction. But to me, this track helps me relate to the sudden death of my father and how, after 5 years,  I have started to once again feel comfortable in my own skin. To someone else, it could be about getting over a bad breakup or an abusive relationship. It’s open ended enough that any listener can inject their own sense of self into it. “Broken”, heard later in the album, almost serves as this song’s forerunner. It’s about putting aside excuses for why you are the way you are and taking accountability for your actions so that you can strive to be better, to be happy.

Next we bound into new territory with “I’m Done”, the first track written and sung by bassist and powerhouse, Linh Le. This one tackles how gender roles are bullshit. Women are not weak and men shouldn’t need to hold themselves to stereotyped masculinity standards. Gender, overall, is worthless. Be who you are, who you are supposed to be, and drop the labels. Similar notes can be seen echoed in “Womanarchist” – the album’s first single – where Stacey weaves together some of the craftiest rhymes this side of 2017. She sings that she wants to make the whole world not only feminist but also humanist so we can all coexist. This theme runs strongly through the veins of Warriors and the motivation behind this makes perfect sense. Warriors was one of the first punk albums written post-2016 election. Remember when social media was aflutter with comments about how 45’s presidency will make punk great again? Well, here ya go! Bad Cop has handed you a plate chock full of everything we need right now – tolerance, strength, compassion, equality, and sympathy for others.

Similar to “Sugarcane” on their freshman album Not Sorry (Fat Wreck Chords 2015), Warriors contains a number of tracks that make me almost feel amiss when singing along. While “Why Change a Thing?” addresses women’s rights and male privilege, “Victoria” deals with the suicide of a family friend’s daughter. Singer/Guitarist Jennie Cotterill belts out “Brain is for Lovers”, a lament about the suicide of a friend from long ago who was an integral part of her growing up and into her own. The sheer power of and waver in Jennie’s voice makes my arm hairs stand on end with every listen. And then there’s “Kids”, a song that my be musically the best (or at least the poppiest) on the album, about a man who physically abuses his children. I continually catch myself nodding my head and guiltily singing “He beats his kids/ when he should treat his kids/ and buy them ice cream sandwiches.” But that’s the beauty of Bad Cop. They are writing catchy, poppy, and important songs about the controversy that exists in the world around us. They are able to bring pressing and pertinent issues to the forefront without verbally punching you in the face with them.

“Amputations” begins with Myra pounding out a slow and steady rhythm on the drums that lends itself to stomping and clapping along. Lyrically, it’s about cutting off toxic humans in your life in an attempt to save yourself from internal destruction. Again, we’ve all been there. The line “But with all this self respect/ I’ve lost my taste for bullshit” is everything that I have wanted to put into words since I turned 30 and made a conscious effort to try to stop caring about what others think about me, what they say, their high school minded drama and rumor spreading.

“Wild Me” and “Warriors” are back-to-back heavy hitters that perfectly lead into each other. “Wild Me” may be my overall favorite track; it’s hard to say since it seems to change weekly. Musically it chugs along, building intensity before breaking into an explosive chorus about fighting against oppressionist ideas of being that nice, quiet girl, better seen than heard, and letting your true inner self show through as wild and untamed as she may be. A megaphone speech documenting exactly the ideals in which this album founded is smacked right dab in the middle. Then suddenly, Stacey breaks through with a guttural scream rocketing the song into the second bridge and chorus. This is now THE song I listen to when I need a reminder to believe in myself. While that can sound a little after-school special, we all have times when we feel lost in our own skin and, for years, Bad Cop’s lyrics have brought me right back to myself. This brings us to the title track of the album, “Warriors”, the second of Linh’s songs. While the song has feminist undertones (and a fucking killer bass line), the message is projected on a much broader spectrum. “We refuse to look away and ignore issues at bay… We won’t take shit anymore… We are warriors.” It’s time to stand and fight for what we believe in – women’s rights, gender equality, humanitarianism, and so many other ethical issues that have been purposely overlooked since November 2016 and before.

Warriors exhibits so much more than BC/BC’s trademark three-part harmonies. While Not Sorry was a great album for 2015, the times, they are a’changing. Warriors showcases this through a sound that is both musically and lyrically so much more powerful than its predecessor. This album puts brains over brawn. It addresses key issues on a relatable level that almost mentally engages the listener in an open ended conversation. Bad Cop’s Warriors is not women writing music for women. It is a beautiful and masterfully crafted album created for the masses. Male, Female, Non-Binary, and all those in between, this album is for you because you are a person living with the highs and lows that life brings and because you are a fighter. We all are. Sometimes, we just need to be reminded of it.