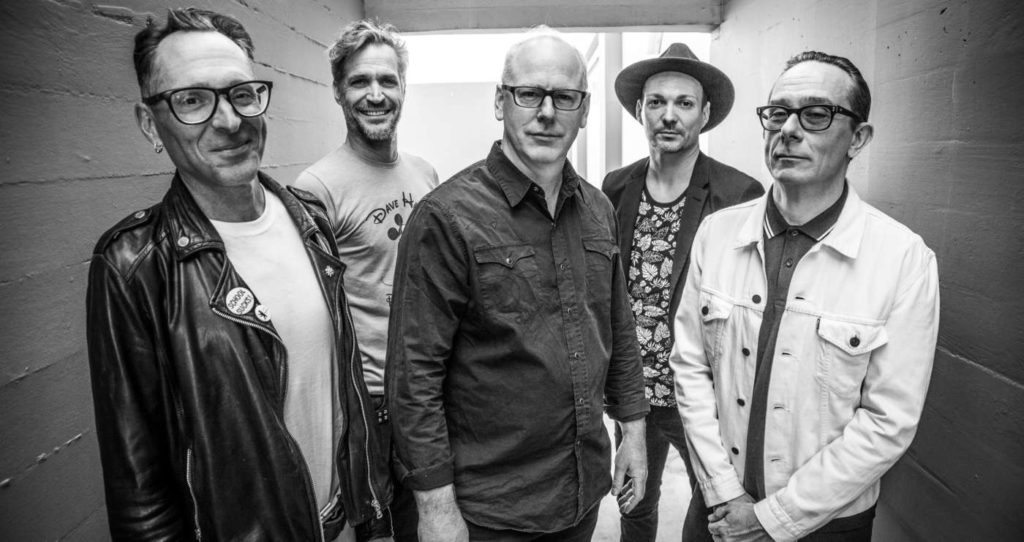 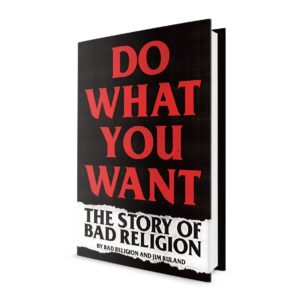 Do What You Want: The Story of Bad Religion

If memory serves me, the first Bad Religion album I bought was The Process of Belief in 2002 when I was 15. Of course before this, I had burned their CDs from friends, downloaded every song I could off Napster, and borrowed albums from the South Bend Public Library. But the band’s TWELFTH release was the first album I went out and purchased the day that it was released and damn is it a banger. In high school, I crutched hard on Bad Religion during late nights of studying and paper writing. I may have been a punk, but I was planning my great Midwestern escape. I was headed to the West Coast where I could be a student by the day and entrench myself in the scene I had read so much about by night. As an academic, I was taunted by my punk peers. It was during those years where Greg Graffin became an icon to me, reminding me that it was okay to be a well-learned punk, that there are people out there reading instead of partying. For this reason and many more, this band has been with me for over half my life.

2020 marks the 40th anniversary of the Southern California quintessential Punk band. To celebrate this momentous occasion and arguably one of the most impactful Punk groups in history, the band – along with Jim Ruland – released Do What You Want: The Story of Band Religion, their first autobiography. In short, the book gives you exactly what you came for – a no frills, fact-filled, page turning read which spans the extensive career of one of the longest running Punk bands in the biz. Ruland craftily weaves quotes from current and ex band members into an enjoyable narrative which really showcases Bad Religion as one solid entity despite a dizzying number of members (Good ol’ Wikipedia says there have been sixteen, past and present, but I can tell you that it feels like more).

Each chapter carefully lays out a specific era in the band’s history. From their humble beginnings fucking around in a San Fernando Valley garage lovingly referred to as “The Hell Hole” to surviving and thriving after the “democratization of Punk” to playing international stadiums packed with thousands of people, the autobiography doesn’t seem to miss a moment. And while understanding how the revolving door of band members, their personal lives, and addiction problems all play huge parts in the shaping of the band over the course of four decades is captivating, here is a short list of stories or anecdotes I found to be even more interesting:

As a musicophile, I loved reading about the chance run ins with icons like Darby Crash, members of The Damned, and the like. But one of the most interesting subplots of the book was the the rise and stumble and ultimate success of Brett Gurewitz’s Epitaph Records. Rutland dives into the label’s humble beginnings and has obtained an unabashedly honest narrative from Brett about his victories and failures as the label’s history runs through much of the book, just under the surface of the band.

All in all, this is a must read for any fan of Bad Religion, Southern California Punk (We Got the Neutron Bomb, anyone?), or Punk music in general. It’s truly jaw dropping to read how many hurdles the band has overcome over the last 40 years to make it to where they are today. And as their narrative moves further and further from the beginning, the choice of title becomes clearer and clearer. Bad Religion lost themselves along the way with experimental sounds, overzealous producers, and major labels. They are their best when they are the truest to themselves. They are their best when they aren’t stifled by others so they can do what they want.