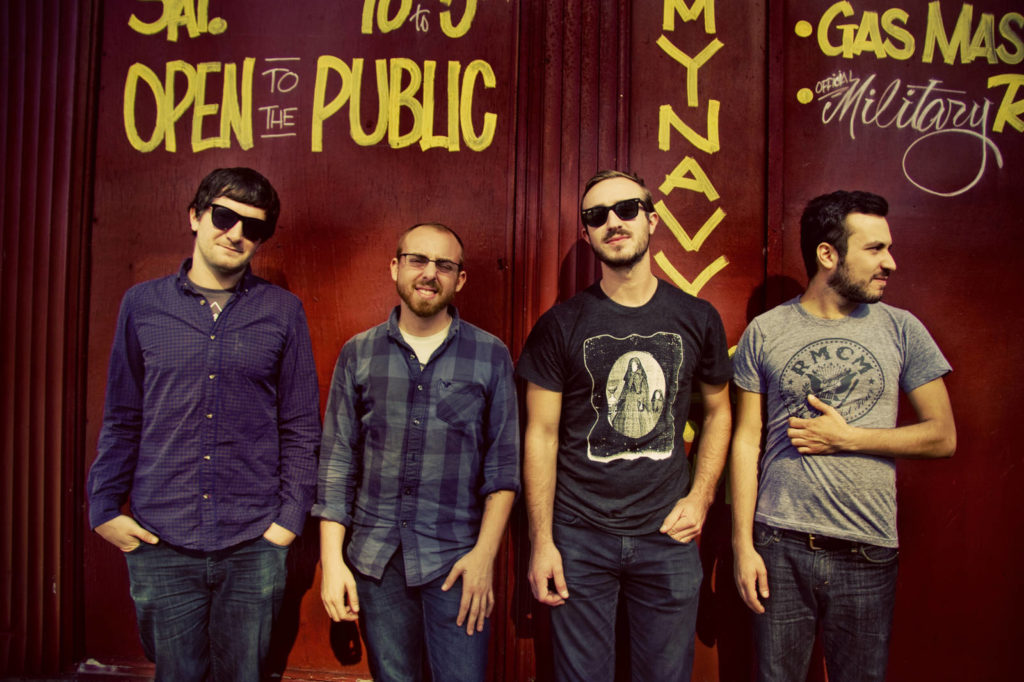 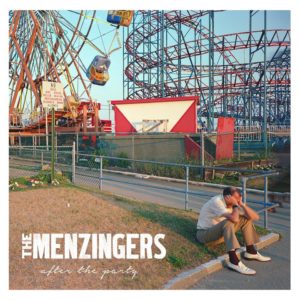 I’ve always had the opinion that The Menzingers‘ music is just okay. Not great. Not good. Just mediocre, middle of the road, fucking okay. They’re not my favorite band of all time, but they’re far from the worst. I also always had this nagging thought buried deep in my brain that I’m supposed to like this band more than I do, for some reason. So I would listen to their albums over and over or go see them play when they were in town, all in the hopes that something would click. Then I could finally join the ranks of The Menzies Army. But, it didn’t. Then one day, I heard On the Impossible Past. Musically, it’s nothing to write home about. Lyrically, it’s on par with all the worst kinds of bad high school poetry. And I loved every single fucking second of it. Then, two years later, came Rented World and I immediately regressed into my Menzingers apathy. All I could think was this album should be called On the Impossible Past Just without the Weird American Muscle Car References. I guess they didn’t want to venture into Fiona Apple territory. Either way, it was fucking lame.

Now we’re faced with the release of their newest record entitled After the Party and I, once again, find myself listening to a Menzingers album a million times hoping at some point this indifference towards it will go away. But alas, Rented World 2: Still Pining for that Impossible Past is a total snooze fest. Maybe I’m just bored with the whole ‘longing for the past and being a shitty twenty or thirty or forty-something year old loser who can’t figure out how to be an adult shtick’. I’m looking at you, Beach Slang! Maybe most of these lyrics are really just puddles masquerading as diving pools. I mean the very first fucking lines of this album are “Oh yeah, oh yeah, everything is terrible, when buying marijuana makes you feel like a criminal.” Jesus, where are you going to go now that your twenties are over? Apparently, shopping for cargo shorts at Old Navy. The album somehow gets worse from there with lines like “I held up a liquor store demanding top shelf metaphors” or name dropping Kerouac. It all reads like journal entries from an angsty 20-year old college student who recently discovered Bukowski.

Between the singles “Thick as Thieves”, “After the Party”, and “Lookers” plus the rest of the forgettable filler songs, we hit The Menzingers quota for cheap whiskey, bad tattoos, and packs of smokes. However, it’s on “Bad Catholics” that I believe we hit Peak Menzingers. The song tells the riveting tale of a man and a woman driving around stoned, getting pulled over by the cops, and let go. Then he sees her a few years later pregnant with her new husband and is sad and jealous. That’s it. That’s the entire song. It’s douchebaggery disguised as nostalgia.

A funny thing happened to The Menzingers. It seems like when Bret Gurewitz signed them to Epitaph Records after they released Chamberlain Waits, there was a stipulation in the contract stated “You must rewrite “I Was Born” a whole bunch. Don’t worry, guys. No one will fucking notice.” Now with the release of After the Party, The Menzingers have released that song an astounding 38 times, and so far, no one is the wiser.

Rating: Zzz’s out of Zzzzzzzzzz’s

After the Review: The crazy thing that boggles my mind about The Menzingers is the love they get from the Fest-core group. It’s interesting to see the same people who post status updates about how “uninteresting and boring white cis dude bands that only sing about girls” also turn around and declare their love for The Menzingers or Beach Slang. Both are bands who make the most boring white, cis, dude music about girls in recent memory. It’s funny to see who gets a pass on their music because the hypocritical hive mind won’t fully stand by their ideals because they like “Mexican Guitars” and want to all take turns crying in the pit so everyone can see just how sad they are. Because for attention starved leeches, it doesn’t count unless everyone fucking knows.