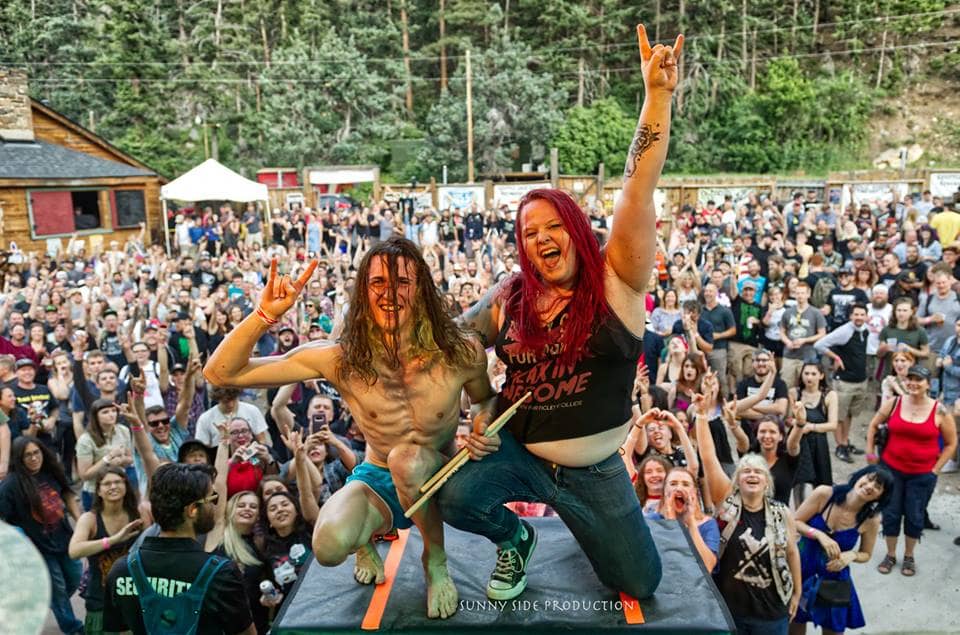 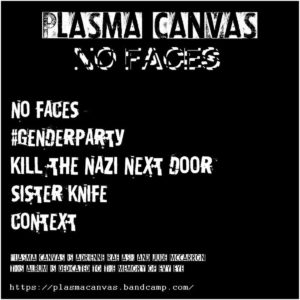 The duo captures the Punk Rock spirit and call-to-arms that most 30+ punks have long forgotten. Their classic “by-the-youth for-the-youth” approach to music is refreshing, to say the least. This isn’t Punk Rock for comfortable adults long past their heyday. These kids are on a mission and that mission is now. Every passionately delivered line of Adrienne’s lyrics affirms their belief that they can (and will) change the world. And they’re gonna have a whole hell of a lot of fun doing it.

The songwriting on their new EP, No Faces, has all the proper genre blending and bending elements to make it stand out HARD. While Punk Rock at heart, Plasma Canvas brings a super-fun 80s Rock vibe to their tunes. Healthy doses of Motorhead, Van Halen, and Cheap Trick influence can be heard throughout. And I’ll be damned, with the savvy Rock ‘n’ Roll guitar work and catchy as hell vocal hooks, this could fit right into the playlist of your favorite Classic Rock station if it wasn’t being sung by a fierce-as-fuck trans woman with lyrics like “I’m the thorn in your side, the stick in your eye / I’m queer as fuck and I will eat you alive.”

In addition to unapologetic transgender pride, No Faces addresses issues like the alt-right movement, the dangers of being passive in the face of oppression, and the complacency of the privileged. The attitude ranges from urgency to comedy, making this release musically, lyrically, and consciously well-rounded. There’s even a stellar love song, “Context,” which has a vocal hook and musical presence large enough to be the final encore song at any classic 80s arena rock concert. Simply put, Plasma Canvas is a lightening-rod. I can’t wait to see how far they go.