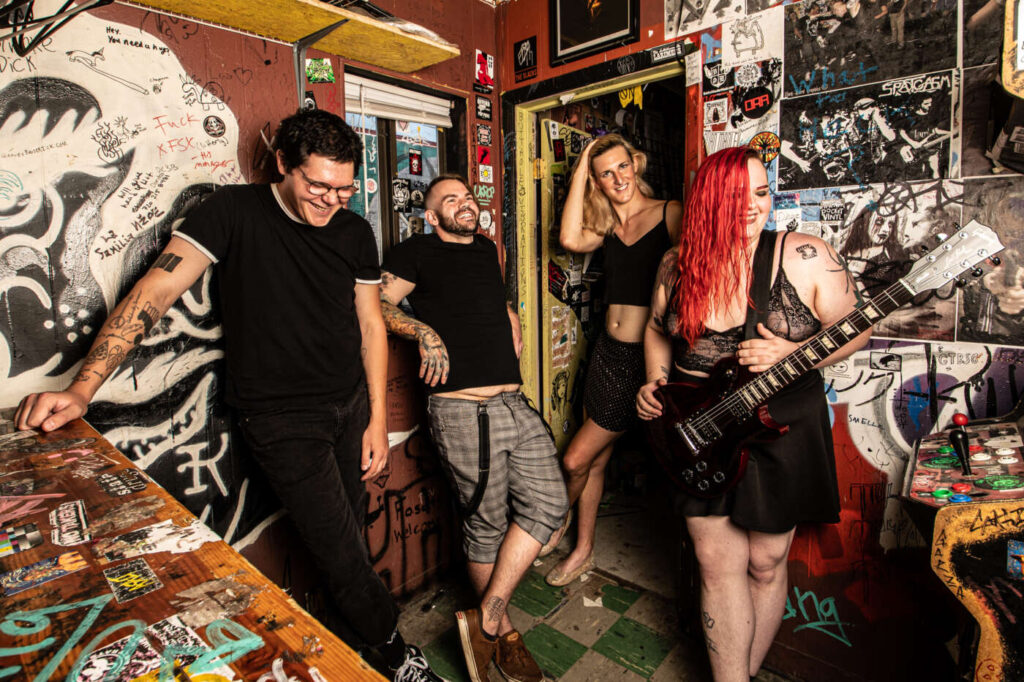 Coloradan Punk band Plasma Canvas has released their new single, “Blistered World,” along with an accompanying video. The band has also announced the release of their upcoming album entitled DUSK, which will be out in February 2023 via SideOne Dummy. The new album is the first to feature Plasma Canvas as a four-piece, building on the founding duo of Ash and drummer Evalyn Flowers. With the addition of guitarist Frankie Harlin and bassist Jarod Ford, the band is finding strength in numbers.

The twelve songs on DUSK were captured at The Blasting Room in the band’s hometown of Fort Collins, Colorado; engineered by Andrew Berlin, mixed by Jason Livermore and produced by Descendents’ Bill Stevenson. Through these carefully sequenced tracks, the album takes listeners on Ash’s personal journey through life and death, abuse and recovery, sobriety and relapse. The result never feels alienating in its specificity though, it’s a shared space, or as Ash puts it “the album is a place and the listener gets to hang out there for a while and process a lot of emotions from beginning to end.”

“Blistered World” is the band’s first release since they made their 2000 SideOne Dummy debut with the KILLERMAJESTIC EP. That five-track collection was infused with deep-seated agitation guided by singer/guitarist Adrienne Rae Ash’s reflections on coming out as a trans woman in 2015 and the realization by 2020 that even just existing as such is an act of rebellion.

Check out the video for “Blistered World” below and keep checking back for more from Plasma Canvas!