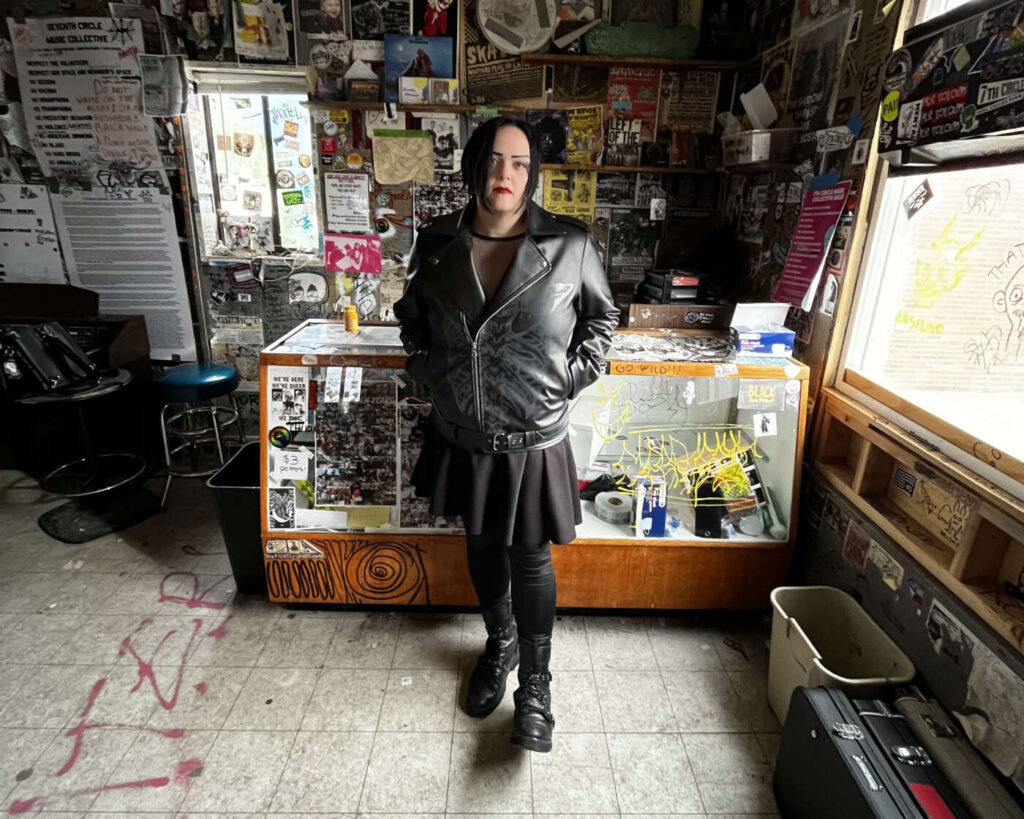 Colorado-based Plasma Canvas has released a new single to kickoff the 2023 year. “Election Year Relapse” is a melodic punk ripper that delivers a withering indictment of mainstream politics. It’s the third single off the band’s highly anticipated sophomore release, DUSK. The new album will be released this February via SideOneDummy.

Singer/guitarist Adrienne Ash had the following to say about the new track:

That the song is “that warm, numb place between boredom, frustration, hopelessness and the coping mechanisms we develop to deal with the loss of our spark. Combine that with the cynicism of being a marginalized person who’s constantly told to vote a certain way, while everything stays the same: the pile of depression dishes, the dirty laundry cluttering the floor, the past-due bills looming overhead, and being hated by legions of people just for existing. What’s the point? I’ve heard it all before.”

The twelve songs on DUSK were captured at The Blasting Room in the band’s hometown of Fort Collins, engineered by Andrew Berlin, mixed by Jason Livermore, and produced by Descendents’ Bill Stevenson. Through these carefully sequenced tracks, the album takes listeners on Ash’s personal journey through life and death, abuse and recovery, sobriety, and relapse. The result never feels alienating in its specificity though, it’s a shared space, or as Ash puts it “the album is a place and the listener gets to hang out there for a while and process a lot of emotions from beginning to end.”

Stream the new single, “Election Year Relapse,” below and pre-order your copy of DUSK either digitally or on on double 12” vinyl in a limited edition red and black colorway. Plasma Canvas has also recently announced a series of special home state shows to celebrate the release of DUSK. Check out those dates below!