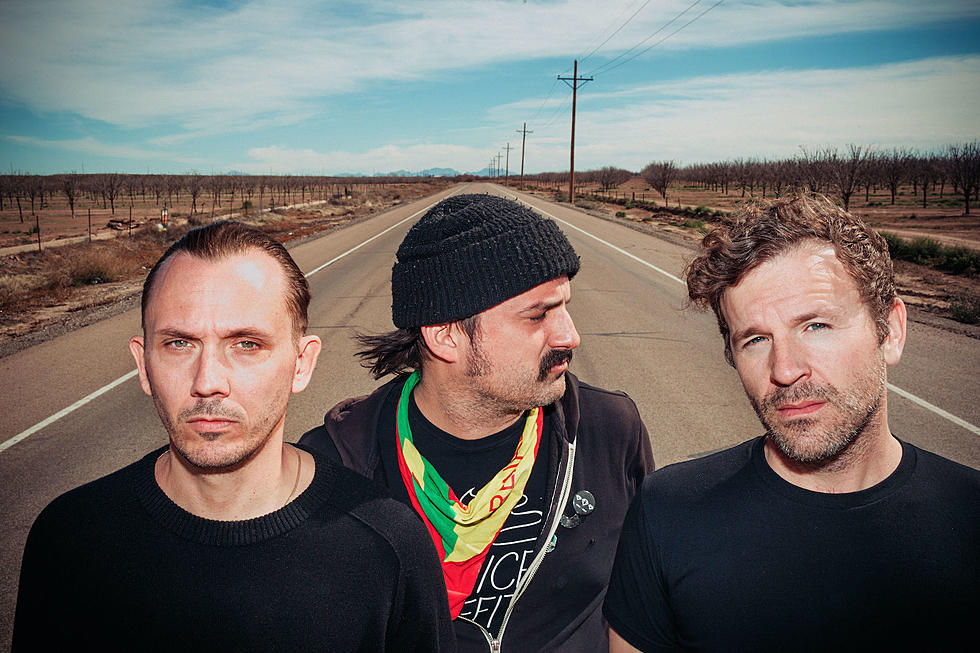 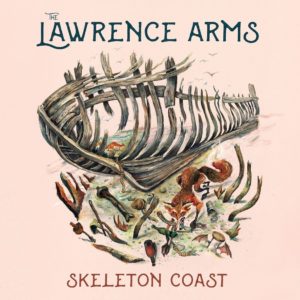 Chicago has given us some of the raddest bands: Alkaline Trio, Smoking Popes, Smashing Pumpkins, Rise Against, and a bunch more. The Lawrence Arms is yet another one of Chicago’s greatest contributions to the Punk genre. I’ve been an Alkaline Trio fan since high school. They got me into Punk Rock music and helped me discover some of my favorite bands. I’ve known that these two bands are longtime friends, but I never really went out of my way to listen to The Lawrence Arms and I wish I knew why I hadn’t. After listening their latest release, Skeleton Coast (Epitaph Records), a handful of times, I’m kind of disappointed it took me so long because I’m obsessed with it. I’ve probably listened to it five times in the last two days alone and I think I’m ready to talk about it.

As soon as I started this record, I was hooked. I’m a sucker for a strong intro song on a record and “Quiet Storm” perfectly kicked it off. Every track kept getting better and better, and there’s not a single lame song on this record. I know some people that don’t like this record, and that’s totally fine. For me, I love just about everything about it. Is that biased or unfair since this is the first time I’ve really listened to this band? Yeah, most-likely. But this is my review, and if you don’t like it, write your own.

Being a musician, I find myself listening to the instruments and picking apart the music versus the lyrics. I’ll listen to a song ten times and not remember a word, but remember the drum beat. As I’ve gotten older I’ve began to appreciate musicianship and instruments rather than the lyrics. That’s what struck me about Skeleton Coast.  The guitars sound crisp, the bass sounds big, and the drums are tight and loud. Matt Allison, who produced the record, did an incredible job of making this record sound as polished and clean as a Punk Rock record can get. The band did a knockout job of writing an album that sounds like something totally new for them, while also keeping up with everything people have come to love about this band.

My favorite song right now is “Last, Last Words.” The vocal melodies are catchy as hell, and the bass in the chorus gets to me. One thing I loved about this song is the imagery that Chris [McCaughan] paints in your head. I’ve always really liked more romantic, visual songwriting. That’s probably why Dan from Alkaline Trio’s songs are dear to my heart, but that’s for another time. I replayed this song about 10 times in a row just to hear the chorus again. It’s also one of those songs where I find something new with every listen.

Another track I really love is “Goblin Foxhunt.” The title is rad as hell, but the song itself is so well-constructed. The song starts off a little crazy, but the ending is where the song really grabbed me. The ending is my favorite for one reason: I love clean, constant picking and drums while the bass does all the work. While I’m new to this band,  I can say Brendan [Kelly] is becoming one of my new favorite bass players and his work on this record is outstanding.

The last song I’ll offer my two cents is “PTA.” This was actually the first song that really caught my attention and made me eager for the rest of the record. Also, this is one of the songs that made me feel dumb for not getting into this band sooner. It’s one of the catchier songs on the record and one of my favorite Brendan songs so far. I’ve noticed that a lot of his songs are grimier Punk songs, but this one seems kinda sweet in a way. I also really loved figuring out what “PTA” meant. If you listen to the song a couple times, you’ll get it.

Skeleton Coast is on its way to cementing itself as one of the best records to come out this year. Every year, I try and make a Top 10 list of my favorite new records, and this one was on that list before I’d even finished the damn thing. It’s a really fun record and I cannot wait to take a deep dive into their discography to find what I’ve been missing. I have a feeling they will make a home in my heart with the other bands that are their kin.  If you haven’t listened to it yet, please do. If you’re reading this and thinking “This guy rambled and didn’t elaborate much on the songs,” it’s because I wanted to give you a little somethin’ to pique your interest and get you listening to it yourself.  If you’re reading this and thinking “This guy sounds interesting and has some really great takes. I’m gonna check it out,” then my work here is done. Thanks for reading this and I hope you enjoy this record as much as I do.