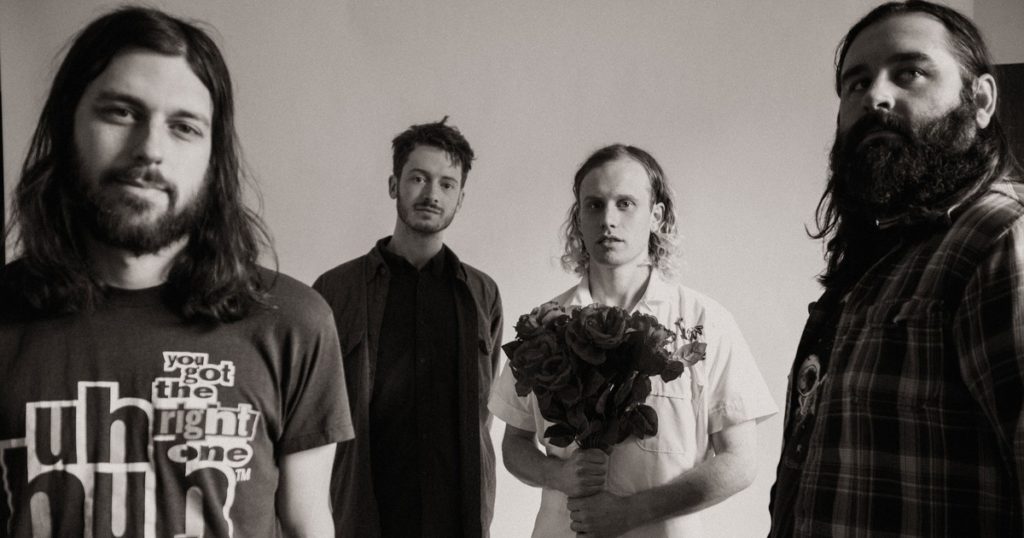 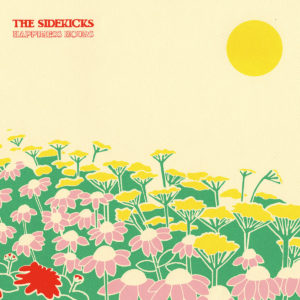 It’s been over six years since Ohio rock and rollers The Sidekicks put their monumental album Awkward Breeds out there for all to enjoy. After two previous efforts of rollicking, Midwest inspired punk-ish songs, the band added a bit of restraint to their sound. Moving the focus to the vocal harmonies and tighter songwriting proved to be a great maneuver. That record has been one of my low-key favorites and the standard bands like Weezer wish they could still achieve.

This past winter in Chicago felt particularly oppressive and never ending. When it became apparent that there were going to be more snow days in April than December, the animosity people were feeling was palpable. One of the few things giving me hope enough to carry on was the announcement that The Sidekicks would be releasing new material. I don’t know how exactly one would organize a mutiny against a season, but the promise of forth album Happiness Hours played a big role in me not looking into it further. The singles “Twins Twist” and “Don’t Feel Like Dancing” teased us with the kind of deceptively sad songs masked in upbeat melodies for which the band is known. They were just what I needed to get me through the last hurrah of a winter that simply refused to let go.

Happiness Hours is the second release by the band on Epitaph which is such a weird sentence to type out in 2018. In world where Napster killed off a bunch of my favorite labels, I guess Epitaph seems to have no problem consistently putting out (mostly) quality music like this. It’s weird to think of Bad Religion, Parkway Drive, and The Sidekicks being label-mates, but that’s the reality we live in.

Regardless of who put out the record, Happiness Hours is a brilliant meditation on the effects the simple passage of time can have on a person. It is resoundingly tinged with sadness throughout, but somehow still optimistic in exploring what can be gained from these experiences. Singer Steve Ciolek is one of those rare few who explores the full registry of his voice as an instrument. As fun as it is to hear those high notes hit on record, it’s live where he truly shines. I can see songs like “Weed Tent” and “Summer and the Magic Trick” being prime examples of this. Underneath all the riffs that reel you in is an intricate rhythm section playing fancifully and adding another element of fun to the equation. While it may seem simple, the fills and timing offer their own level of complexity without being overpowering. Check out “Serpent in a Sun Drought” for a prime example of what a good tempo change can add.

As much as I wanted to like The Sidekicks last album, Runners in the Nerved World, something about it never really clicked with me the way Awkward Breeds did. There wasn’t anything that comes to mind as to why; it just never had a lasting impact. I found myself having the complete opposite experience and becoming immediately hooked on Happiness Hours. I have no idea what happened to the band over the last few years, but when I saw Steve show up in Saintseneca, I thought The Sidekicks was done. At some point Matt just stopped being in the band, which is a shame because I really liked his harmonies. Thankfully, whatever went on has served to fuel some of the best songs the band has released. This is the kind of album that will be the perfect soundtrack to backyard hang outs, long bike rides by the lake, and really summer in general. Listening to Happiness Hours is a lot like what I imagine what it would be like pouring warm caramel in your ear. I don’t know how satisfying that would actually be, but I bet it would be nice if it weren’t so sticky. Maybe just listen to the album instead of putting candy in your ear.