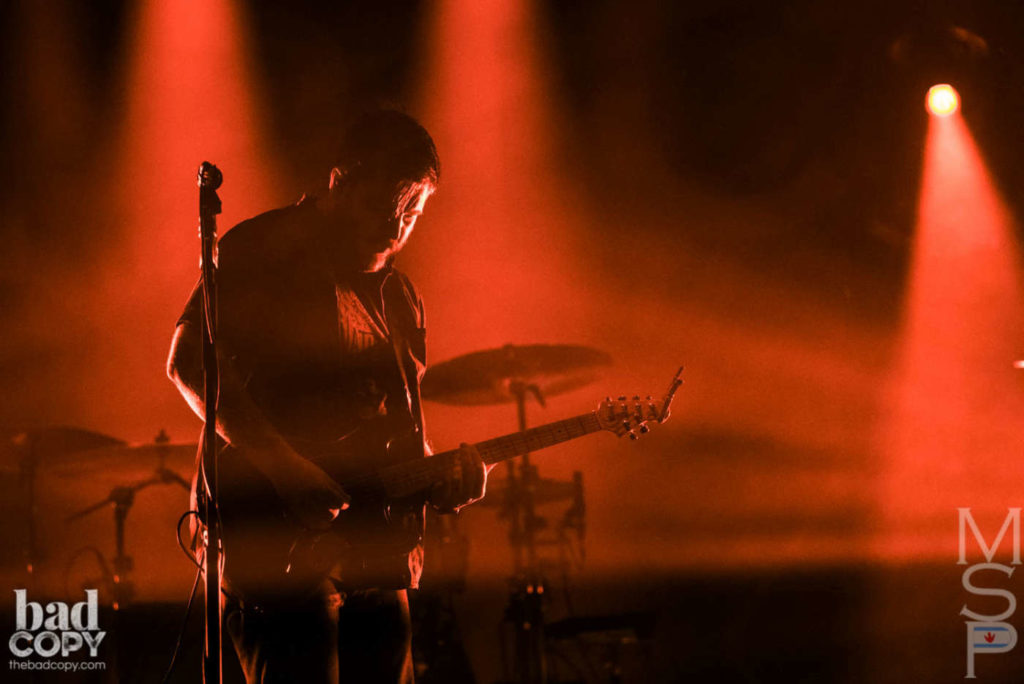 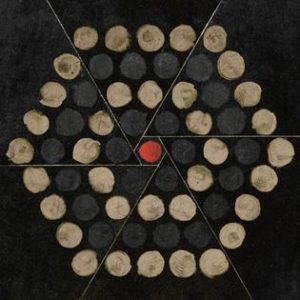 When the number of albums a band has released hits double digits, the most fans tend to hope for is an adequate offering of songs good enough to be peppered in with the older stuff while they go grab a beer during their live show. I had to check my math when I saw that Thrice would be joining this club (the trick is to simplify their four Captain Planet themed EPs to two full lengths). Palms is the band’s tenth album and was released on Epitaph Records, no less. The label choice makes sense; Thrice has been around long enough now that I’M getting offers to join the AARP.

As a longtime fan of music, I’ll admit that my having expectations that tend to decrease with the more material a band puts out is lazy and unhelpful. But Thrice has not always been the best argument against that idea. Despite consistently enthralling and engaging live shows, this band has some tough-to-love albums in their catalog. Breaking up for a while did seem to put them on a newer, reinvigorated track, as demonstrated by 2016’s To Be Everywhere is To Be Nowhere. While not perfect, the band made an impassioned case for why they are still worth people’s attention after all these years. Palms picks up right where that album left off and takes it a step further.

The opening 1-2 punch of singles “Only Us” and “The Grey” sets an energetic and optimistic tone that maybe the band has discovered a similar spark that made them so attractive in the first place. The keys, bouncy and bright, are undercut by the same driving and warm bass line found running through the veins of every Thrice song. Dustin Kensrue’s vocals are as intense as ever and posses a gruffness reminiscent of The Artist in the Ambulance. Touching on subjects of personal growth and self reflection, we get to meet a more mature and subdued Thrice than the days of Identity Crisis and The Illusion of Safety. In the past, this has meant the band was about to get real weird. Thankfully, Palms remains grounded and well rounded. I found myself with the choruses to the slower songs like “The Dark” and “Everything Belongs” stuck in my head more than some of the heavier bangers.

Speaking of which, “A Branch in the River” and “Hold Up a Light” are the songs that people who only listen to the older records will say “sound like Thrice.” They’re not wrong. In the former, Eddie Breckenridge’s sludgy bass tones are highlighted while brother Riley pounds out a blistering snare beat. The rise and fall of the song’s pace perfectly highlights the feeling of being surrounded by rushing waters. The follow up is Thrice wading deeper into the waters of angry political metaphors with the harsh, guttural vocals to back them up. Over and over again, Thrice’s unwillingness to be pigeonholed is showcased in Palms and nowhere better than “Blood on Blood”. I can’t say I remember the last time I heard a rock song with a harp solo, but here it is. Clearly, Thrice couldn’t totally resist being weird. I will say that once I stopped laughing when that part came up, I was able to appreciate the song much more.

When I tell people Thrice recently released a new record, most have no idea they’re even still around. That’s fair. They’re one of those bands who seem to have very little attachment to their past and are always looking to carve out a new niche for themselves. Going away for four years doesn’t help much with visibility either. After Vheissu, they got too weird for me and gradually became a band I only keep an ear out for out of curiosity more than anything. Since their return in 2015, I have developed a newfound appreciation for Thrice. Will songs about personal fulfillment, finding balance in your life, and holding onto hope have as lasting of an impact as the Thrice we all grew up on? Only time will tell.

Listening to Palms is like getting back together with an old friend and not missing a step. While the nature of your relationship may have changed, all of the elements that made it so strong in the first place are still there. There are still plenty of adventures left to be had and if you haven’t checked in with Thrice lately, now is a great time to get back in touch.