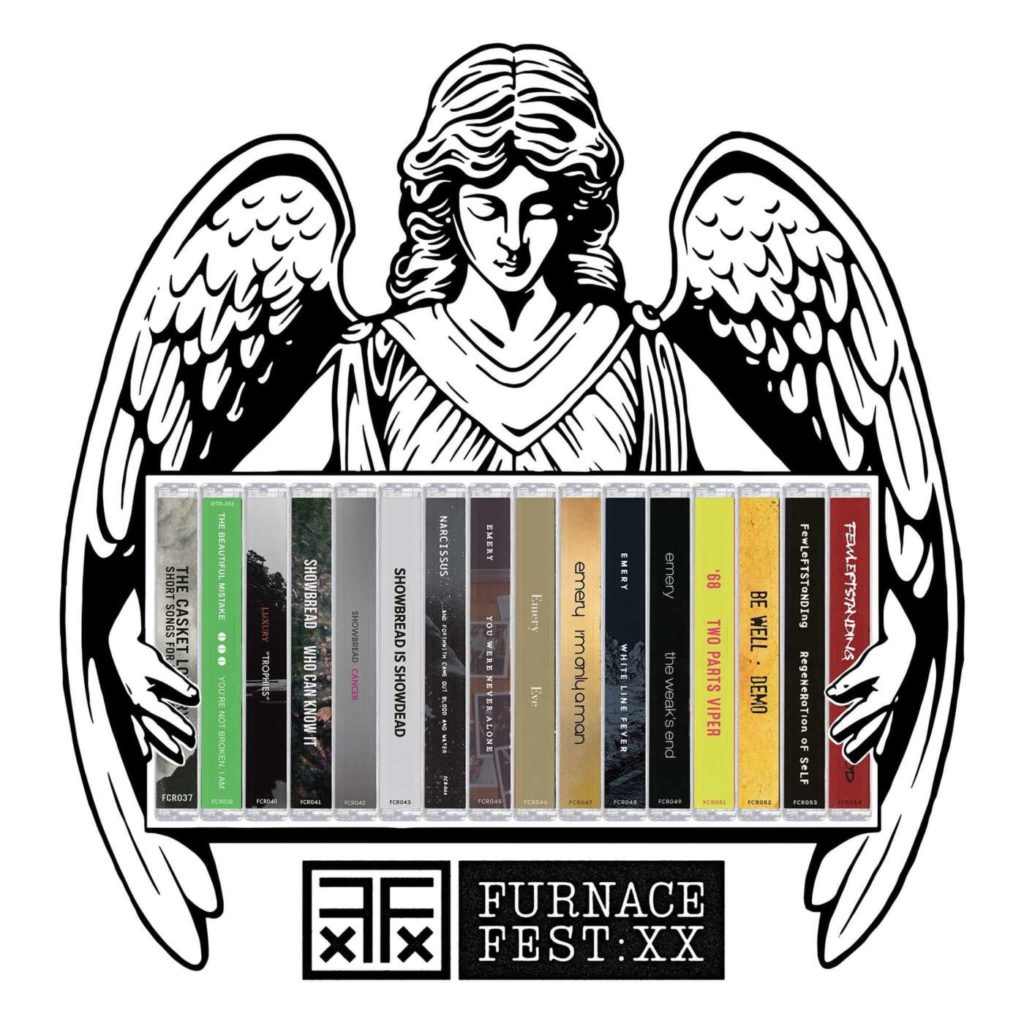 Friend Club Records has announced that it will be releasing 16 limited edition reissue cassettes (with 125 copies of each) for sale at Furnace Fest. In conjunction with the Fest – which will be held this weekend in Birmingham, AL – Friend Club will be donating $0.50 per tape sold to Heart Support to support folks in need of mental health during this current crisis.

Varying from classic albums released years ago (FewLeftStanding, Narcissus) to current hits (Be Well, The Casket Lottery, Emery) the Friend Club Furnace Fest Collection is a chance to obtain amazing albums in a fresh format.

“When we first saw Furnace Fest bringing together all these classic bands, we wondered what we could do to support these bands. Firmly believing music should be something you can hold we set out to reinvent some titles of import to us on cassette. What started as a dream to do a few albums has turned into a 16 tape collection that we couldn’t be more proud of. Partnering with graphic artists Meatyard and Nicole Schoenholz we’ve been able to recreate these albums in a way that is true to the original and yet exciting.”

“Furnace Fest is first and foremost, a community, a family even. To have Rob and Friend Club reissuing some incredible albums on cassette – and then giving back to Heart Support in the process – is proof that we’re all in this together. We’re honored to play a small part in bringing everyone together.”