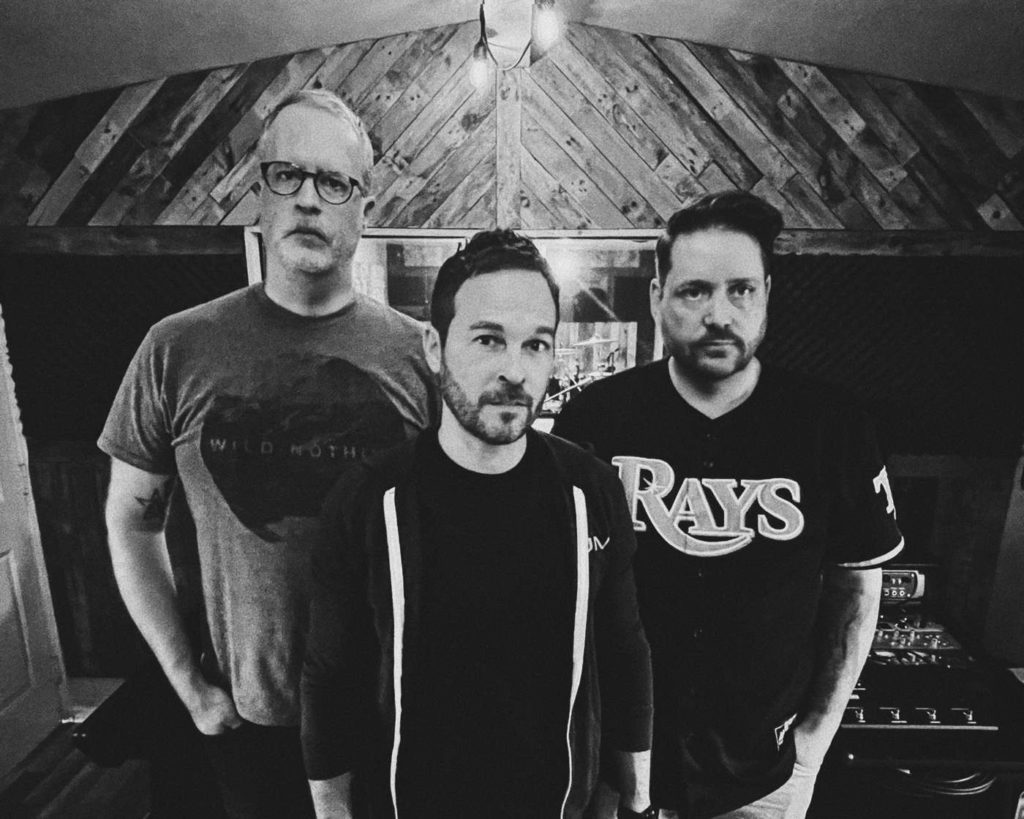 Riot For Romance has announced the release of their self-titled EP on February 11th via Steadfast Records and Friend Club Records. The band blends Post-Punk, Shoegaze, and Post/Alt-Rock vibes to produce their brand of Rock and Roll.

Having collectively cut their teeth in bands like Sleeping By The Riverside, The Sincerity Guild, Maylene and The Sons Of Disaster, Underoath, and Never Enough, the bandmembers bring over 20 yeas of experience to the table.

To the trio, each member has a broad stroke of contributions: Jason Hansen lends lead vocals, guitars, and keys; Brett Miotti offers bass and ambient sounds galore, and Kelly Nunnbring plays drums and guitars while tweaking knobs and faders. As equal partners in songwriting, they clearly have their sights set on leaving an imprint on music.

Earlier this week, the band released the first single and an accompany lyric video from the EP. Watch “The World And It’s Weight” below!