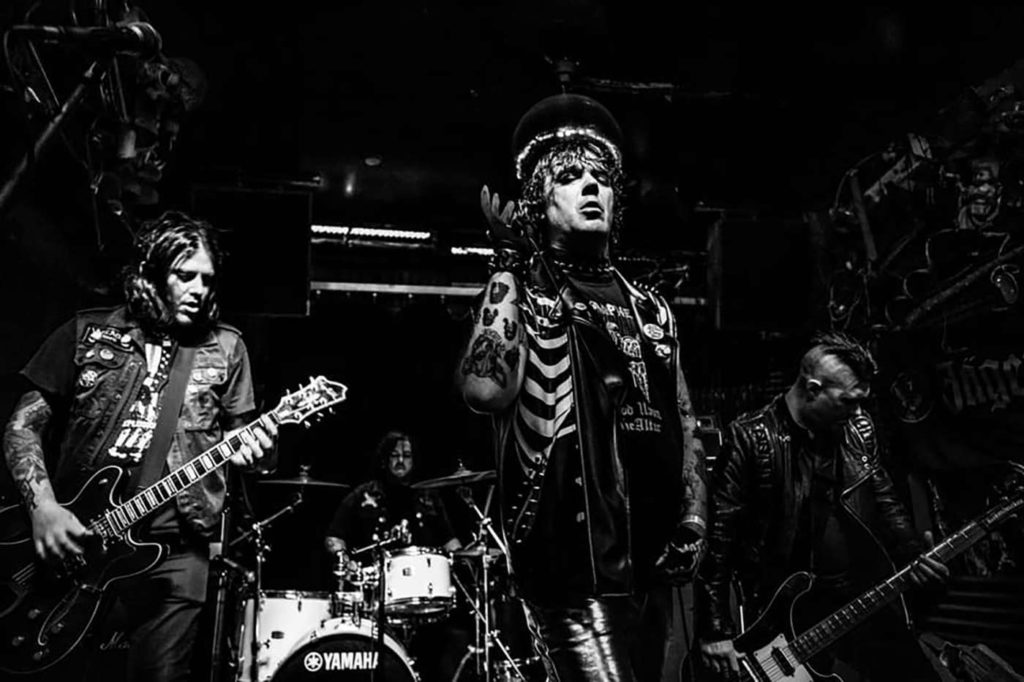 Vancouver/Toronto-based Rock band The Black Halos will be releasing their new EP titled Uncommonwealth via Toronto’s Cursed Blessing Records next month. The three track album was recorded from a distance by Sean Pearson at Boxcar Studios in Hamilton along with additional recordings by Rich Jones at Rich’s house and Eric Breitenbach at The Spot in Vancouver. It was mixed by Rich Jones & Danni Action.

In 1999 the group released their self-titled debut record on Sub Pop imprint Die Young Stay Pretty before switching to Sub Pop proper and releasing a stream of albums while also shuffling members throughout the years.

Band member Billy Hopeless had the following to say about the new album:

“What can you do when life gives you lemons you ask ? Well squirt the juice in its eyes I reply, and that’s exactly what we’re doing with this new 3 song EP! Just take the lyrics ‘It’s the punchline line of the century that Brian Jones sunk like a stone’ from the song ‘Fossil Fuel’ and the line ‘So this is what it looks like under the bus!’ from the title track ‘Uncommon Wealth.’ We’re not talking ballads here, kids. Finishing it off we got a cover of the song ‘Shoot You Down’ by the British gem of the delete bin band, Birdland, that we fell in love with and used to jam in the early years. We hope these three offerings will keep you burning until the upcoming, soon to be announced, full-length.”

Stream the new 7″ below and preorder your copy today!