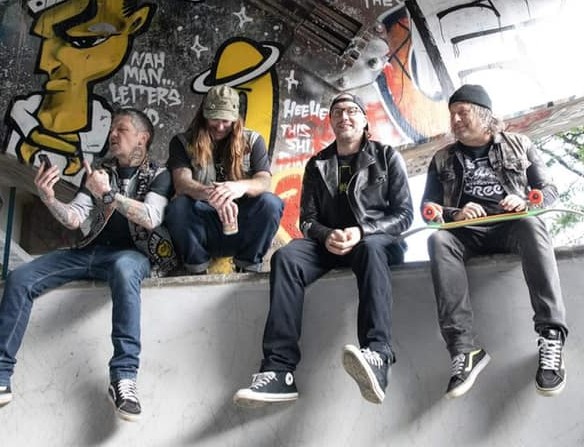 Today, we’re premiering a brand new one from Victoria, BC’s Fully Crazed. The song is called “Raw Powerslide” and it will be featured on the band’s first full-length album, Off the Hook, which will be released via Cursed Blessings Records.

The album was recorded in a weed dispensary by Jak Tripper, mixed by Josh Torrance and mastered by Scott Middleton (Cancer Bats). The band includes ex members of Dayglo Abortions and ShutDown and all are members of Jaks’ Skate Team.

Listen to the new single, “Raw Powerslide,” below and keep checking back for more from Fully Crazed!