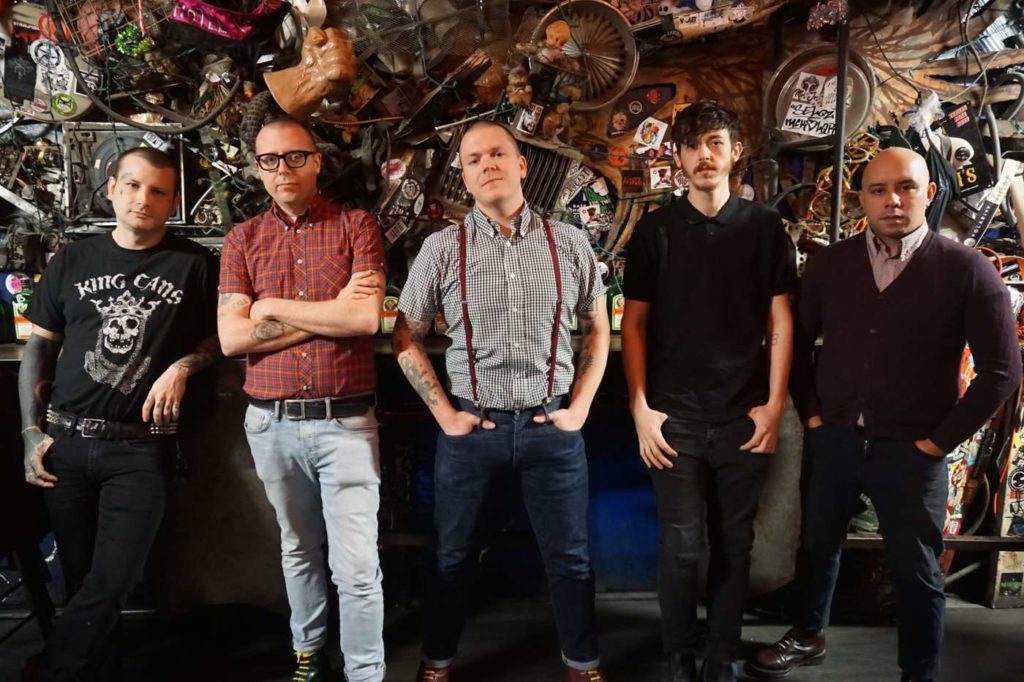 Toronto’s Rough Cuts and Sunderland, UK’s Red Alert have announced that they will be releasing a new split EP in August. The new album will be released through Ontario label Cursed Blessings. Pre-orders are available now!

Rough Cuts, a five piece Oi! band, writes songs which combine elements of old school English and French Oi! with Hardcore and Street Punk. Their side of the split was recorded and mixed by Byron Pickles at The Farmhouse in Toronto and mastered by Graham Riddle at Wayfarer Sound in Calgary, AB.

The band had the following to say about the new single, “Knockout Saturday”:

“Knockout Saturday is about our local Reggae/Ska/Soul DJ night here in Toronto that was a staple every month, prior to the pandemic, and what it meant to meet up with friends, listen to great music, and have a good time.”

Red Alert is a legendary Oi! Punk band which originally formed in 1983 and disbanded soon after. The band re-formed and began recording again in the 90s and released a number of albums thereafter. Their side of the split was originally released in Europe on France’s Dirty Punk Records. It was recorded and mixed by Dave Curle at First Avenue Studios in Newcastle, UK and was mastered by Graham Riddle at Wayfarer Sound in Calgary, AB.

Listen to Red Alert’s “Too Many Goodbyes” below and keep checking back for more from these bands and Cursed Blessings Records!